What is your biggest yoyo pet peeve?

No names of yoyos posted in mailday / throwing topics. C’mon, we are not all yoyo hipsters that can identify every yoyo on sight…

Say that again louder for those in the back.

I got a MagicYoyo holster somehow but it swung around to much for my liking, these are much more stable.

Yes, that is a problem with most holsters these days. They bounce all over the place.
When I made mine from paracord, I ended up with a similiar design: 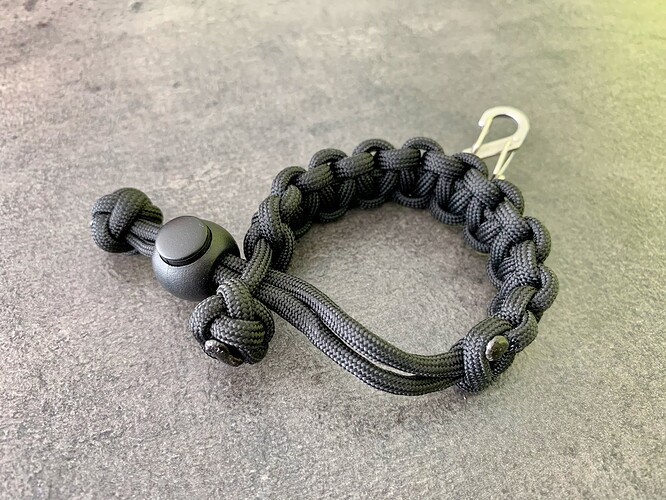 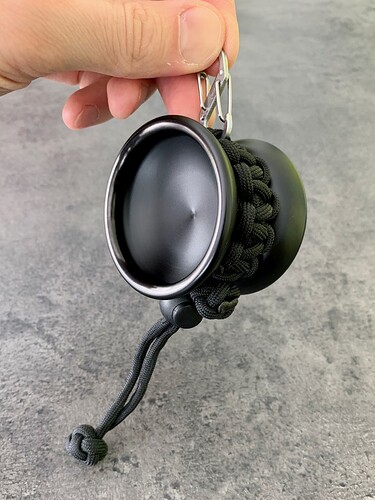 I used a Nite Ize S-Biner for even less bounce.

I think I figured it out.

Mint = Never came out of the box, bought 2 in the expectation of selling one never opened.
? Or I opened it threw it did not like it and put it back in box to sell.

The peeves
Near Mint = I found something I do not like, let’s see if you can find it.

Plays smooth = damage the seller does not think effect play.

Have a great rest of the week

People who yoyo for the attention.

I have a couple of friends that just do it to impress girls
Its so annoying!

Um, does that actually work?

That was my thought as well.

From my experience, with the girls in my life that have “ seen “ me and my yo-yos, and seen me throw them too.

Women, girls… well anyone in general that initially likes what you are doing, but later to become annoyed by the very same thing you were doing because they really did not understand the depth to throwing touches one’s life and realized at some point this is going to continue. That person or persons is probably going be an issue sooner or later.

By the way let them boys carry their own bricks.

Everyone have an amazing rest of the week.

Amen to this, is the same thing with music, at the beginning everyone think you are super cool until they discover that you need to practice 3/4 hours a day, go to lessons, spend money on strings/lessons/books, you have a very tiny amount of free time and your life more or less involve around that, when they discover that or you get left behind or there are many fights.
I believe is pretty much the life of an “artist” (yoyo, music, painting all the creative stuff that exist)

This is not only limited to creative artforms, it pretty much applies to any kind of hobby or sport with a more or less steep learning curve and necessary regular training intervals to become better or retain the acquired level of skill.

People that do not understand this usually do not have anything offer that fits the above genre, most of times putting “not enough time” as justification for not doing so, while staring at their smartphones for hours and hours in their free time.

People that do not understand this usually do not have anything offer that fits the above genre, most of times putting “not enough time” as justification for not doing so, while staring at their smartphones for hours and hours in their free time.

This quote written on the rock!

It’s unbelievable how much I can relate to all those posts and feel understood by other people here.

By my ex-gf (more than one) or even friends I get always told off about the amount of time I spend alone doing my stuff (music and yoyoing in my case but as you said it can apply to everything) while literally they spend ages just scrolling at IG post or TikTok videos on how to make a sandwich or “how I dress when I trash the bin bag” or whatever they want or getting wasted in a pub and labelling it as “fun” (which every now and then it can be fine but for sure not every weekend) or even worst when you agree to go out and have a evening out and most of the time they pass their time scrolling in real life and barely talking and stop just to take “the fake smiley selfie”.

Verry true, thaTs why it annoys me,

Cuz it doesnt even work XD

Alright not a whole lot of experiance here hahah, but this is my own personal pet-peev right now.

To begin I’ve got to explain something; I’m ampdextiours at lest in the sense that I do almost everthing right handed except for writing, and well yo-yoing.

I was stupid a about a about a month and a half ago, fell and messed up my left elbow pretty dern bad. About two weeks BAM!!! I start throwing my yo-yo…With my left hand. Three weeks into throwing, and my elbow doesn’t feel any better b/c well…I wasn’t giving it any rest.

Woo that was pretty long way to say it SUCKS having to re-learn or…Teach my right hand how to yo-yo. I’m seriously struggling with the break away throw. (which I’m not even sure I do correctly with my left) theres like this disconnect with my brain and my right hand it just…won’t do it lol

The long answer is:

I had a buddy that claimed he could never play guitar because he was unable to play an open G cord right away. Said his hands don’t work like that…yeah man it’s called practice. No one can do these things right away.

Some people can’t wrap their heads around how hard little things can be.

It impresses way more dudes than girls in my experience. Sometimes I think I should have stuck with guitar lol.

True, it doesn’t come naturally to anyone is what a good friend says. He would forget to go to work because he got lost in practice

If something comes easy I get bored

I dunno about that…there’s one lady that I’ve been able to get an “ooo” and “ahh” from after a cool trick sometimes.

She’s probably just being nice since we’re married though

Do not worry man, even with guitar you will end up impressing more dudes (I played and study classical guitar for years before get a disease called focal dystonia which ends up my career):

“Damn man is that a cedar or spruce top, those rosewood back looks niiiice! which strings are you using? Can you play tremolo? Are those mechanics handmade? Is this piece from Albeniz? Do you have the score? How do you file your nails?”

If you play electric guitar all this (except probably the music sheets and the nail file) and with the addition of pedals and amps.

My girlfriend after play her some of the hardest and most beautiful repertoire: “ooow this sound cute” (and that’s it)