The Fixed Axle Megathread of Awesomeness

as you may or may not know, my esteemed colleague ed haponik & i have been writing a fixed axle theory column over on yoyonews.com every week called “fixed friday”. you should read it!.. but also, i should make a better effort to share it with the YYE community here, so i’m gonna do that.

what follows immediately is a quick summary/repost of all of my videos so far in order to collect them all in one place. this is gonna seem REAL self-indulgent, so i’m hoping that all y’all will be chiming in with recent fixed axle accomplishments, requests for tricks you’d like to see, frequently asked questions, lots of smack talk against bearings… y’know, the good stuff. maybe if we can get a good amount of info picked up we can turn it into a sticky, but whatever, we’ll see. in the meantime, let’s talk tricks!

FOR THOSE LOOKING TO START FIXED AXLE PLAY:
well, you’re in the right spot! check out the whole thread, but maybe start with these two posts: 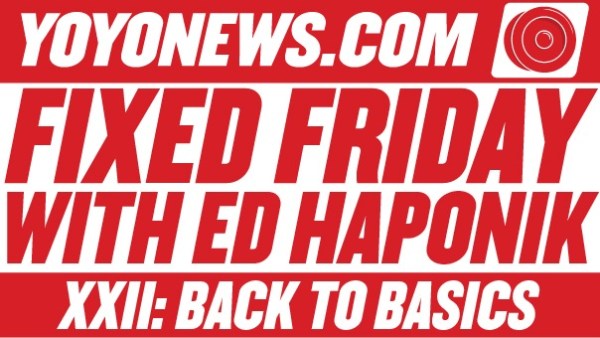 FIXED FRIDAY: Back to Basics

Hi kids. I’m Ed Haponik and this is Fixed Friday. (apologies for the lack of caps below – it’s verbatim from the vid below and i speak in lowercase.) a few people have asked latel… 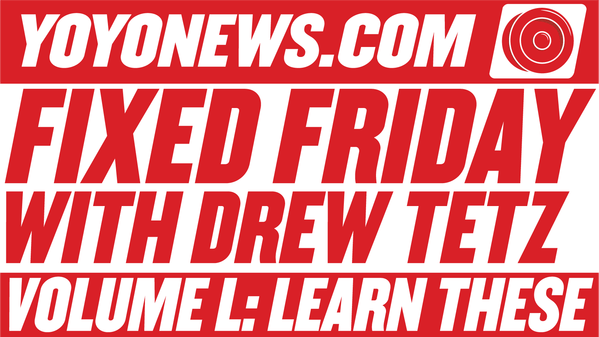 Hello, Fixed Axle Faithful! As you may know, this is the last Friday of 2013. What you might know is that this is also the last installment of regular Fixed Friday content—it sounds dramatic, but I…

before we get into the fixed friday dedicated stuff, here are a couple of clips. the butterfly video was my first foray into the field, but filming with takeshi means that it’s guaranteed to be fun even if the tricks are a little old. i filmed puppydog love by myself in my bedroom but it has rap music, so that means it’s cool, right?


i didn’t make this video because david ung did it, but it is radical, so you should watch it and then hold a contest with all your friends.

okay, now let’s get into the fixed friday stuff. for those who haven’t seen the column, it’s a 1-2 minute mini-clip of pure fixed axle tricks, generally accompanied by lot of words talkin’ about those tricks. sometimes it’s instructional content, sometimes it’s talking about the theory behind the moves, sometimes it’s just showing off, but it’s always a pretty good time.

the first installment covered both trapeze/trapeze-bro stalls and the kickflip suicide to thumb mount. the stalls are definitely a bread & butter move in the modern responsive scene… the kflip suicide, less so, but it sure is fun. ch-check it out.

next up, dumptrucks! these are really strange stall based tricks; the yo-yo swings on a plane that’s not really touched too much in traditional 1A, so they’re a little tough at first, but i love 'em.

now we have something that everybody should do, somersaults! one of the most basic ways to build points in a freestyle, but beyond that, great for keeping momentum in your tricks, adding interest to slow sections of a combo, and also just fun to do. learn a few!

one of the most important lessons of all, the sidewinder! not only is a terrifying snake, but it’s an absolutely essential move with responsive play. lots of people think of this as just a utilitarian move when you wanna fix your string tension, but there are definitely fun & fancy things to be done.

tough love regens. where do they come from? what do they want from us? we may never know, but we can definitely mix them into our stall combos to mix the flavor up. simply put, “tough love” is an umbrella term for catch-based interruptions/regens, and they can add a ton of versatility to your stall sequences.

kickflip transitions are pretty advanced and still really difficult for me, but the idea of flipping the yo-yo through the air mid-stall is an intoxicating one. this one is pretty tech and best understood in slow motion, but if you want a challenge, it’s well worth a look.

if you’re looking for a unique style, you aren’t gonna find many things better than spencer “the wild man” berry. yes, walter’s papa can really shred the wood, and his carefree attitude is something that i wish everybody could absorb. learn to loop out of everything and don’t be afraid to hit yourself in the face every once in a while!

on april 19, i didn’t have any theme at all, and the resulting cavalcade of tricks came to be known as “huh? wha?” check this one out for a variety of intermediate fixie concepts, including some slacks, whips, and one of my favorite string-based stall concepts, the bounce house.

speaking of whips, we got a whole column for that. a lot of these are pretty “new school”, but actually deceptively easy to learn, so i encourage everybody to try them at home! unresponsive and fixed axle don’t necessarily need to be opposing concepts

next, we have the battle that nearly cleaved the fixed axle world in twain… that’s right… the ed vs. drew creep-off!! the creeper is often considered a goofy trick only for demonstrators, but that could not be more wrong!.. well, okay, i guess it is kind of goofy. but whatever, the creeper is essentially walk the dog’s big brother, and walk the dog is the most famous yo-yo trick ever, so you really owe it to yourself to have at least one or two creeper variations in the pocket.

seeing as ed won, i’m sure he won’t mind my re-posting his video here.

moving away from the old school stuff, crisis has to be one of the most technical moves i’ve ever done ever. chopsticks stalls to dumptruck flips to weirdo holds—wha? jus’ check it out, and stay tuned 'til the end for some weird kendama-yoyo fusion.

now, let’s step back and look at what i consider to be one of the most useful fixed axle mounts of all, the 1.5 stall. this move and its variations are some of my favorites ever, and i highly recommend learning both cross-armed 1.5 entrances… and the other stuff’s cool too i guess

planet hop, shoot the moon’s gravity-friendly brother, is a classic trick. when you get really good at planet hop, perhaps it could be said that you are in fact performing planet rock. i am personally of the belief that you should end every trick with a loop out, and practicing planet hops is one of the best ways to get solid regenerations while learning about spin direction. so do it!

if you learn a lot of fixed axle tricks, you might get labeled a weirdsmobile in the community. similarly, when your tricks in a video don’t have a theme, you might title it that. you should definitely learn makin’ da zines, though. that’s not even a question.

here’s my warm-up for the fixed axle championship of all the world. mostly showoff type tricks, but hey, if you wanna learn straitjacket stalls then i’m stoked.

now that we’re all caught up, let’s rap! what have you been learning? what would you like to see next? who plays fixed axle, anyways?

Hey Drew! Looking forward to seeing you around these parts. Thanks for cataloguing all of that.

I play some awful fixed axle. As I believe you’ve noticed over on Facebook, every time I pick up a fixed-axle throw I basically just practice kickflip suicides.

Between that, the ubiquitous stall-peater, and old school tricks like standard UFOs and Sidewinders (not much for fancy modified ones yet!) I keep myself busy enough and enjoy it plenty. Working on some regens and am trying my darndest to Shoot the Moon. With no luck thus far; I can redirect the yoyo upwards but it’s so limp that the trick fizzles out there.

Got an Eh and a Butterfly along with a few other fixed axle throws, so I reckon I’ve got all the gear a guy could need.

I am also the grand champeen of YYE’s Fixed Axle February contest. HOWEVER-- it was not a skill contest; rather, a mini-documentary-making contest that could feature tricks. Here’s the entry:

Apparently this makes it mobile-friendly for those who like that sort of thing (disclaimer, I’ve never tried it):

I believe there will be another round of the contest in February again! Not sure if the rules of engagement will be the same, but certainly other fixed-axle enthusiasts will be taking part.

I try to do fixed axle. I’m not very good. For your double sidewinder trick, how do you move your hand to the other side of the yoyo without it coming back up?

For your double sidewinder trick, how do you move your hand to the other side of the yoyo without it coming back up?

double sidewinder is a trick that’s been vexing people since the THP days, mostly due to the fact that it doesn’t have a lot in common with other tricks.

my best advice would be to get as comfortable as possible with sidewinders on both sides individually. it’s difficult to describe, because a lot of it is feeling, but there’s a way to do a sidewinder where you “pop” the yo-yo up and it feels as though it’s hanging in the air while you’re fixing the tension—i think part of the secret is a gentle throw and a heavy tug, but really you just gotta feel it. also, outside>inside is way easier than inside>outside for me, but once again just try it a bunch and figure out what works for you.