How high can a yoyo’s wall be before it begins to get in the way i.e. interfere with extended combos or horizontal play? How mm beyond the response area?

I know this is subjective, but I can still get an idea from your replies.

It’s harder to catch on the string. 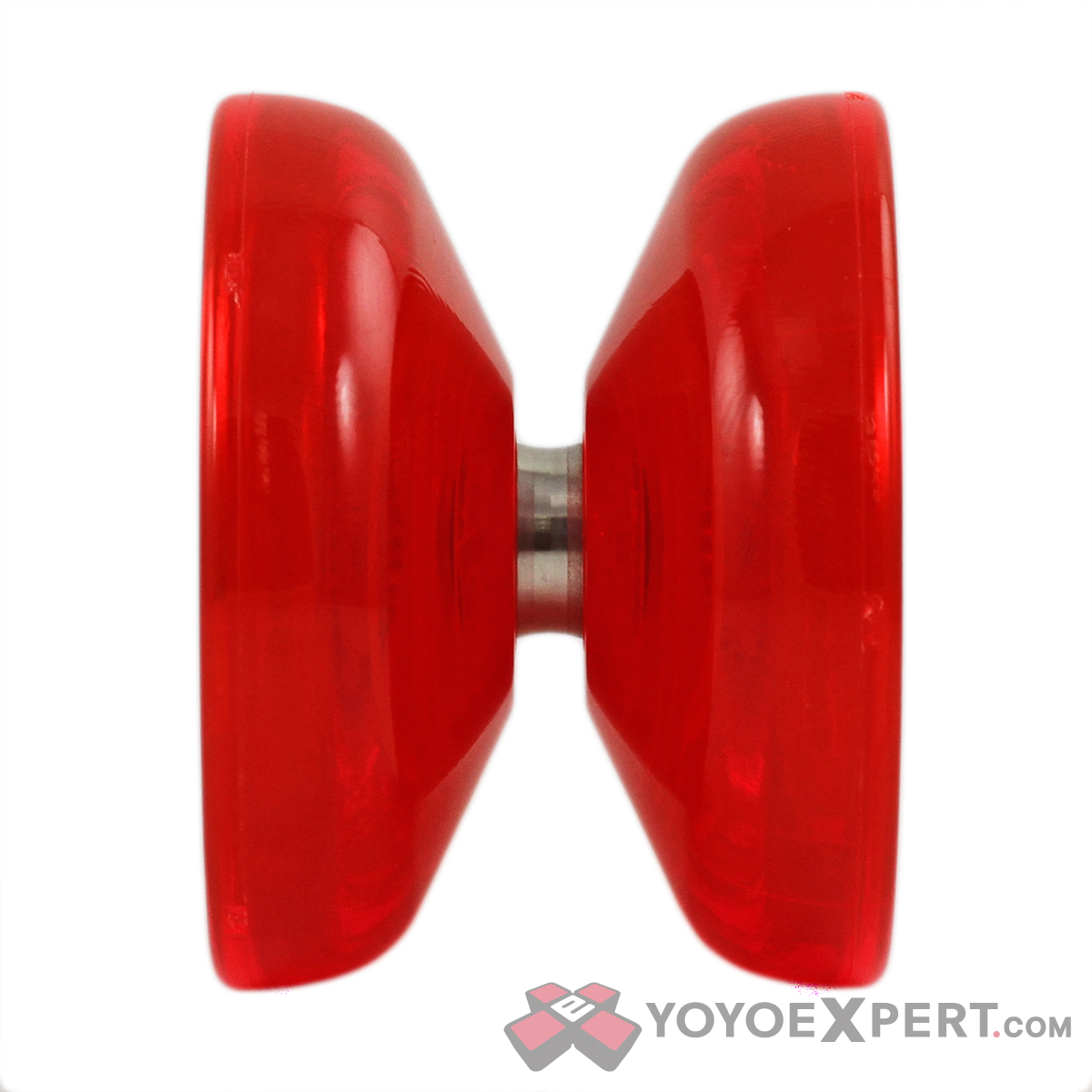 The Summit is pretty mid-walled, and I haven’t heard of many complaints… I’ve been enjoying the Markmont. Next and the KYO DNS, and those have bigger walls than I’m used to. I can’t play horizontal yet, but once you get used to the walls, they don’t really get in the way

I use a Freehand Mg as my main throw, so too me I basically never find walls too high, Now too low that is a thing too me, but not too high. Having a overly stable throw is boring and lame too me most of the time.

They help you practice control.

That’s almost low as they get.

My Cascade has a mid-wall as well, and I find no problems with it. A high wall might hinder horizontal, but with practice it shouldn’t affect you. For example, Jensen learned horizontals on an original Wooly Marmot. I guess this just tells you that if you can do something in hard circumstances, you can do it even better in normal ones.

The effect of a high wall is only really significant on yoyos that don’t have much rim weight. Think of a Dark Magic, it’s quite stable.

Let me put it this way:
MMN and Dang have mid walls. Learning tricks is a little, micron harder than with a no walled design, and if your play is just lazy and sloppy, the yoyo will just fly off axis and die. However, when you have a slight amount of skill applied, you would never know it wasn’t a low wall yoyo.

DNS has high walls. Plays great when you know your tricks, and I’ve learned a few tricks on it. It doesn’t really get in the way for regular play. But if you play sloppy, and have NO IDEA of how to learn a trick, it shoots off axis, like you think it would.

When I started, thanks to marketing (emphasis on no wall designs, etc…) and not knowing better, I thought that if a yoyo had a wall, it would be unplayable. Having made it into the expert trick list, and officially being an intermediate player according to myself, I find mid and high walled yoyos to be a lot of fun, and just as playable as no walled designs.

Anything higher than a raider I’d imagine wouldn’t play good for 1a.

My Vendetta has some pretty high walls. Love the yoyo, though wish they had used the SG groove response, not a big fan of friction stickers as I always tend to snag. The higher walls definitely do affect the catch zone and can be a bit less forgiving on a bad throw.

That statement has no merit whatsoever. It is not true. It is unsubstantiated. It does not hold water. It has zero potential in generating evidence of validity. It’s groundless. Illogical. Conjecture. An observation that cannot be supported to even a minute level of having any basis in fact.

YEARS ago, the Spindoctors were cranking out some Amazing tricks. Paul Escolar, Dave Capurro, Gabe Lozano, the Longoria Brothers and the list goes on…

To this day, some of the Tricks are still considered Amazing and difficult to do. Paul Escolar could post up a personal trick ladder that many would have difficulty ‘climbing’. His tricks were Nuts at the time and still are.

He and the rest of the Spindoctors used mainly Duncan Freehands and/or Super-yo Renegades. High wall yoyos.
I used to watch guys literally do freestyles with Raiders, lol. And I don’t just mean Saber Raiders, I mean Raiders.

Seems many new players have this mental block from being Brainwashed on Yoyo Forums. ‘I can’t do tricks on high walled yoyos’. ‘The catch zone needs to be larger’. Etc.

If you actually notice, the center of the gap is Always right in the middle of the Yoyo. Once a Player can consistently throw a trapeze with his eyes closed; his string/gap alignment is locked in. Old school players had enough focus and determination that they made what they had work.

Players that need a V shaped Yoyo 45mm wide are either Sloppy or just plain lazy.

I fully understand that for certain tricks/styles, V shapes with low walls can make things easier for some.

The simple reality is that the groundwork for many trick developments had their roots in yoyos that were pretty much All High or higher walled yoyos.

Get off Mo’s lawn!

Back when I first got into modern string tricks, I only had high walled Yo-Yos, some of which were responsive. Before that, I was learning on a wooden axle proyo. To be honest, I think that was a huge help to me later on. The aforementioned V-shaped 45mm wide low walled Yo-Yo is a lot of fun to me now, but give me a high walled Yo-Yo any day, it’s not really going to mess me up.

I think that how much the wall height affects you really comes down to your skill at keeping the Yo-Yo on it’s axis. And honestly, if you’ve never used high-walled Yo-Yos for string tricks much, I would personally recommend you pick up a responsive FHZ and give it a throw sometimes. Certain tricks might not be possible, but practicing what you can may help your control in the long run.