Has anyone created a fragile yoyo?

I have a geode on my yoyo shelf and I found myself thinking about how cool it would be to have a crystal yoyo. Which got me wondering; Has anyone experimented with creating a yoyo out of say, glass or quartz? Something that could hold up to the spin, but fail spectacularly the first time it gets dinged…

I’m sure it would be exceedingly difficult to create something that would hold an axle well enough to not fly apart on the throw, let alone balance it well enough to even spin…

But has it ever been done? Is it even possible?

I think it really comes down to difficulty machining, weight and balance, and durability. I could maybe see selenite being used as far as stones go, but one hit on the floor and it’s most likely done for. Gold or silver could be used. Now that yoyo companies are putting out magnesium throws, we might see other materials offered.

Now personally I’ve seen magnesium fail and break on other machined projects so I’m passing on them. 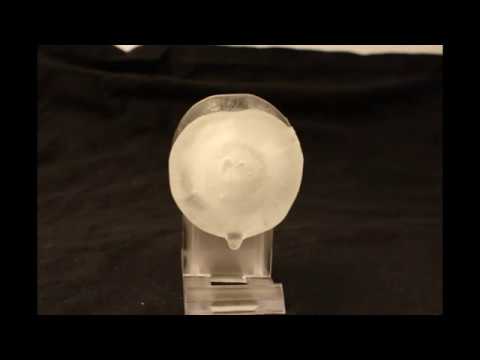 I don’t think it gets much more fragile than a yoyo made out of pure ice. Made by none other than the mad engineer of yoyoing himself, Mr. B!st.

There’s been plenty of weird one off yoyos made out of glass and other materials. S.kon made a functional yoyo out of paper, and I’m sure a lot of the other modders of the past have made fragile but beautiful works. Maybe @yoyodoc has something cool to show off.

the throwdown lucha libre was not intended to be as fragile as it was. it was made of delrin, but nearly all of them failed. every so often one will pop up on the bst, i think @DapperWooona had one

Still sad that release torpedoed the company. The Luchador was a really sweet yoyo.

Agreed, the other throwdown throws were so great. The luchadore was a beautiful throw for the time, easily one of the best comp throws using those sticker pads. So sharp!

Landon Balk did an hourglass yoyo years ago. it was kind of fragile because it was was hollow all the way through.Some of the other all acrylics he did were kind of fragile but super awesome at the same time. FUNctional Hour Glass yoyo by 3YO3 - YouTube 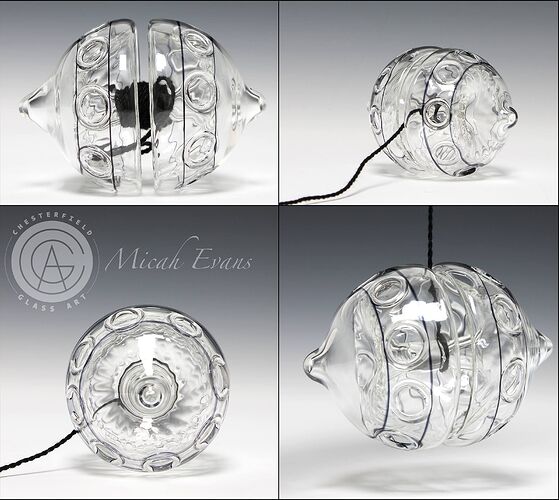 There’s another glass yoyo out there that was actually playable, it was a sea-glass / old coke bottle / turquoise color. It was a flattened butterfly shape and super duper heavy on the string. I cannot for the life of me find a photo or video of it though!

Paper cup yoyo… lol nuff said. I’ve made a cardboard yoyo before it lasted 10 minutes and completely blew apart because the axle galled out the sidewall

One time when I was around 12, I poked a hole through two gatorade caps, used them as halves with the axle being a pencil worn down to almost where the eraser was. It was so fragile it just came apart after a few throws.

Probably not exactly what you were looking for

I’d love to see a boutique yo-yo made of fine china, with a hand-spun silk string. Too fragile to ever use, too beautiful to ever want to!

Someone posted photos here of a china yoyo back in 2020. I have no idea what topic it was in.

I’m trying to track it down via the search function. I’ll let you know if I have any luck!

I imagine a fine white china yo-yo with delicate vine/flower patterns could be really gorgeous.

Not sure if this is what you were talking about. Magic Yoyo N10 Ceramic. 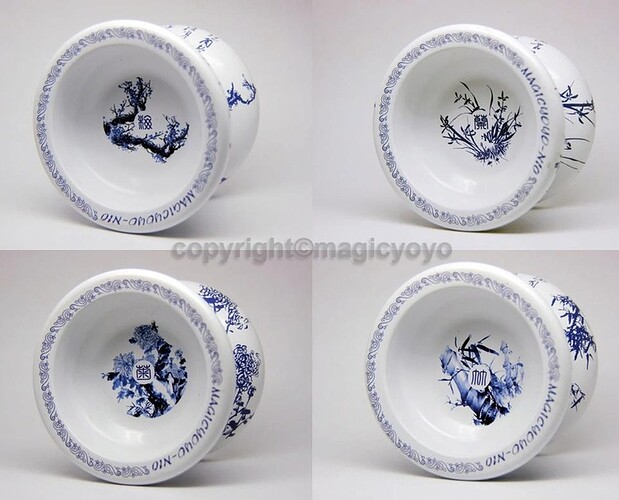 That looks amazing! Thanks for tracking a picture down. I’d keep one of those on my shelf in a heartbeat

Edit - looking it up, it looks like it is actually aluminum yo-yos painted to look like porcelain, which is considerably less cool.

i had an idea for a glass yoyo that had a wick through the axle so you could soak it in kerosene and light the ends on fire.

There’s the Efreet and the Randy Stiefel Fire YoYo, which are dangerous enough. Being made of glass would be asking for it to explode into a fireball. lol!

Bringing back some old memories though. TYM! 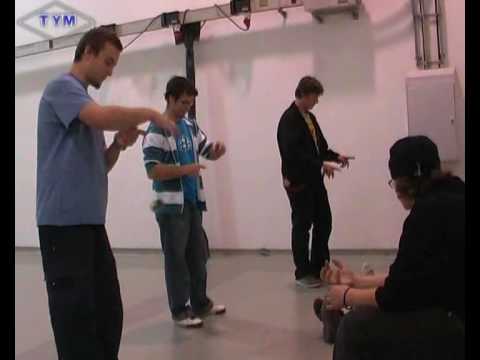 need to look into fireproof string