Got a little story about axles for you guys...

Edit: Everything taken care of. Couldn’t be happier 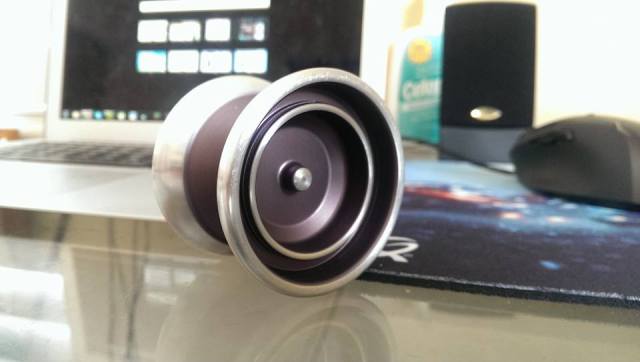 So for some odd reason, whenever I decide to remove an axle, I can never find the right allen wrench for it. It always seems to get lost somewhere and appear after the damage is done, as if it was mocking my impatience.

Anyhow, this very situation happened two days ago with my solid grey Chief. It was a Chief that I’d bought secondhand from one of our fellow members of this very forum. I placed an inadequate amount of padding around the axle and put that little devil into vise grip pliers. After breaking the Loctite(or whatever) that was holding it in, I took a look at the axle and my short-lived satisfaction faded in a second. That axle’s threads were now widened and flat at the points where the pliers gripped it. If only the axle wasn’t so hard to remove in the first place(or I’d actually got up for long enough to find the allen wrench)! Whatever happened to floating axles anyways? Tossed that aside, seeing as I’d just rendered it useless in the blink of an eye.

Okay so this Chief had a pair of scuffs when I bought it, and I’d actually scuffed it once more after I received it. These scuffs were very unappealing to me, especially because the Chief was one of my favorite yoyos. I was also interested in mirror polished yoyos at that moment in time. So the obvious(to me) solution would be to strip some of the ano and polish it up! I had bought a pair of set screws that I could chuck into the drill without really having to worry about wrecking my stock axle. Note: they were slightly too long for the yoyo to be screwed together and played. Well, somehow, the fact that I’d already ruined my stock axle was completely forgotten, and I needlessly chucked a shiny new set screw in there… Anyways, polish came out good and I was satisfied: 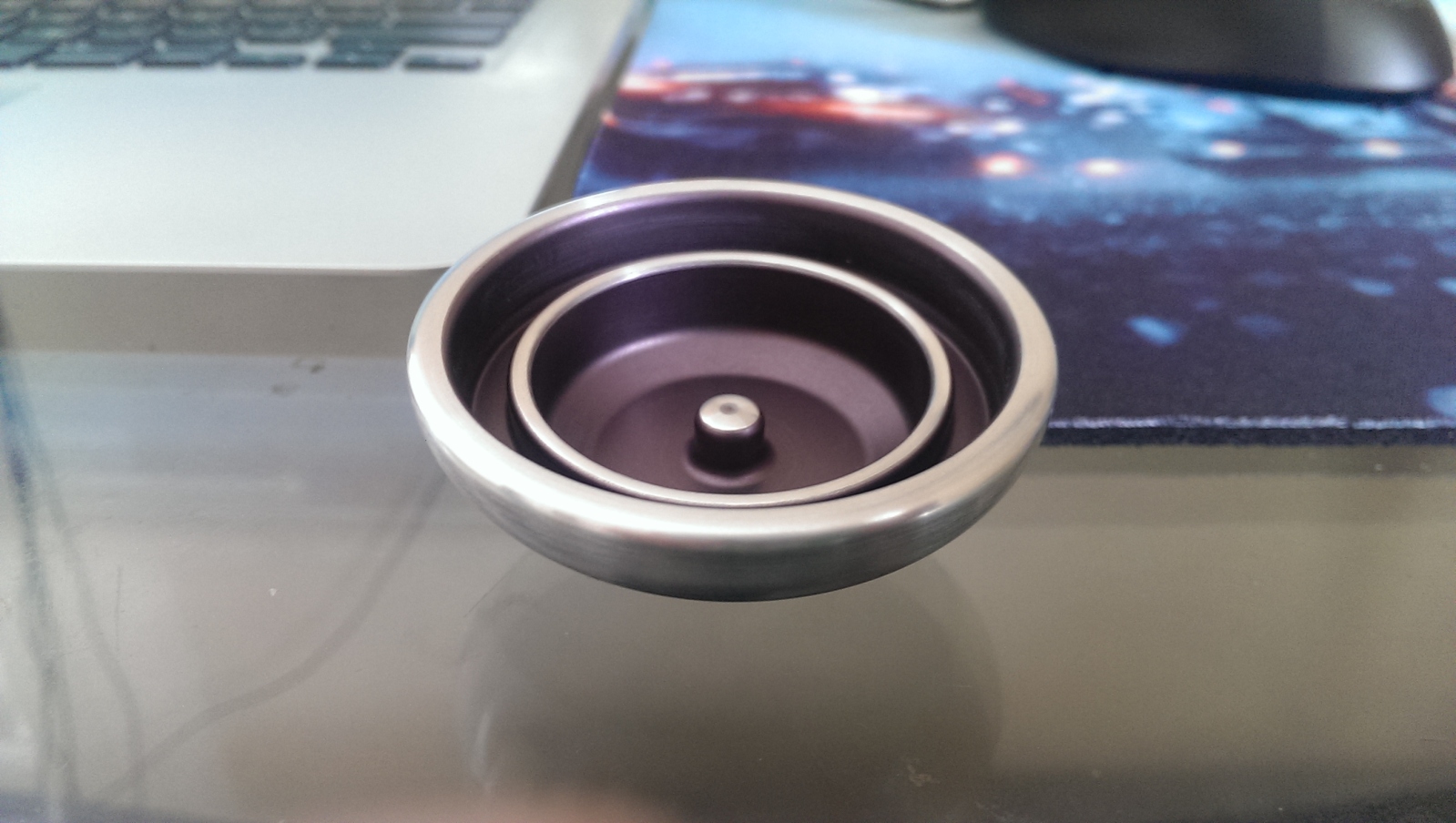 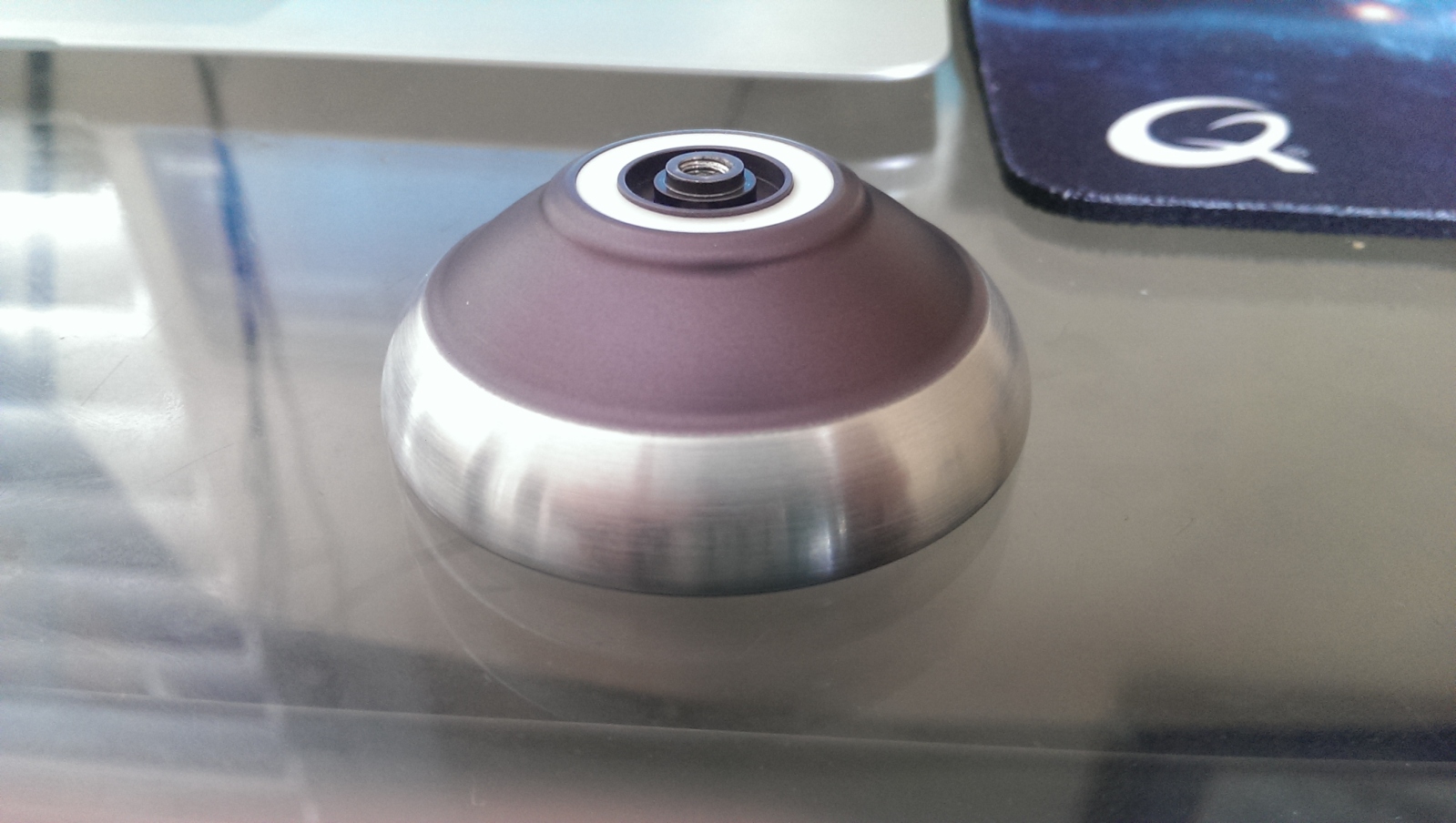 Looks pretty slick if I say so myself. Solid colors + raw accents? WIN!
Okay I didn’t have higher grit than 600 at the time so I figured I’d leave it at that for now and come back later. So I screwed the sucker together with my LAST good set screw, THIS TIME completely forgetting that the axles that I’d bought were too long(okay you mod gods can slap me now, I am ashamed). Tightened it up real good(oh god). Noticed a gap between the bearing and one half of the yoyo(not good). Realized, “Nooo, the axle is too long.” Unscrewed it(not good at allllll). One side unscrews easy, but the other side? Nope. I spent the next hour trying to get that thing to even MOVE. The hex key wasn’t facing out so that was out of the question. I probably spent 40 of those minutes just gripping the axle over and over again, stripping the axle completely and accomplishing nothing. It was then that my brother suggested baking the yo a little bit, around 250 F. Now, I just grabbed those pliers, tightened them tighter than I’d ever tightened them before, and gave the axle one. last. turn…

And the yoyo gods smiled upon me
The axle slipped free of the death grip of my beloved Chief, and I was in total shock and relief during the whole process of finally getting that cursed thing out of my yoyo. You would not believe how happy I was. So now, all that needs to be done is check if the yoyo threads have been damaged too much… and I can play with it again!

Here’s the axle after being removed…: 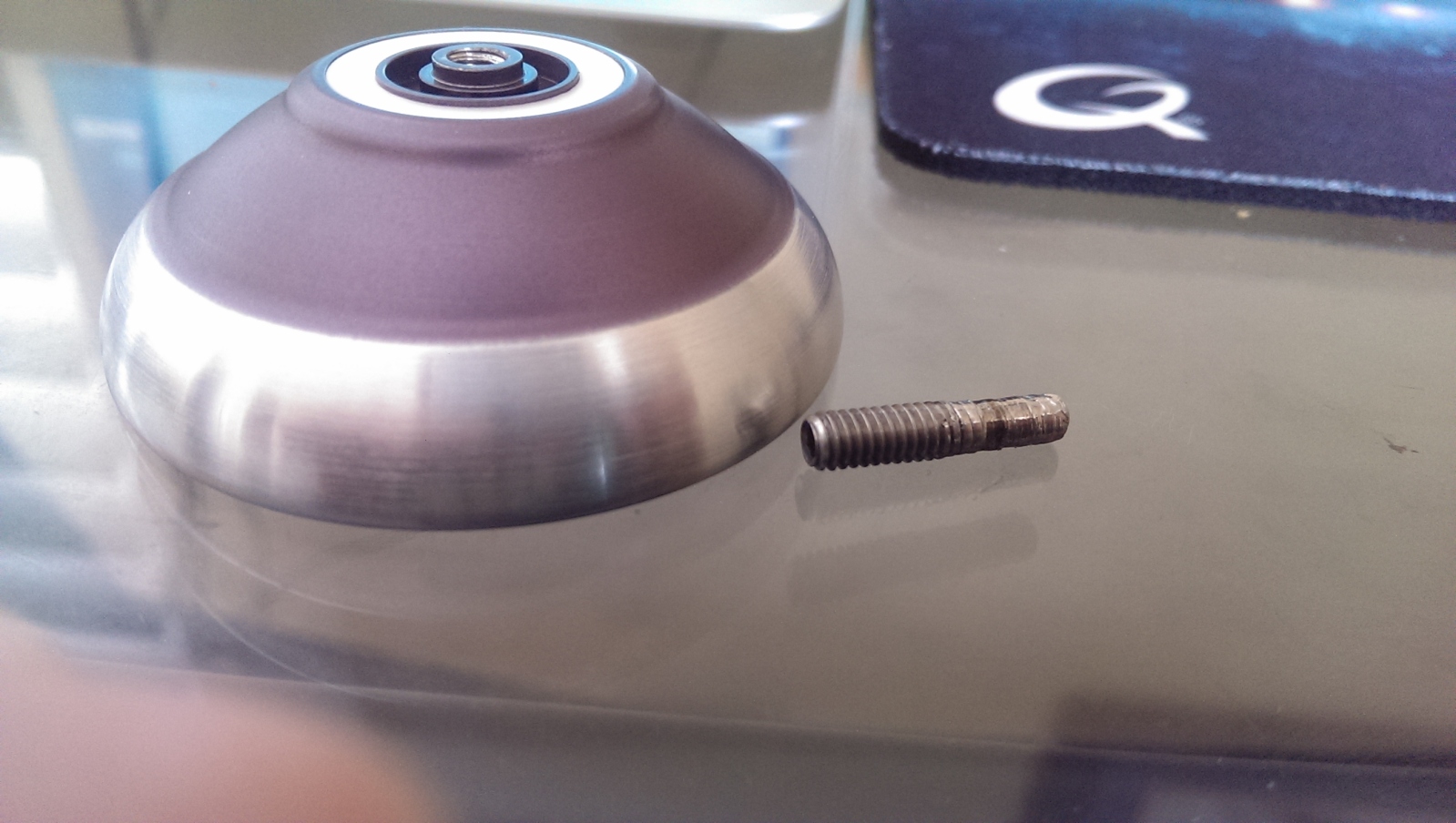 Nah, the real moral is…

Glad you were able to get it out. Freezing it may have worked too.

That used to be my chief, I did not put anything like locktite on the axle.

I have to say that polish is beautiful.

I have to say that polish is beautiful.

Thank you! I still need to get some higher grit sandpaper to finish it up and get it nice and mirrored

Man, that is one good looking chief you have there! And I’m glad to hear that you were able to get that last axle out.

So did you end up messing the threading inside or no??

Man, that is one good looking chief you have there! And I’m glad to hear that you were able to get that last axle out.

So did you end up messing the threading inside or no??

No it’s all good now

It’s on sale along with a Mint Concrete Blizz Cliff if any of you are interested. I would ship you both for an Amplitude as well. No extra costs. This and Mint Cliff for Amplitude at my doorstep

Wow I really like how that turned out. Great job!

Yeah it’s not truly mint, but I took out the old ano flaws and the previous scuffs weren’t even feelable to begin with. I’ve already started putting a mirror finish on the inner rims and the hub.