Does anyone have any tips or tricks for learning Spirit Bomb?

I’ve been trying for a while now and something about the mechanics of the first pop and art cross just doesn’t seem to be working. I can’t seem to improve it even slightly. Am I missing something?

I get into the wrist mount, roll the yoyo twice on the bottom string, and then pop it up, hitting the string above the yoyo, and then try an cross my hand position while the yoyo hits the top string. Sorry if that description is confusing, I’m assuming people that know how to do the trick will understand it.

Good instructive dialogue and some good slo motion and angles.

Fun. I actually did a video on this.

Thanks guys! Neither of those videos came up on my YouTube search, or at least they didn’t before the videos started getting all jumbled with non yoyo content. Helps a lot the more videos I watch of different people doing the trick.

Yeah, at some point the trick will just click probably. That’s how it went for me.

I also found this video that helps break down the mechanics of the first pop in case anyone stumbled across this thread with the same problem as me. 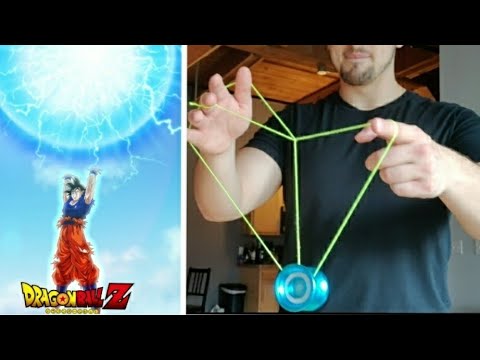 i’m still working on landing it consistently every time too, i’d say the first pop can’t be a high hard one into that top string, its sort of a medium “make it float” pop, just high enough over your offhand that you can sweep your underpass, and it sort of feels like the yo yo drops out onto the string mechanically with not much effort. i think sometimes i’m popping the yo yo slightly away from me avoiding that top string instead of into it and have more success. second pop i try to go high to give me more hang time time to align my hands into the bucket to catch it.

also, you can throw the wrist mount houdini style (first loop around your offhand thumb instead of index, and then around your wrist) so that you land in wrist mount with the first underpass complete when the string drops from your thumb.

Agreed, this video totally made the first hop ‘click’ for me. Great explanation/demonstration. I still struggle with the second hop most of the time, but I know if I do it a couple thousand more times I’ll get it down.

Sometimes all it takes is a couple thousand tries I supposed. Admittedly, I’ve only tried it a few hundred.

Nice instructions on the trick. When I was waiting to watch the actual sequence of movements to do the trick properly, I almost felt like I was on YouTube or some other site where they force you to watch a commercial for several seconds before you can click out of it, ha ha

But at least in this instance, the guy seemed honestly helpful in trying to generate a better mindset on staying positive by keeping busy.

But to me personally, the most amazing thing about that video is how long the yo-yo factory shutter was spinning while he was going over the various segments of the trick again and again. He didn’t even seem to throw the yo-yo down that hard in the first place. Yet his silent running shutter just seem to spin and spin and spin… Did I mention the spin part?

So not only is a Shutter an excellent yo-yo compared to anything, but obviously seems to have the spinning potential to be very useful when somebody’s using it to break down a trick very methodically because it just keeps spinning.

I was thinking the same thing in regards to the shutter spin time. My iCEBERG would have lost spin in half the amount of time. Partially to my uneven throw as well. Made me think maybe I should be practicing this trick with a mono metal to get that extra power.

I’m throwing around my thumb to start instead of my index. Makes it so once you pull your thumb out you only need to roll once.

do you have a way of taking a high fps slo-mo video? also, when you pop it up it goes out of frame of the video, so maybe if you can zoom out? This is definitely possible if you have a somewhat recent iphone, but i’m not sure what’s possible if you’ve got an android.

Without more detail in how you’re moving your hands around the yo-yo, it almost looks like the yo-yo is popping completely out of the string configuration as you switch your hands underneath it. It should stay inside the double-wrap string configuration on the first hop. Does that make sense? I’ve just taken some slomo of me doing it that might help.

One thing I noticed immediately is when you pop up the yo-yo and cross your hands, you are not keeping your hands parallel with the plane of the string. When doing the cross, your hands should stay the same distance from your chest, like you are holding a TV tray on the sides.

As you cross your hands, you are pulling your left hand back towards your right upper arm/chest, effectively strangling the spin of the yo-yo. <> Notice how quickly the out of plane drag makes the yo-yo tilt and die.

Also, once you wire the trick, string length can vary widely. But I think when learning some of the crossover style tricks, a longer string can allow a better relaxing ‘flow’ to give give you more ‘room’ and help slow down the trick a bit. Remember, the shorter the string, the quicker the movement.

(Silly analogy) Picture 2 animals racing each other down the street: a wild pig and a Giraffe.
They are both running fast, but the pig has short little legs and is really jammin, lol. The Giraffe is also kicking up dust but the longer stride has more ‘flow’/less mechanical looking.

I am certainly not a String Bomb master(consistently) but I ‘do’ know the mechanics of the trick.
…I’m like that guy that could be a pretty good judge at a dance contest, but not a very good dancer myself, lol.

PS> also, you are missing a move in that section of the trick. You did the breakaway and over the thumb and the other wrist and landed the yo-yo on the lower string between the other 2 strings.

….But when you swing the yo-yo around and land it on itself, you are only swing it over once. Before you do the pop up, you are supposed to fold the string over twice🙀

Here’s a couple of slomo videos from different angles that may help you wrap your head around the mechanics. I remember one of the tutorials I watched said you don’t need to think too much about making the strings go in the right place; if your hands start and end in the right position, the strings just kind of go generally where they’re supposed to go.

I don’t know how to use Imgur.

One thing I noticed immediately is when you pop up the yo-yo and cross your hands, you are not keeping your hands parallel with the plane of the string. When doing the cross, your hands should stay the same distance from your chest, like you are holding a TV tray on the sides.

This actually helped a lot. I was sure I was holding my hands completely straight and parallel, but once I started really focusing on that aspect of the trick I started landing the first pop!

Sorry about those videos not being slow motion. Apparently I don’t know how to use an iPhone or YouTube. Also, why is the Max quality 720p? Ugh!