If you haven’t seen or know already, CLYW has fools gold Yeti’s for 5 bucks on their webisite. They’re only fools gold because of some slight fingernail scratches/cracks that don’t break the surface. Doesn’t effect play at all. Just thought you guys should know since it’s probably the best 5 bucks you’ll ever spend on a yoyo! Got mine today and it’s a blast. Outplays a few metals in my collection even.

I know we try and keep it YYE mainly and especially when talking about stuff for sale, but given that it’s not a rival store or anything (it’s on CLYWs main site) and such an awesome deal I thought everyone should know! On another note I think they may only have “white” left which is actually this really cool light ‘Tiffany’ looking color. 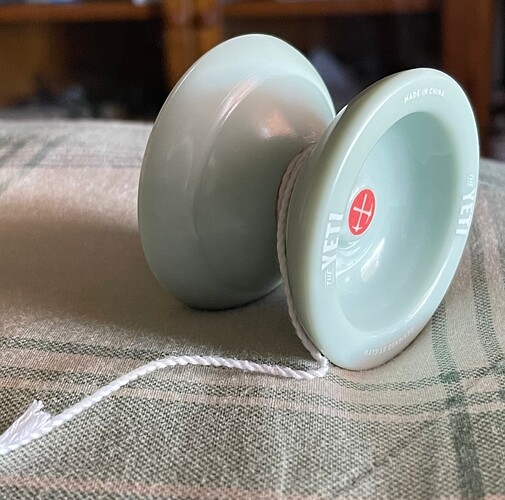 Thank you for the heads up got a white and a green can not beat the deal.

You’re very welcome! Happy you found a green too I didn’t even notice that one still available, may have to order another one lol. It is worth it and then some, like I said I can hardly even see the scratches or cracks or whatever makes them fools gold and it certainly doesn’t effect it’s play. One of the smoother plastics I’ve ever thrown too which is no surprise being a CLYW

These have been on the site for YEARS. Can’t believe they still have em.

Thanks for the heads-up got two on the way, a Green and White.

Grabbed a white one. Thank you!

Will probably end up buying another handful as gifts for nieces/nephews, as long as the cracks in the one I get don’t seem too bad.

I can see one tiny hairline crack on mine around the bearing seat but it isn’t very deep or even breaks the surface. Hasn’t effected the play or sound or anything of mine but you definitely gotta remember it makes the yoyo less durable, so if you drop it on a hard surface or something it will probably get worse and start effecting it more than cosmetically.

Yeah, I fully expect these will probably be thrown straight into the ground and broken at some point. The kids I’m thinking about getting these for usually take pretty good care of their stuff, but kids are still kids - and yo-yoing can be tough! At $5, I really can’t get too upset if they break a little sooner than they normally would have.

Definitely gonna keep this first white one for myself, looks like it will be fun to carry around and beat up a little bit. Thanks again for your original post!

Absolutely, it’s a beyond great starter yoyo for the price (I personally don’t believe you have to learn on a responsive yoyo these days, just me though). And if it breaks it’s nothing to be upset about, you didn’t buy them all 28 stories Peaks

And you’ll love it personally too, I am also planning on making this my throw I take everywhere

I’ve never heard of the Peaks, but thanks for adding yet another crazy expensive yo-yo I’ll never own to my wish list!

Regarding responsive vs unresponsive - I happened to be visiting family when I first picked up a yo-yo, and a nephew who had never played either had binding down pretty consistently within about 10 or 15 minutes. It took me (quite embarrassingly) at least an hour or two, and I still screw basic binds up all the time.

I don’t know if that means kids learn quick, and backs up what you said about starting with unresponsive. Or if it just means that I’m bad at yo-yoing.

Edit - it was an unresponsive yo-yo, in case that was confusing. He picked it up quick.

I don’t know if that means kids learn quick, and backs up what you said about starting with unresponsive. Or if it just means that I’m bad at yo-yoing.

Neither! Everyone learns at their own pace. I’ll go to learn a trick that I think** will be pretty simple and I’ll have down within 20 minutes, and before you know it I’m sitting there an hour and a half later stuck on one of the first parts/elements. I will admit though getting binds down within 10-15 minutes is pretty impressive, I don’t remember how long it took me to get the basic ones down but I know it was much longer than that lol. I hope he continues to pursue the hobby and learn more!

As for learning on responsive/unresponsive, all opinion and preference. I might be one of the only ones that thinks you don’t need to learn responsive. I personally feel like it’s worth it to just learn how to throw and bind right away at the same time. Absolutely will be harder and take longer. So I think age comes into play there as well. A younger kid might get frustrated and never wanna try again, so might wanna make it easier and have a responsive beginners yoyo, where as someone a little older will probably pick it up quicker and keep going with learning more tricks etc and would be fine learning on an unresponsive. Again all depends on person and preference etc

I suspect they were designed like this as a favor to all of us. At some point, don’t we need a reason to buy a new yoyo?

Still available in white and green guys and gals! Best $5 you’ll ever spend on a yoyo I promise you that.

I just can’t get over this deal when you can go grab a Duncan imperial at your local supermarket for the same if not more money. It’s ridiculous lmao go buy a Yeti! 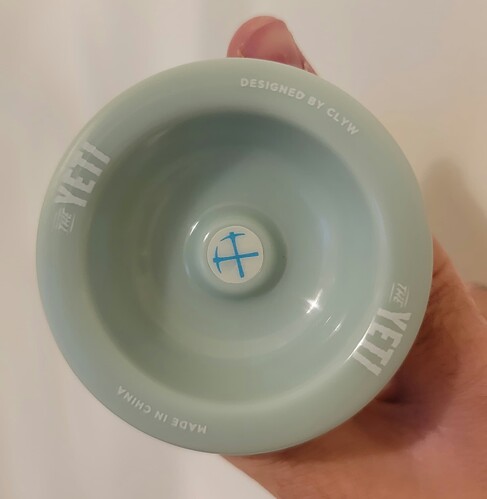 Defiantly one of the best B-Grade / Fools Gold values around and #1 on most players list;

Some recent talk on Vibe, Alternate Top 5s and since it is B-grade sale season, why not another list. B-Grades, also know as Player Grades, Fools Gold, Glitches, Not Quite Perfect, Trainers, Competition Grade, and probably some other colorful adjectives or acronyms to designated them as NOT A Grades. These typically are available at a lower price point because they can come with numerous types of flaws, whether it be issues in anodizing, cracking, engravings, or that unprecedented VIBE. Since th…

Nice! I dig the ice white color so much. I’m still thinking about grabbing a green one too while they’re still available lol (can’t believe they are)

Got mine today along with some wood. The white is more of a mint color. 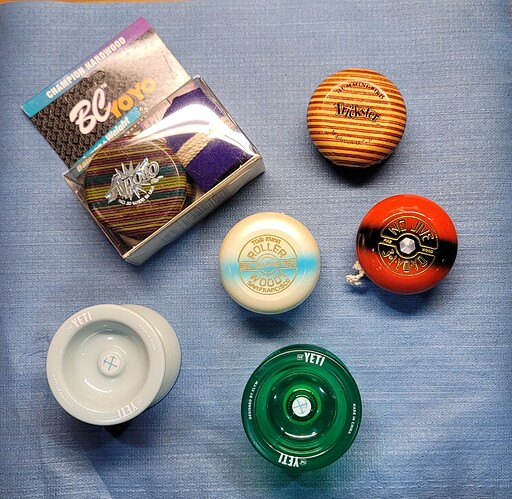