I have recently bought a few high end yoyo’s thinking that they would be durable. However, nearly all of my expensive yoyos have broken. I know most of you have the same problem, so I decided to do a review based on the durability on the Chief. Everyone is talking about the CLYW Chief and how great it is, so I decided to get it.

As soon as I opened the box, I notice how amazing the Chief looks. I payed $210 for it, and I was ready to see how it performed.

After taking out the packaging and CLYW box it came in I filled the box a quarter of the way full with rocks, put the yoyo back in, and shook it for about 5 minutes. When I took it out, the yoyo was fine, with the exception of some scratches. I really didn’t want this one to break like my other ones, so I decided to test it some more.

After the gravel test, I tied a yoyo string around my Chief and took it outside. I tied the string around my bike, and took off down the road. I biked about a half mile with the Chief clanging around behind me, and decided it was time to inspect it. It had put some more scratches on it, and the edges were covered in marks by now.

For the next test, I basically did the same thing except i held it out the window of my car, Napoleon Dynamite style. It was amazing how much the Chief bounced on the road, and it was starting to make extremely loud noises. I stopped holding it out the window at about ten miles, and stopped to inspect the damage. There were even more scratches on it, and it had ground it down in some parts.

For my next test I held the Chief by the string and slammed it on the ground. I went to the basketball court across the street so I could get a nice hard surface. I read online that this was the only thing that broke the PSG, so I thought it would be good to do to my Chief. After four swings I snapped the axle, and the bearing was damaged as well. (this was the same test that broke my Duncan MG and my Skywalker)

I don’t really consider a yoyo “broken” if the axle breaks, because those are easily replaceable.
For the final test I put the yoyo on a cinder block and smashed another cinder block on top of it. The yoyo was smashed into four pieces.

Conclusion
I can’t believe i put $210 into a yoyo as cheap as that. I mean seriously, if the Chief is that great it shouldn’t break like that. I have concluded that the Chief is trash and is a terrible yoyo.

I hope you enjoyed reading my review as much as I had making it up.

Should this be deleted?

great review, one of the most entertaining i’ve ever read. ;D

Should this be deleted?

it was very entertaining, i was jaw dropped the whole time while reading it.

so i should say no.

Most people don’t smash their Chiefs in between two cinder block.

Most useful review I have ever read. Well maybe not the most, but it is at least as useful as any other I have read.

I hope you take my advice into consideration the next time you decide to buy a yoyo. And by the way, this was a joke, if you can’t tell.

Why would you invest your cold hard cash into a Freehand MG, a Skywalker and a Chief just to destroy it? And then give it a bad rep just because it isn’t “durable”? Come on. Most people don’t smash their Chiefs in between two cinder blocks, so I don’t think this is a problem.

Dude, this was a joke review, lighten up.

I hope you take my advice into consideration the next time you decide to buy a yoyo. And by the way, this was a joke, if you can’t tell.

i couldn’t tell, lol. i thought you were serouis! lol.

First time in a while I actually laughed at a post! Well written.

Why would you invest your cold hard cash into a Freehand MG, a Skywalker and a Chief just to destroy it? And then give it a bad rep just because it isn’t “durable”? Come on. Most people don’t smash their Chiefs in between two cinder blocks, so I don’t think this is a problem.

Only the OG project can stand up to today’s playing standards.

[Album] 52 Reasons to buy a Project 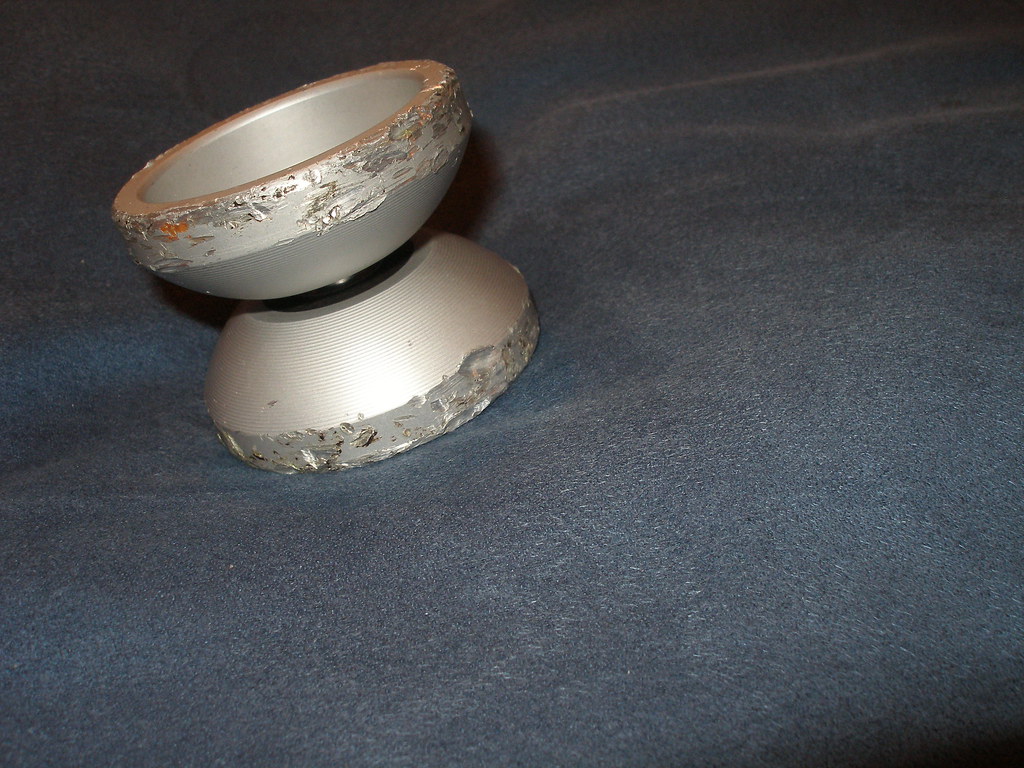 When they were testing the PSG prototypes they sent it to people asking them to try and break it. A few actually ran it over with a car, which only snapped the axle. Surprisingly, the thing that did it in was somebody slammed it down on a carpeted floor holding it by the string.

I was cringing the whole way through this.

It took me a while to even think that it might not be real.

Such a great read!

Hahah pretty funny stuff. I re-read the “put rocks in the box and shook it up for 5 minutes” like 3 times just trying to fathom what you where talking about. Only realized it was a joke after you tied it up behind your bike and drove off. Absurd, I love it!