I picked one of these up about a year and a half ago for $80 that was also marble. I’d figure around the same would be the rough value or slightly more as mine was not completely mint.

Again with the deals on the rarest of things.

Ok boys and girls, I’m about to retire and I’m thinking that I don’t need these anymore. Approximately 130 ILYY, 90% NM to Mint most in boxes and sacks. Every model represented… Would like your opinion on a ballpark figure on all of them.
Thanks! 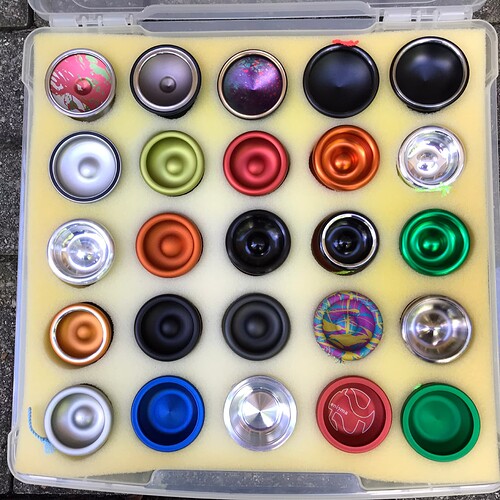 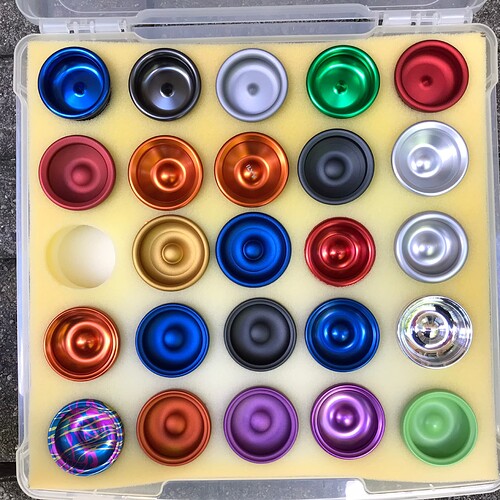 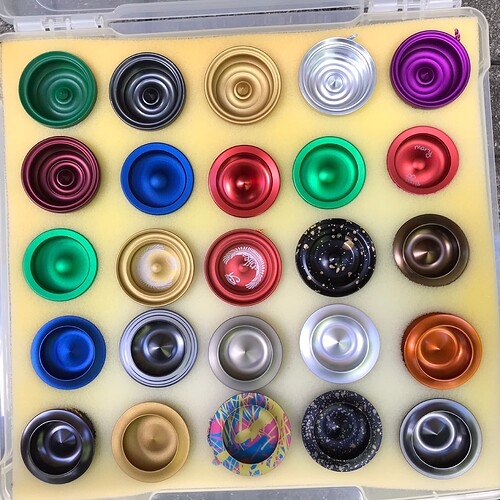 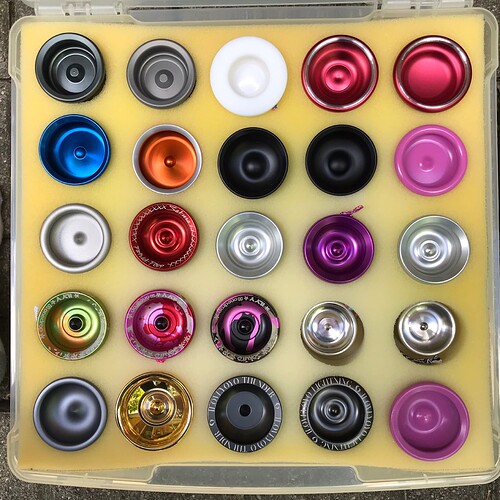 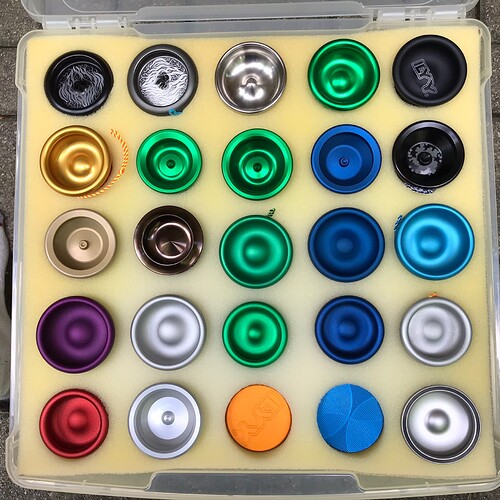 Almost impossible to price all of those but as a general look I would probably think somewhere in the 30k range for everything but who knows. You have stuff I’ve never even seen and stuff I’ve never seen listed for sale. All the special canflon editions, the dr3i that was unreleased, the collabs, and ultra limited releases are all amazing.

I’m sorry you’re selling, but I have to admit I can’t wait for your BST thread to get posted. What a beautiful collection!

Absolutely incredible! I think maybe the best way would be to individually price them and just add it all up. A lot of time consuming work but WELL worth it!

I was thinking about asking Frank or Dom from ILYY if they wanted some or all of these back. Don’t know if they kept any…

That’s a good idea as well!

Some help on some older model One Drops, please. I don’t see many of these being sold all that recently and often with dings. These are all damage-free. Not sure I’ll sell yet, but I have quite a lot of yoyos on the way and I may need to clear some shelf space.

Okay … looking at the One Drop website, I guess they’re not THAT old.

How about a near mint OG Draupnir? I think his prices are high ($650) but want to ask the community.
Here are some pictures of the actual throw. I guess I should make sure its not fake as well. What do the experts say? 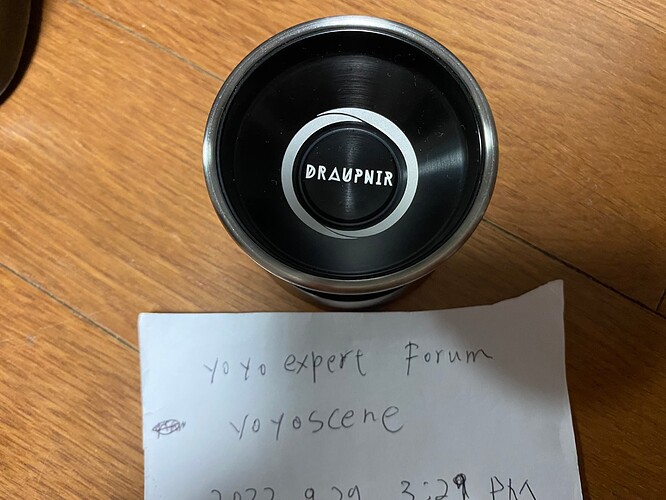 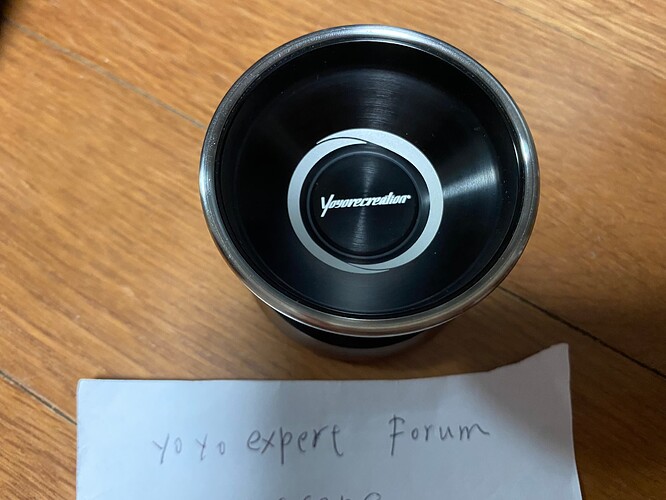 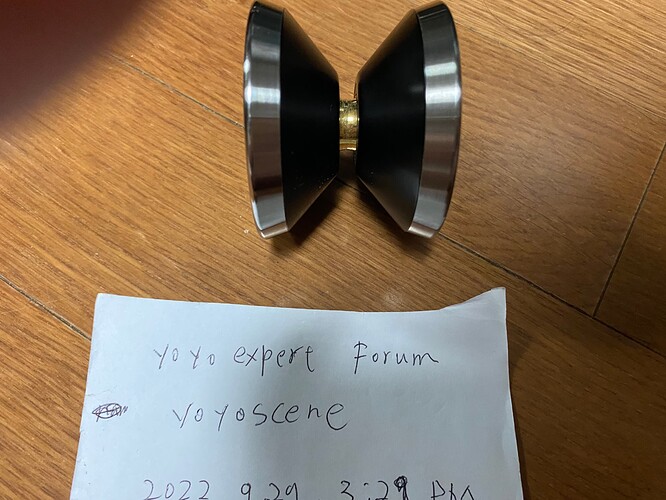 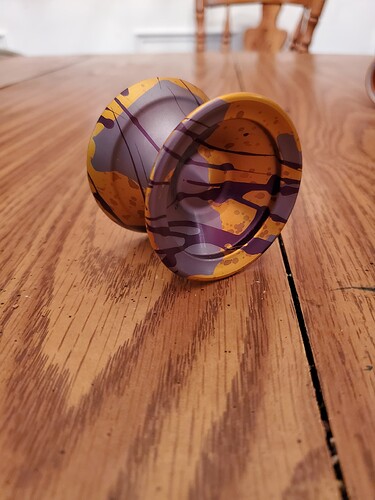 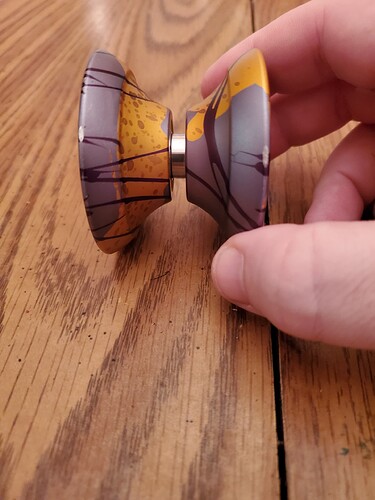 Black was a very common color so nothing super rare. I would maybe (very maybe) pay half if MIB. That said I have seen them cheaper not long ago. Also never seen a gold bearing in a Draupnir. Just my 5 cent. Regarding fakes maybe @Niki knows more.

The Draupnir that shipped to Australia?

That’s correct - my apologies, I sold sig, valk, and Draup all at the same time to different folks - you are correct