The Ducc Drops tomorrow - Here's the "making of" story

The Yoyo design process is a blend of both science and art, mixing aesthetics and function. I am not a yoyo designer. I’m an ideator. My skills revolve around generating ideas and building a story. When planning a yoyo release for Rain City Skills, I work rather backwards. I first decide what idea I want to sell and start building the story. Then I narrow down a type of yoyo that will fit that idea. Then I connect with an experienced designer to turn that idea into a quality design. Part of success in business is knowing your strengths and knowing when to hire experts.

This section begins with the creation of a design and interviews with experienced yoyo designers. From there, we move into finding a shop and getting your yoyos made. I conclude with strategies for selling them, so you can move onto the next design.

For starters, I want to share a project from the beginning of 2018. This case study demonstrates the process of design, testing, and production, as well as some of the pitfalls to avoid.

I decided to organize a community yoyo design with the Facebook group “Yoyo BST & Talk.” Devin Flores (A yoyo designer) offered to help out by creating the actual design schematics. We started with broad specifications and narrowed down to the small details. Each step involved a survey of the community, basing the next aspect of the design on that information — a total of twelve design questions listed below. In the end, we had a yoyo design.

Then I ordered a batch of prototypes. I decided to work with the company Magic Yoyo to machine the parts, as they are affordable. Prototypes are usually ordered in very small batches (four-five pieces) and cost far more than the full production run does. On average, I usually pay US$250–$300 — about US$60 per yoyo. But this yoyo was different. Over one hundred people helped design it, so I decided to invite them to test it as well and took pre-orders for prototypes.

We ended up with more orders than I expected and quickly reached the point where it was cheaper to make a hundred yoyos. Everyone understood that they were gambling and that the yoyo would likely have flaws. That is why you prototype your design after all.

I ordered the yoyos and waited. As soon as they arrived, I shipped them out to everybody who pre-ordered and then put the rest up for sale. I was very, very clear that they were prototypes and had flaws. I then send out a form with some key questions for feedback. And boy, was there ever feedback!

This design had more flaws than any prototype I’d ever made. In hindsight, that shouldn’t have been a surprise, considering how experimental the design process was.

There were 2 major flaws to consider. If you are a non-yoyoer reading this, forgive the jargon. I’ve provided a diagram in appendix A to assist with part names. The recess for the response pads was too shallow, so the pad stuck out a little bit. The gap was a little too thin to start with, so the response pads dragged against the string and cut down spin time. The thumb grind lip came out razor sharp. This had the double effect of being hard on the hand as well as having an easily damaged edge.

In the end, the prototype was not the best yoyo, but it was fun to play with, and everybody enjoyed it because they’d been part of the process. It’s a testament to how important engaging with the community you try to sell to is. I took all the feedback and put it into a re-designed yoyo. This time, I ordered the usual batch of a half a dozen prototypes to double check whether our changes improved the design. To my great relief, they did! I released another batch of a hundred of them.

It was a bit of a crazy process that I wouldn’t recommend to anyone. It required a lot of time on my part and on that of the designer I was working with. It didn’t make me any real profit, but it did pay off in other ways. I ended up with a much stronger presence in the community and a handful of new and dedicated fans.

Here is an outline of the questions I asked the community to vote on. Each step informed the next. I would put a poll up for two days, then hand the results to Devon Flores to come up with some “renderings” or computer-generated images of the design. Then I’d pose the next question, gather results, and he’d use the chosen design to start adding details. Here are the questions I asked, having decided to use 6061 aluminum to keep the product as affordable as possible:

Question 1: General Shape (O, V, H, or W). This was a starting point, with each of these broad shapes having a huge number of potential variations. The result was close, with 38.5 per cent in favor of an H shape. The next closest option (O shape) had the support of 30.4 per cent.

(See appendix A for examples of the general shape options).

Question 2: Ballpark specifications. For each of the three choices, I offered four options in 2 mm increments: diameter range (50–58 mm), weight range (58–68 g), and width range (38–48 mm). These needed to be rough, as later design decisions would affect the final specifications.

Question 3: Hub design. We were choosing among fingerspin friendly, Lego compatible, and rounded bump or spike. Lego was the clear winner.

Question 4: Gap design. We offered four computer-generated options as the shape of the gap. The one close was actually closer to a “W” shape than the “H” shape we initially chose, but the design would be refined back towards the “H”.

Question 5: Inner thumb grind lip (Yes or No). They chose to have a lip.

Question 6: Wall height (distance from the outside of the response pad to the point where the yoyo curves outward). The vote was overwhelmingly for a low wall.

Question 7: Since we chose a Lego hub, I provided some options for what logo I’d include. They chose a Lego head and a small rocket engine. This was the only step where I disregarded the poll. Once the name was chosen, I tracked down some yellow 1x1 blocks with an eye on them that resembled a duck eye.

Question 8: Accessories case. This question was a filler while I waited for the designer to generate examples for the next question. Still, it was an important question, since Rain City Skills is all about the extras. We settled on a fluffy duck zip-up coin pouch.

Question 9: Refined gap design. This step was more about the aesthetics of the gap design. Four choices with a similar overall shape but with some detailed “cuts” (shallow grooves) were proposed to change the look.

Question 10: Sticker Design. I put a call out for artwork. Then, we voted on which drawing to use.

Question 11: Cup Design. We offered three design options. This was the part of the design, which had the most room for variation, and we could have spent weeks on it.

Question 12: Laser engraving. I called out for artwork and then offered five options for voting. We actually ended up with a different logo, and as I look back, I can’t remember how. I think someone submitted a design after the fact, and everyone loved it.

Those were the main survey questions I ran through Google drive. I also did a less formal survey directly in the Facebook group to decide on the name and on the spot where the engraving would be placed on the yoyo.

The whole process could have gone on for a lot longer. In the end, I ended up walking the fine line between having (1) enough community involvement and (2) fatigue from reading and analyzing too many survey posts. I still had a skilled designer generate renderings for me (3D pictures of the yoyo based on the drawings). Overall, it was a very successful project, and I’m glad I undertook it. 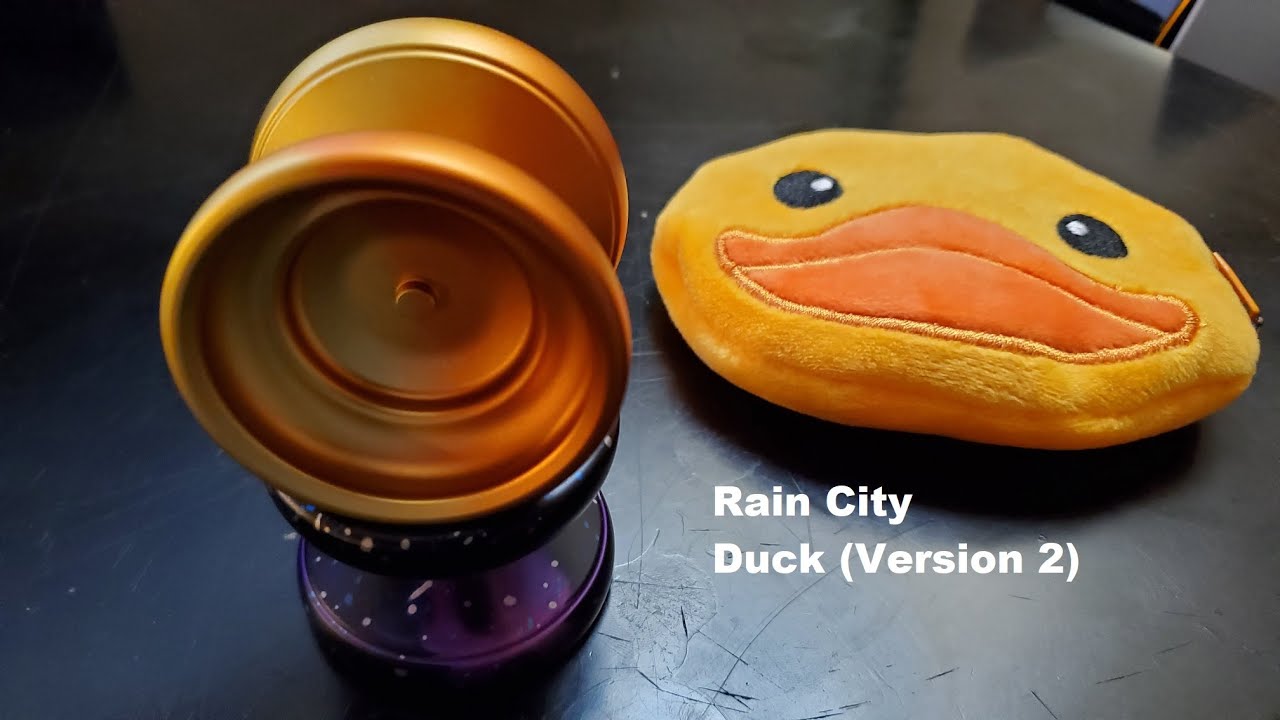 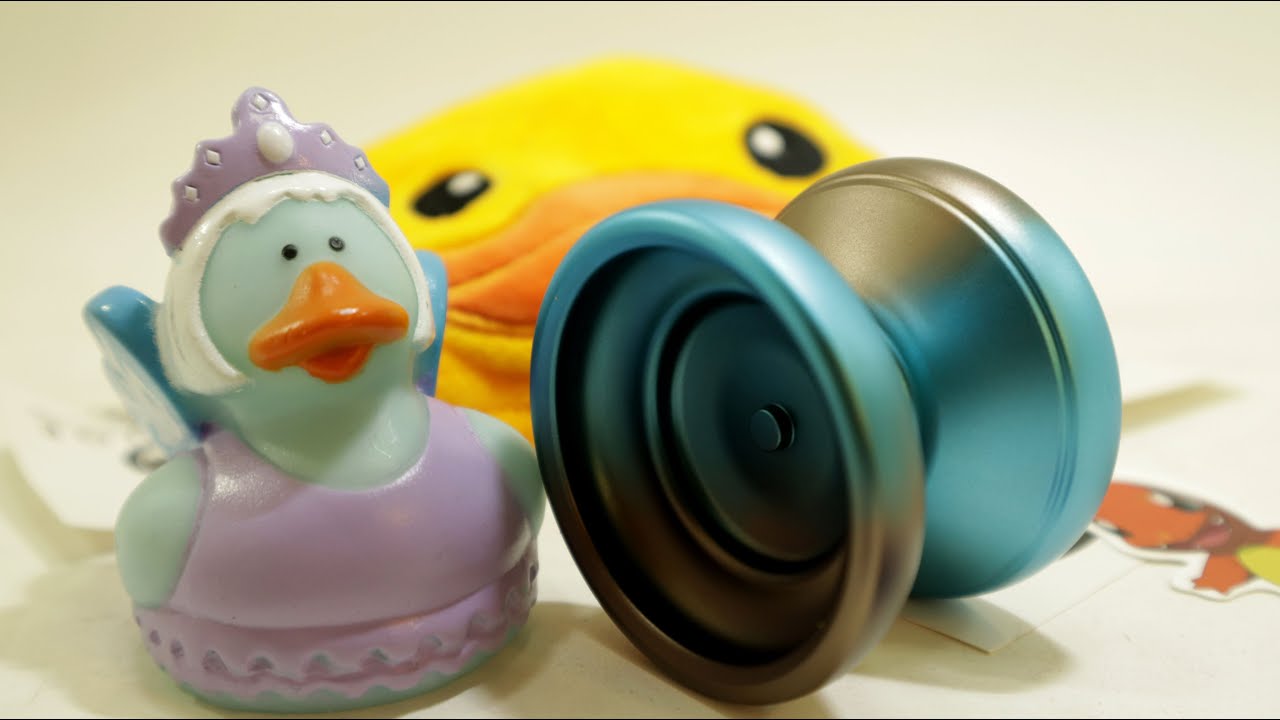 I feel like after reading all of that I don’t feel I still don’t know a while lot about the Ducc, mostly just about your process. 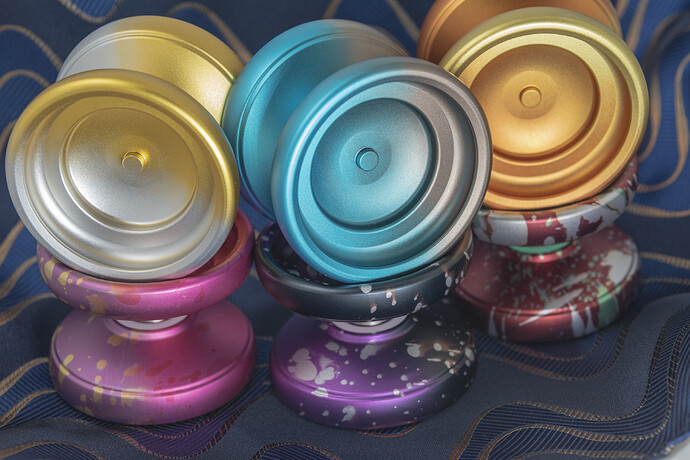 I should have added bits on the V2 as well. We did another half dozen polls for the changes, width, diameter, overall weight, weight distribution, colours.

Specs and details will be up in the store today when it releases.

Does the ducc come in that pouch we see in the unboxing vid?

It does! THat, stickers, maple candy, pogs, and a rubber duccy

oops! Thanks for the correction.

Update - Due to 2020 the release has been delayed. Will update when it’s available.

The Ducc 2.0 is now available, Ducc 1 is coming soon

Here’s a solid review of them both 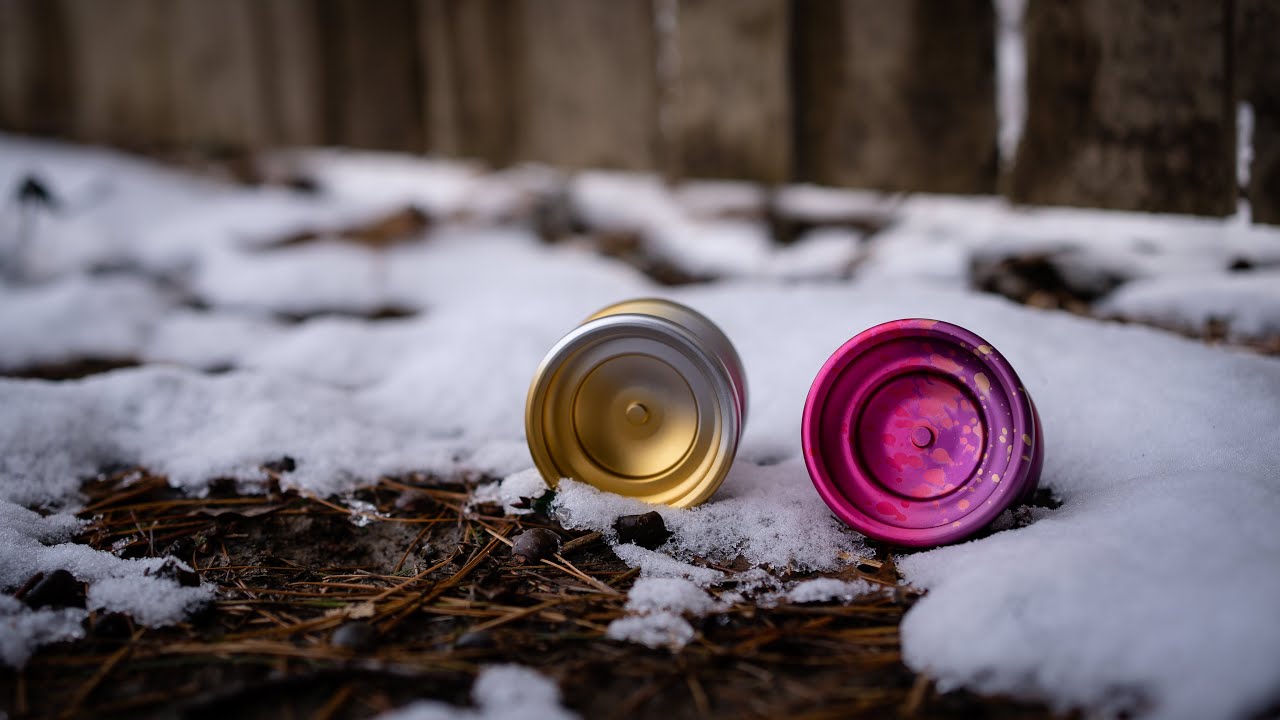