How do you create your own tricks?

okay so i think i have gotten to the point where i am finding it really hard to find good cool tricks. And the tricks that i have made up are way more impressive than any tutorials i have seen. But anyway. What do You guys do when You are trying to create you’re own tricks? how do You come up with new concepts???

it just really hinges on trying something different or watching other people and taking something from them that you like and putting your own twist to them.

Pick a mount you like and choose an element to do with it. I like to imagine how my trick will look beforehand, and I just try to make something similar to that. If I want a trick with tons of slacks, I’ll just mess around with the mount I choose until I find a cool slack. You just keep repeating this until you have a full trick/combo. Like alecto, I come up with my best tricks when I’m tired for some reason… I also am able to think of lots of tricks when I go to new places, whether that be on a vacation, or just wandering around the city for a bit.

I’ve created only 3 tricks. Interestingly (or not!) they each came to me a different way! They’re all visible in “Trick a Day, Eh!” if anyone cares to see them.

So, #1 experimenting from a mount, #2 visualizing and making it happen, #3 stumbling across it by accident during play

That is really strange :o I seem to make my best tricks when i am tired also…? Thanks for the tips though

Curious about the dead string. How does it help you creatively?

Curious about the dead string. How does it help you creatively?

Same. I work best at twilight with a fresh/semi-broken in neon yellow string. Makes the string look like it’s under a black light.

For me I LOVE using chopstick mounts so whenever I can implement something like that I’m happy. I also like using double or nothing tricks too. However most of my tricks just end up being combos.

I also like using chopsticks. Although it seems a little restricting

wouldn’t that be harder to create good slack tricks though.

Same. I work best at twilight with a fresh/semi-broken in neon yellow string. Makes the string look like it’s under a black light.

i love that look.makes it look so nice

yeah but what about if your dead strings are in a string ball? O.o

yeah but what about if your dead strings are in a string ball? O.o

Watch my tutorial in the Yoyotricks section of the forum.

Watch my tutorial in the Yoyotricks section of the forum.

Can confirm, this is worth wathing.

For me I LOVE using chopstick mounts so whenever I can implement something like that I’m happy. I also like using double or nothing tricks too. However most of my tricks just end up being combos.

I can confirm, I am a chopstick-a-holic. If I can find a way to add chopsticks in, I will.  ;D

I also like using chopsticks. Although it seems a little restricting

(^ how is it that even 8 years later that Mikhail’s stuff still blows my mind more than a lot of the modern play I watch…?)

For me it’s all just experimentation. I just throw and try and do things I haven’t done before each time. Even sometimes something as simple as using a different finger can open a mount into a new position. Rather than throwing a double or nothing around both first fingers, do it around one wrist and one little finger… instantly you’re in a new and exciting mount that you can play about with.

If you really lack inspiration, then try learning some elements from CLYW’s cabin tutorials and see if you can incorporate them in a new way or change them and put your own spin on it. At the very least it’ll open up your mind to the way that some fantastic tricks are constructed and should help you get a feel for how to come up with stuff of your own.

At the end of the day, regardless of what route you take, it’s going to take a lot of time and practice. You may get frustrated at times, but don’t let it get you down!

Story time! (for the benefit of anyone struggling with creating new stuff)

One time a couple of years ago, I went away for a holiday in the country and threw for at least 4-5 hours each evening before bed, for 7 days straight.

By the end of it I had come up with NOTHING of any real use. Absolutely nothing to show for 30+ hours of solid yoyoing and trying to create new stuff. I didn’t regret the time spent, because I love yoyoing, but I’d be lying if I said I wasn’t a little discouraged.

The first day I went back to work, I grabbed my trusty everyday yoyo and retreated away to a quiet place during my lunch break. Within 5 minutes I had come up with a bunch of funky new stuff that I still use today. 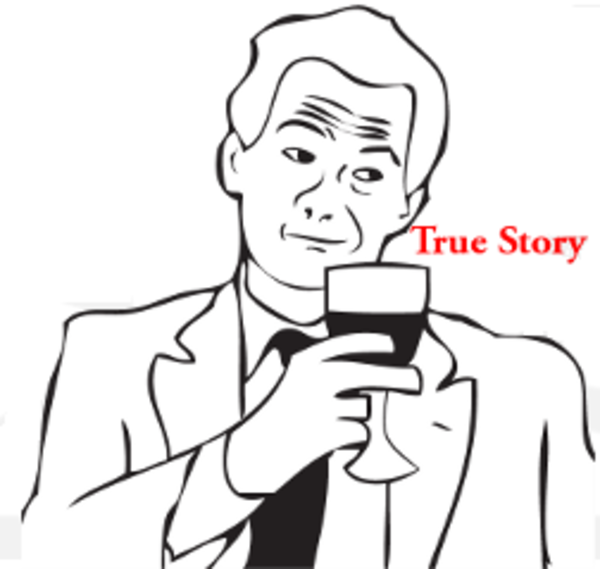 It just shows that you can’t rush these things, and that you shouldn’t get discouraged if you have days, or even weeks, where nothing seems to work. Just keep at it and don’t let it take away the joy of yoyoing.

In the roughly paraphrased words of Greg Pettit; “If you aren’t having fun, you’re doing it wrong.”