Some people said yoyo esthetic is a ridiculous matter, because how they perform is the only that matters. Well, this is correct though, but wouldn’t it be better if the performance and the esthetic of this magnificent tool come altogether?
When it’s comes back to esthetic, it’s all that matters when I want the Hicoo x Auldey Inca. When I first look at the picture of it, beauty. How can they think about putting a laser engraving on the catch zone, wall, response groove and the bearing seat of a yoyo? Wasn’t giving an engraving on the cup and the floor is enough? Even the hubs? What were they thinking? Solely the look of a yoyo instead how they play?
What?
But that thing is a beauty, and the engraving was not a simple put drawings or letter, it is a wonderful art on a yoyo, and that make me want one. Based on my experience with the Hicoo x Auldey Virus, that great looking yoyo plays magnificently also, so I want to make a shot with the Inca.

So as the history going, and on one point when I got my hands on one, it’s just like weird things, this bi-metal yoyo has a wonderful finish on it, like a sandblasted then anodize similar to the L3 and Virus, I bet this yoyo grinds very well. It’s shiny but silky smooth at the same time.
When holding at it, I can’t help but has a weird feeling that this thing is not from today, I know it’s a modern yoyo, but it kind of feel antique and old. Maybe it’s because the color and the shape of it, and the engraving. It’s like I go to some ancient ruins and find a very old gold coin to take home.
Whatever wonders, this yoyo look good.

[size=10pt]Shape and Construction [/size]
This shape is unique, at least for me. Although it resembles a 401, but smaller in diameter, the brass rims and the stepped hubs really give a unique look to this yoyo. Its feels comfortable in hand, but the transition form the aluminum body to the brass rims is somewhat sharp, got to be careful to that one.
This yoyo don’t have thick rims, but having a brass rims instead, as the brass is denser and has more weight than aluminum, thus making the weight is generally sit on the rims.
The anodization is beautiful, it’s shiny and clearly has a grind finish before the anno.
Bearing is a regular C-Sized bearing, made by Chinese bearing company, Kaleson bearing, it’s come heavily lubed, but after cleaning, this bearing performs very well. This bearing is a steel bearing though, so it can rust. I know this because it’s the same bearing that comes with my Virus.

[size=10pt]Play[/size]
On the throw, this yoyo plays heavy, for some reason; it’s like 69 grams in the end of my string. It doesn’t feel like a rock, its move easily just with a flick and easily go where I want it to go. It’s solid and smooth, no vibe noticeable with a finger test.
The brass rim weight setup on the Inca provide long smooth spins, but unfortunately, it’s not very forgiving to a bad throw or a throw after a bad bind. On those good throws though, the Inca performed beautifully.
Spin time of this yoyo is above average I think; it’s not insanely long, but clearly enough to complete a fairly long combo. Stability is satisfactory, it’s not genesis stable, but is relatively up there, it’s tilting sometimes, usually if the spin is almost out. The gap is 4.6 mm, big enough to take some layer of strings and made suicide loop nicely open. it’s slim, so the yoyo can easily go between string formation, but not that agile though, due to the heavy feel of this yoyo.
Grinding for this yoyo is superb, the finish of it making the yoyo literally sit on the skin. It has IRG too, so IRG’s are executable.
It has auldey silicone ring response system, same as the L3 and Virus, this thing like a ghost pad, but shaped like an O-Ring. It’s little bit stick out of the flush. For some cases, it’s a bad thing because it can grab the string and slow the yoyo down on multi layered string trick, but I find it’s not the matter with the Auldey response system, it’s provide superb unresponsive play while still giving a tight binds.
As said before, the transition form the aluminum body to the brass rims is somewhat sharp. One time I bind the yoyo back to my hand, I go careless, the yoyo hit my hand hard, it hurts because the rims hit my hand hard enough. There’s no cut, bruise or anything, but it still hurt. Not a bad thing I suppose, just a hunch to be more careful.

[size=10pt]Final thought[/size]
This yoyo clearly not only has great looks, just say the yoyo is beautiful, I like to see this kind of engraving in any other yoyo, just like some artist make a yoyo their canvas.
But looks is not the only thing this yoyo has to offer, it also has quite the performance needed to be a great playing yoyo. It’s a great mid size, good looking, smooth and solid throw.
The only issues I got with this yoyo are the quite sharp rims, which can be hurt when it’s not given the respect it deserve.

Thanks to all that read my review and leave a comment, it’s my first review though, sorry if its too long.

Nice man! You could review the thing again, I think Isaw some grammatical errors, it’s not thatlong.
Great job!

Nice man! You could review the thing again, I think Isaw some grammatical errors, it’s not thatlong.
Great job!

thanks.
i try my best about the grammar, i hope i do nice enough.
thanks for your comment.

thanks man.
soo happy you said that it’s awesome…
thanks.

Really nice review. You described everything about it, and I like how instead of copy/pasting, you got the specs yourself! Awesome job.

Really nice review. You described everything about it, and I like how instead of copy/pasting, you got the specs yourself! Awesome job.

wow! yoyo one of the most beautiful of all time … but not at the time I bought it because it was not anything special from the point of view of the play  and the laser incisions in the catch-zone are beautiful but wrong because they cut the strings …
too bad!
differences between the original version produced by Hicoo and later produced in collaboration with Auldey 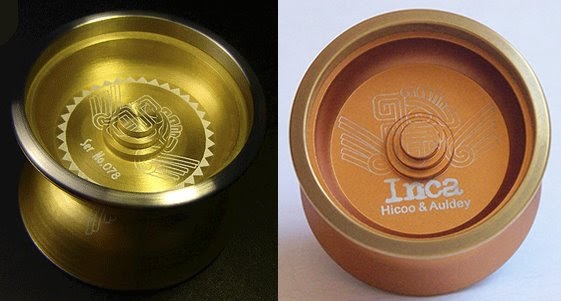 this is pretty random, just comparing the 2 versions of Hicoo Inca for those who are interested. the original ones during 2007 when Hicco is... 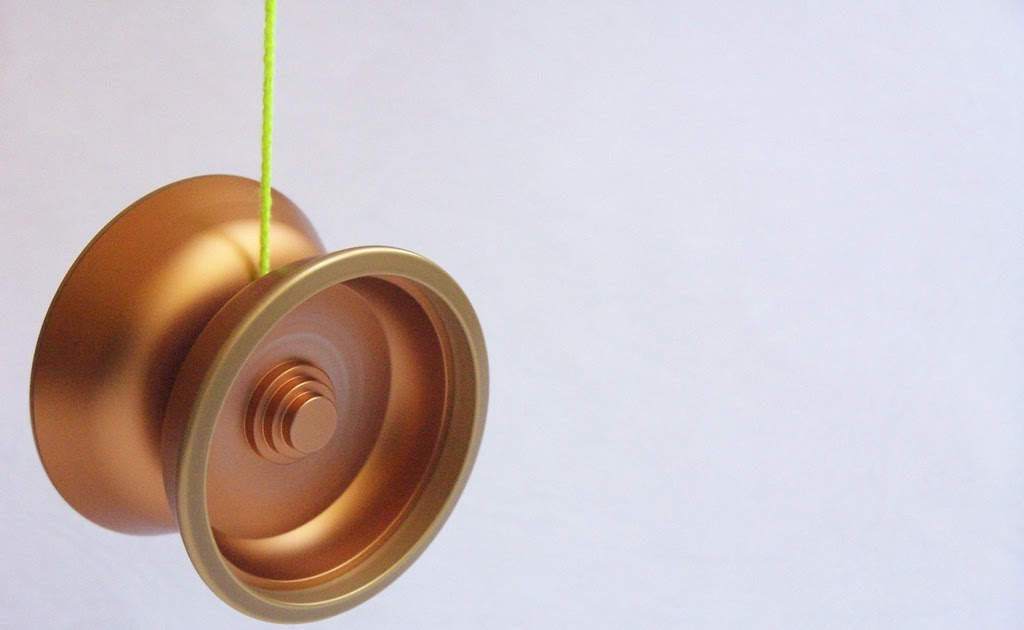 China original team up with Auldey