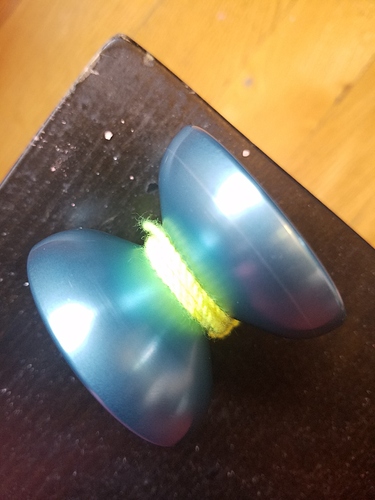 My hands are clean…

My nails are cut… 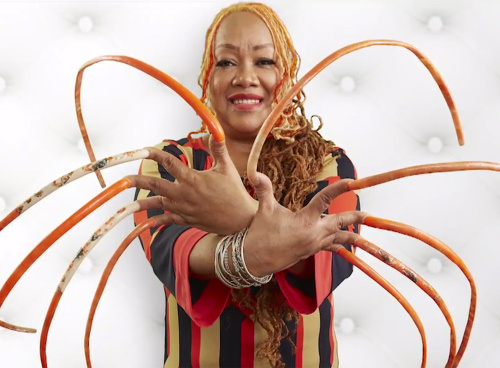 Does the line disappear if you try to rub it off with a cloth? I’m thinking maybe the yoyo has acquired a thin layer of dust/dirt/oil and that’s what was removed, not the ano.

That was my first presumption considering I didn’t throw the yoyo for about 2 years, but it looks like its there for good

I was thinking along the same lines. I’ve had it happen on the rim from thumb grinds. It was just fingernail dust that I could rub off.

Oh dang, I guess maybe do the other side now to even it out?

Its funny because I had the same idea, to even it out, but apparently my fingernails aren’t made of metal anymore after that incident…

This is so weird. Was there any chance of like sand on your fingernail or anything else that would have scarred the surface? I realize this sounds crazy, and it probably is but MAN that is a weird thing that happened to you!

I have this weird theory… If you look at the matte version of this yoyo(yoyoexpert has it) it has lines/grooves similarly placed to where my yoyo had this anodize-rub off incident… I’m no CAD developer / yoyo maker but I’m pretty sure the small groove/step up is designed to hold the yoyo steel weight-rings on the hubs. Maybe if I run my fingernail on the other side where the line is it will even it out?..

I wouldn’t rule it out 100% but its unlikely for it to be sand. I did see some blue on my nails so its safe to say the ano has left the chat

are there counterfeits of sputniks? I’m not the first owner of this yo-yo so I don’t know where it came from

YoYo wiki says yes, it is 7075. Maybe the lighter colors are more risky with 7075? Not personally a fan of baby / light blue anyways…

well that explains its I think. It has ano fadings on the cup edge too which is notorious w/ this yo-yo

LIve got this same sputnik and color. Ill try this right now. Itll play the same later if it does worst case. brb.

Here is my before and after. Threw hard, and tried to keep my nail in one place. Harder than I thought it would be. Tried it a few times, one just one side and the both. Pressed rather hard on the last one. So far, seems ok. Im not sure man. 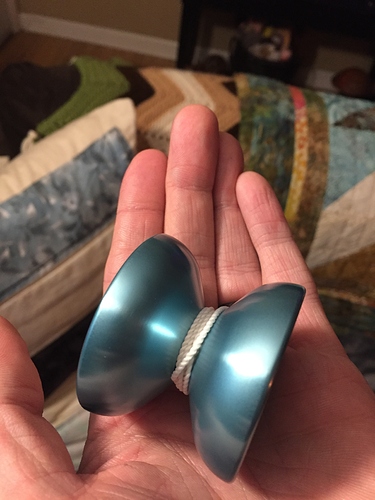 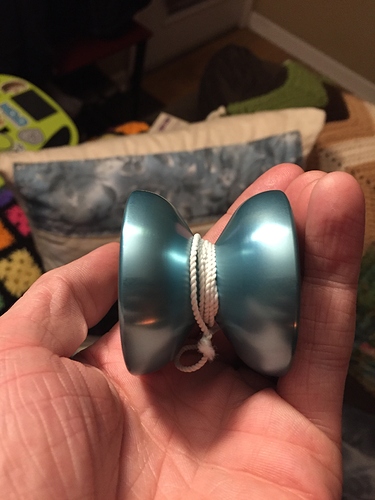 Could be a bad batch, maybe one or two got through QA with bad or weak ano on a 7075 bimetal? Is that possible @da5id ?

Ok… I have a quick validation test for you.

If…’if’ you think it may have been your fingernail plus thin ano that caused that line. Then do this>

Try to duplicate the line by doing the fingernail test again; in a slightly different area. Use every fingernail you have. See if you can make a similar line in close proximity to the first line.

If you like things symmetrical; try to produce a duplicate line in the other half.

I figure if how you think you did it was how it happened; then you should be able to repeat that line.

I also use/have used monkeyfinger buff, so the wax could be affecting my “science”

Im more surprised by how hard it was to even try to keep my nail in one singe place.

It’s likely bad ano. This is what happens if you don’t get the current/amp settings and ano bath times correct, the ano sloughs off. Because yoyo halves are anodized separately, it’s possible that one half was done incorrectly and the other is fine.

That sounds like what happened with my RadiYOactive Cyclotron. One side has pretty solid ano, but the ano on the other side started to come off on my thumb nail from doing a couple thumb grinds in the inner ring groove.