No lawsuits here. barely anybody visits these forums anyways. haha

I always went for the Ultra Monsters which were sugar free.

This is me, but solely for the taste. Don’t be fooled, anything that says ‘sugar free’ these days is a LIE. That just means they don’t specifically use sucrose. Monster Ultra uses erythritol, which is a sugar alcohol. They claim it’s healthier than sugar, but the FDA has also flip-flopped on eggs for decades, so who really knows.

Do you know about ‘sugar-free’ Tic Tacs? Tic Tacs are almost 100% sugar, but since each one is less than 1g, they’re allowed to round down and say there’s no sugar.

I justify my Monster drinking by working out a lot lol

Have drank his toilet water, can confirm.

I’m all about GHOST. They have some of the best and most accurate flavors ever.

I also drink C4 regularly as well. These are the ones I’ll usually go for. I tend to rotate between C4 and Ghost.

C4 Freedom Ice
C4 orange slice - I normally don’t like orange but this is pretty good.
C4 Midnight Cherry - I absolutely hate cherry flavor but for some reason this one is really good.
C4 Frozen bombsicle
C4 Sour Batch bros (not as good as ghost)

Every once in a while I’ll get a bang or two but I can’t drink much of them because of that bang taste, it’s just overwhelming and you can taste it in nearly every flavor. But the ones I do get are

I used to drink a ton of Monster and Rockstar (zero sugar only) but ever since some of the other brands his the market I don’t get them as often. I’ll still grab some every once in a while but it’s rare. Now that Pepsi owns both Monster and Rockstar, they have tapered back Rockstar’s offerings and even changed the flavors of some of them. It’s hard telling what they’ll do to them in the next year or two.

I’ve tried a few G-Fuel and honestly, they all are underwhelming. I’m not sure what all the hype is about them. The Tetris one and PewDiePi’s Lingonberry are the two I seem to actually really like all of the other cans are just bland or have that g-fuel taste that’s similar to bang.

Anyone try prime by KSI and Logan Paul? 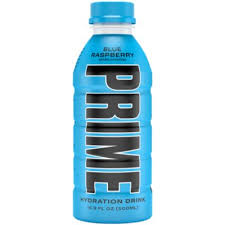 Blue raspberry is my fav