what are some of the better delrin throws? i picked up some zeekio delrin and can’t stop playing it so i was wondering what others people would recommend.

RecRev F(x) is super good! Sadly I’ve only tried some b grades…

I absolutely love the crazy d

The Halo by C3 is great as well

Delrin is good for modding too… 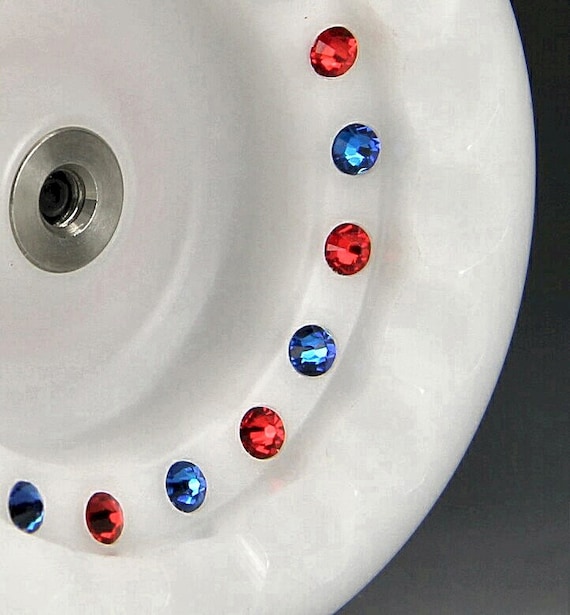 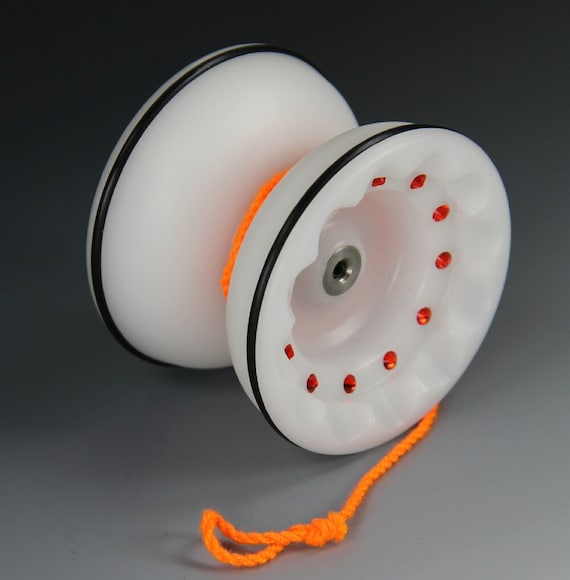 Lol looks like it is. Sweet work there man!

The V was REALLY good. I don’t know why I ever got rid of mine.

The empire sun was also a very similar shape to the code 1 and I liked that
The organic shapes of the Cream, milk and milk 2% were nice
The sceptre was a unique play on spacers from C3 which was fun and the halo was very solid in my mind
The yoyojoker elements, exceed and perceptor are awesome since theeir hubs are interchangeable

The YoyoJoker Perceptor is an absolute treat especially since you can interchange bearing sizes and hubs. It really is an excellent player too.

I really like the OneStar if you are lookin for something cheaper. Otherwise I’d say the Severe.

Good catch…yes, they are both Rec Rev TA-1S’s with rubber bumpers, rhinestones and rose engine turnings.

Is it alright to talk about MYY? Well I received a MYY D5 not long ago and its awesome. I going to go off topic and say that I have to be careful of how much I tighten the yoyo when screw it back together. Might be damaging my bearing, would be great if there were arrows.

Of the two I would recommend the a-grade it also has a better spin time than the b-grade. I also have the Crazy-D, and I can back up everything that is said about it. I haven’t been able to play it much due to some rattling inside the caps, that has been fixed in the future runs though. I would pick the crazy-d over both a-grade and b-grades f(x) again and again. It is that good.

You have a 1st run B-grade. The entire first run of the f(x) ended up being classified as B-grades.

The 2nd Run f(x) look like your A-grade, but the B-grades from that run have more vibe. I have a first run B grade and a 2nd run A grade, and my son has a 2nd run B grade.

My favorite delrin rotates between the V, Halo and f(x).

RecRev F(x) is super good! Sadly I’ve only tried some b grades…

Off-topic, but I’ve always wondered how that name is pronounced. Would it be “F of X” or “Function of X” (for the math-literate people out there)?

You could talk to Landon about getting a volume or something. I heard he may be restocking here.