Should yoyoing be an Olympic sport?

Do you think yoyoing should be in the Olympics?

A lot of people would like it to be, but not me.

I recognize that it would give a lot of credibility to what we do and bring in a lot of money, attention, and new people, but I feel like it would be trying to squeeze yoyoing into a box which was never meant to contain it.

To me, yoyoing will never be a sport, just like skateboarding will never be a sport, or dance will never be a sport. My daughter gets irritated when I say I don’t see dance as a sport. She sees it as a slight, but I mean it as a complement. To call it a sport would be to take away its power and its meaning; distilling a thing which is meant to express the experience of being human into a series of numbers and ticked boxes. To call skating a sport is to take a thing which was built as a counterpoint to the world of rules and force it to conform to a specific ideal. What could be more self-defeating? These things are OBVIOUSLY athletic and physically demanding, but to me, they transcend “sport”.

When I say that I don’t see yoyoing as a sport, I’m not trying to belittle our contest players or champions. It is a pleasure to see them take the stage and show their unique perspective and uncanny ability. The contest scene gives them that vehicle, and many of them (though not all) would see no purpose in it if the carrot of “winning” were taken away.

Ironically, I like judging. I just judged Worlds. I like the system, which has been so well-refined. Just don’t ask me to invest anything in the results. Did ANYONE in the ballroom at the Renaissance realistically know who the top 3 would be at the end of 1a finals, let alone top 5? Of course not. Even among the judges (who are split between doing tech and eval scores), it was anyone’s best guess how the scores would fall. By contrast, “subjective” Olympic sports like figure skating or gymnastics are INFINITELY more regimented, and the broadcasters can point out specific deductions in any routine or event. I don’t think mainstream audiences would truly fall in behind the freedom and subjectivity of yoyoing as it exists today (which to me, represent its very best aspects).

And even if they did, I will always see yoyoing as an inherently creative and expressive art form, which will always defy our attempts to define or constrain it. It’s not that it’s not good enough for the Olympics. It’s TOO good.

The Olympics doesn’t let you change your music the morning of the contest, so that would eliminate most of our best players.

No, it’s not a sport as ed so aptly explained.

Yoyos will be an Olympic Event; the same day Pie eating gets the nod😳

I feel yoyoing is at its heart a performance art (or a contemplative art, which is sort of another way of saying that you’re performing only for your self).

Clearly, you can have competitive objective trick ladders and subjective freestyle competitions, because a subset of those that partake in the art/skill choose to find a way to shoe horn yoyoing into a seemingly near ubiquitous human need to compete.

But I hope it never is. I appreciate being the weirdo on the patio at work that everyone just looks confoundedly at, aside from the 1 out of 1000 who walks up and says ‘Do you think you could teach me to land a yoyo on the string like that? I have a butterfly yoyo at home.’ (which happened to me for the first time today!).

While it does make me a little sad that my local Circus Arts school doesn’t have any yoyoing sessions available along side their juggling and unicycle classes, I feel more a kinship with those guys than beach volleyball or table tennis. I’d never want to see juggling in the olympics either. For juggling’s sake.

I think it’d be cool. Curling is an Olympic sport, so I don’t see why not. It seems like more of an X-Game, though.

Yoyoing is special partly because of the small community, the people who make up this community do it out of love. A huge mainstream boom (like being an Olympic event) would kill the mystique, imo at least.

Yoyoing is special partly because of the small community, the people who make up this community do it out of love. A huge mainstream boom (like being an Olympic event) would kill the mystique, imo at least.

I think I’d be okay with it getting a little more popularity honestly. It might be okay if you’re living in California or Japan but it’d be nice to have more local throwers around.

Tvelto, there’s no subjectivity to who wins a curling match, and I doubt any of them see their sport as having any self-expression involved in it. It’s strategy and physical execution. It’s not the world’s most physically “demanding” sport (though it’s harder than you think!), but that’s not what’s under discussion here.

I think it’d be cool. Curling is an Olympic sport, so I don’t see why not. It seems like more of an X-Game, though. 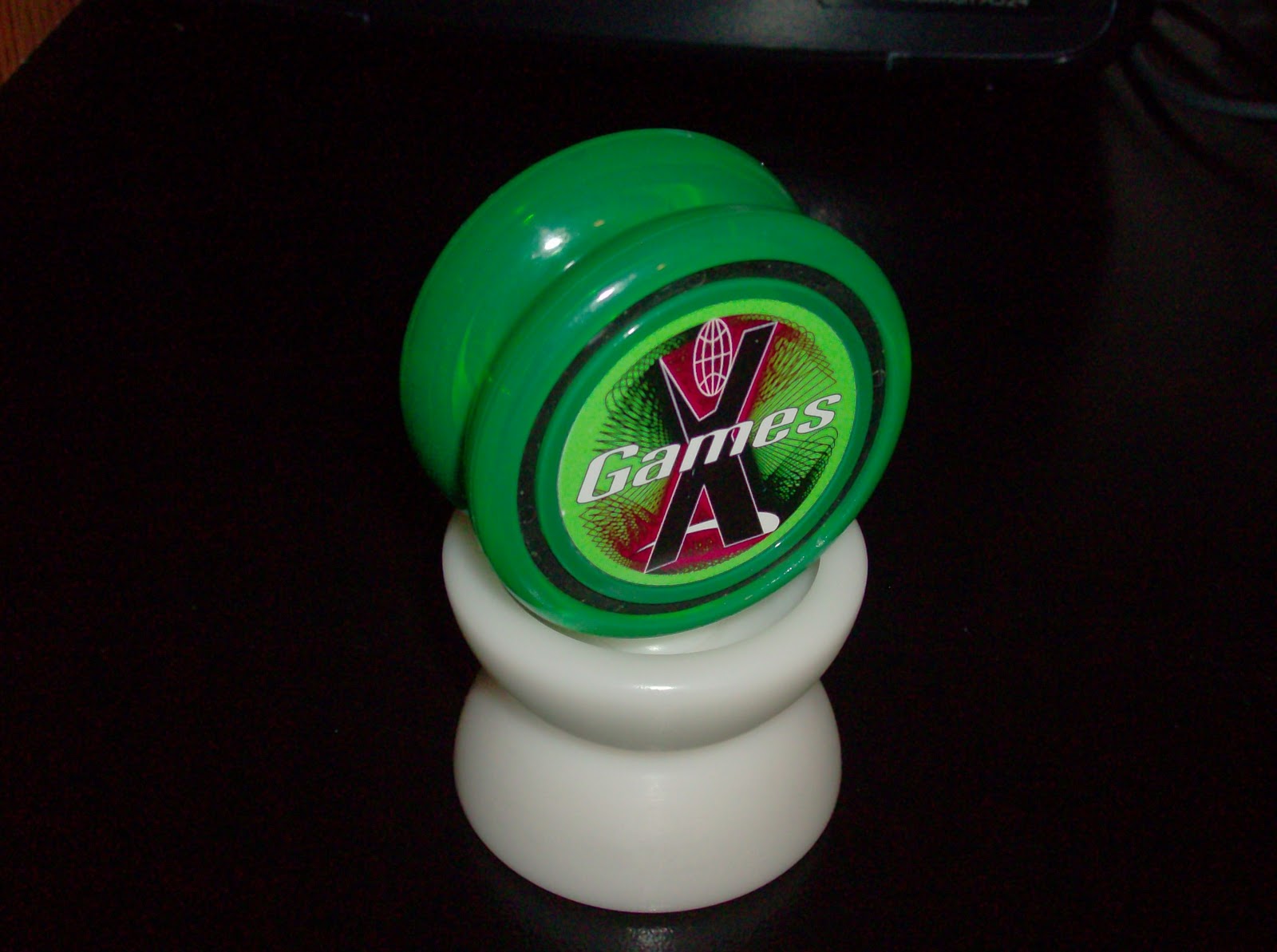