Hi guys Palli here, I know I haven’t been active on forums for the past years but I’m going to try to change that and I think it’s an important thing as an new manufacturer.

For those who don’t know me. I’ve been a part of the community for a long time now(16years).
I was a big part of innovating a lot of modern stable yoyo tricks of today including Grindwinders/tornado binds, advanced folding gates, Tons of follow slack variations and technical hat tricks(If you are fans of Paul Kerbel then know I inspired him to do them

I was also one of the first members of team CLYW joining back in 2009 and quitting in 2018 to work on my own stuff and give up a spot for the new generation of throwers. Together with them I worked on the widely beloved Puffin series which had 3 models and gave input on a lot of their designs.

In 2017 I was the head organizer the World Yoyo Contest in Iceland, the biggest yoyo event of the year.

Reykjavik Return Tops is a new company based in Reykjavik, Iceland and is a solo project run by me where I make all the designs and graphics myself, minus upcoming collaborations

. Since Icelanders are the country closest to being Vikings I decided to make all of my work inspired by old nordic themes, gods and stories.

I released my first solo project, Ragnarok last year and sales could’ve definitely been better. Yoyoexpert has still plenty in stock so I’ll need to work on my US fanbase, on the other hand it sold really well overseas in Japan. It’s an absolutely fantastic 7075 throw with me only hearing positive things from people that have tried one out and I’m currently working on ways to reduce my pricing for future releases.

You can check out the specs and order one right here: 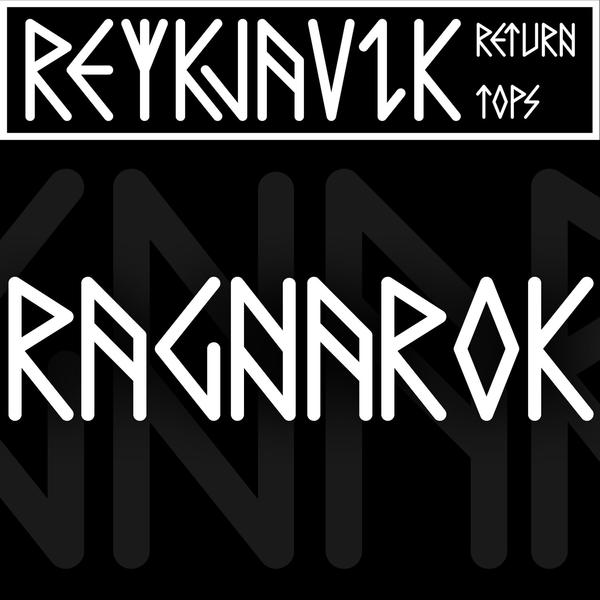 From the Manufacturer: Reykjavik Return Tops is a new yo-yo company based in Reykjavik, Iceland and is a solo project by Páll Valdimar(Palli).  Palli is no stranger to the yo-yo scene, being a part of the community since 2005 and a head...

This year Covid19 hit pretty hard and has delayed my next projects severely but currently I have a brand new bi-metal in production which should be released in the upcoming month. 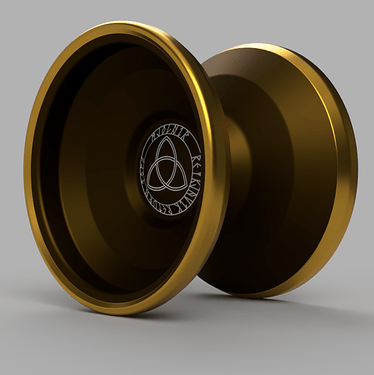 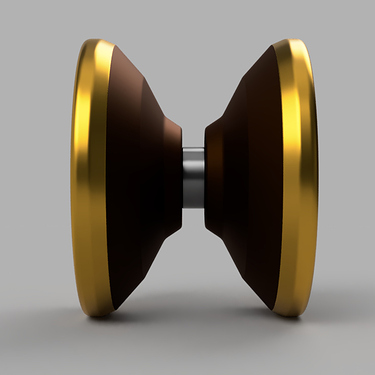 Why Mjolnir? Because when I traveled Japan last year I wen’t to multiple yoyo meetings where I had the prototype with me and the most common reaction I’d get was “WHOA So much power”.
This yoyo was designed as a complete powerhouse, with an incredibly wide catch zone. It’s final weight is around 66grams so it won’t move as fast as some of the lighter bi-metals but if you are a fan of one throw freestyles and incredible stability and power then this is a yoyo to consider. It’ll come in brown with gold rims, dark blue with Raw rims and a secret FIST SALUD version which I’ll unveil later. 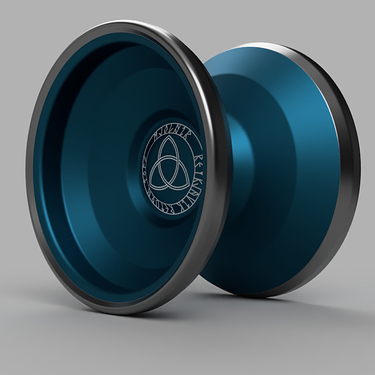 Just wait until I show off the fist salud collab colorway

The real question is will mere mortals be worthy of lifting it.

I don’t know if this is appropriate for me to say sense you got your own brand now, but I have been thinking how cool it would be if you made a bimetal of a puffin variation. But without making it seem too much like a yyr sputnik. Just putting that out there.

I love this design though dude.

Noted, no unengraved planned for this run but I’ll keep it mind for later releases if it’s something people are interested in.

I like the engraving. Just my opinion. Maybe do a poll to see who prefers engraved vs unengraved? I think it adds a nice touch of personalization

How does it compare to the Ragnarok

Palli you’re a legend! It’s so cool that you’re active on this forum again!

Ragnarok is a wider faster model perfect for current competetive “meta” style. I’d put it somewhere in between a Cadence ES and a Recog, though I feel like it has a bit more power in it because of the h-shape design.

Mjolnir has a pretty big diameter, In terms of stability and spin time/power it’s one of the best, Can hold up to 2 minutes of tricks on one throw. It’s a slower yoyo but it can move fast if you want to. I’ve been using mine for 3A a lot because stability is so key there. TP throws like Colony and Anubis were a huge inspiration for it.

I personally like the engraving. Palli is a Mastermind and I would prefer an engraved yoyo.

I’ve been around for 22 years now. And I have ‘hundreds’ of yoyo with Absolutely ‘no’ markings of any kind on them.

If I didn’t know what they were; I would totally have to ask somebody else. Engraving helps identify yoyos more accurately.

It has even proved to have an advantage in identifying bootleg yoyos. The Bootleggers can never seem to get the same level of quality engraving.

I remember years ago, somebody was booting some Yoyorecreation yoyos. They were amazingly identical in specs… But the engraving allowed easy detection of phony models.

No doubt it would be great is Makers could or would make their batches half engraved and half not.

Seriously, if Palli wanted to get a hand engraving tool. Like the ones Company’s use to mark equipment.
And he would autograph his name for me on his next release. I would even care if his hand was shaking and his name came out kinda funny.

That would be just fine by me.

Unless they have some unique finish like One Drops pyramite yoyos you haven’t seen in the store or bst are nearly impossible to name unless you were to, say, spend an inordinate amount of time reading old forum posts, blogs, wikis, and other online material…

You really been pushing the fact its competition made huh? Aha