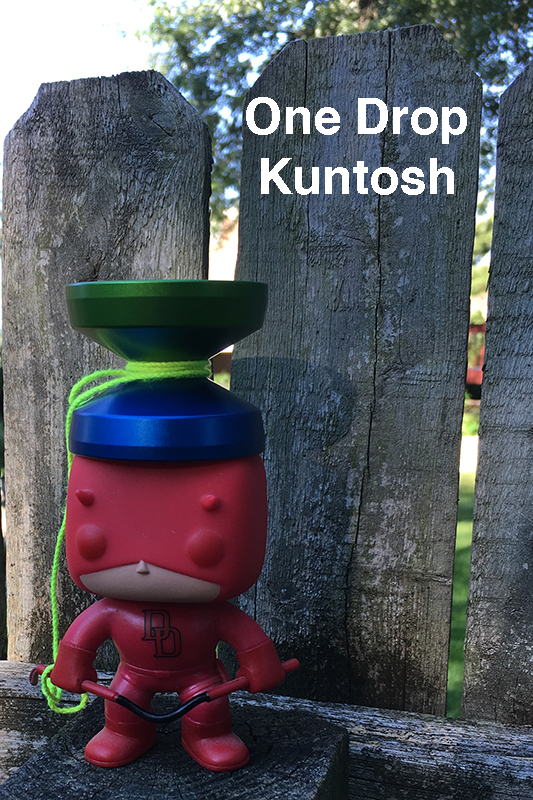 Let’s just get this out of the way right now, everyone has their “unicorn”. That hard to obtain object that causes major amounts of obsession when thought about. It does not matter what hobby, or hobbies, you subscribe to, if you are in it long enough you will have your unicorn as well. I have many different hobbies that I geek over. As a comic fiend, I would love to get my hands on Daredevil #1 and #131, first appearances of Daredevil and Bullseye respectively. Now I know that the Frank Miller run is the gold standard of Daredevil comics but that is the thing about unicorns, they don’t always have to be the “best” offering in the hobby but they need to mean something to you. In the yo-yo world, for the past six years the unicorn of choice seems to have been the Anti-Yo Kuntosh. It was first planned for a 2010 release during Anti-Yo’s resurgence. During that time Anti-Yo tapped One Drop to machine their new designs, complete with Side Effects. The Kuntosh never actually saw a production run and only ten prototypes were made, with two of them going missing. So for the last six years there have been whispers by those that have been luck enough to throw one of the eight remaining prototypes. Every time a hushed post appeared in the forums it caused the rest of the yo-yo community to start clamoring for its release. Skip to early 2016 and One Drop announces that it has finally inked a deal with Mr. Patrick to release the Kuntosh officially as the “One Drop Kuntosh designed by Sonny Patrick”. It is now time to see if this unicorn lives up to the hype or if, like the car it is named after, is better left as a poster hanging on your bedroom wall.