(moved from Mail Day thread to not clog it up)

Wall of not super-proofread text incoming with some thoughts I’ve had after playing with it for a few days that may or may not interest you. The tl;dr is it’s a very good hard to put down yo-yo that I already want a second of.

Leading pic of Kamuraiju along w/ two of it’s inspirations, the Summit and Kuntosh: 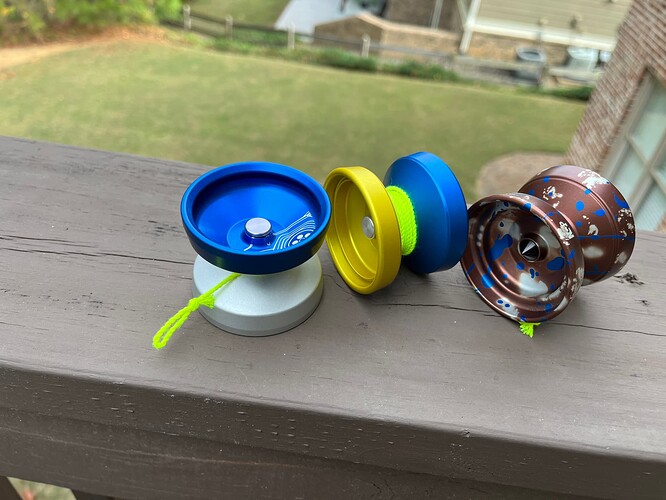 The Kamuraiju wasn’t what I expected it to be, in the best way possible. Going in seeing the shape, knowing it was Kuntosh inspired, and reading Daiju Okamura say that it’s best played with a light touch, i expected something more Kuntosh-esque on the string: present, but with a lightness in feeling from a lack of rim weight similar to some A-RT throws, something that is great for jam sessions and rewards clean execution while punishing sloppy play.

In some respects a few of those points do apply to the Kamuraiju, albeit with caveats. The Kamuraiju is forgiving, to a point. A ~4.3mm gap is small compared to today’s monster gaps but it’s still a relatively large gap for all intents and purposes; using thicker string like Kitty XL is going to necessitate cleaner play, but is still perfectly doable. While outside of the very first throw I haven’t experienced any painful snags, I do need to be mindful of string layers in the gap and of using backspin while throwing it with Kitty Polo (~XL); that first snag was with the stock string which is ~normal thickness but outside of that it was smooth sailing. Thus, it is a yo-yo that rewards clean execution while punishing sloppy play (with thicker string).

However, as mentioned on the string it did not feel like I expected it to. Instead of the Kuntosh-esque feel I was expecting, the Summit influence comes through full force here with the kinda double rim giving the Kamuraiju a very addicting boost of power. It’s not going to be your next competition mono-metal but it is by no means a slouch. I tested my long combo (~40 seconds) on it compared to a Summit (spike SE’s) and Kuntosh (flat caps). The Summit was the winner here in terms of still having spin at the end of a mostly clean combo, but the Kamuraiju was right behind it with just a bit less spin left. It was harder to land the combo cleanly on the Kamuraiju though as it has a smaller catch zone than either the summit or the kuntosh. In contrast though, the Kuntosh struggled to have enough spin to finish the combo even when executed cleanly.

To see how it plays / show how it reacts to not-necessarily-clean play better than I can describe, here’s a raw recording of ~5 minutes playing with it from this afternoon:

Anyways, this is getting long so I’ll just sum it up here: in my opinion Daiju Okamura and One Drop have done something pretty special here in combining the strengths of three iconic One Drop yo-yos (the Project, Summit, and Kuntosh) into an extremely fun throw that’s relatively pocketable while still being powerful enough for some very solid casual throwing and beyond. Highly recommended for fans of their throws, especially its three influences.

Thanks for the review. I’m going to have to nab one.

I could watch you play forever! Love your style.

I could watch you play forever! Love your style.

@Gurr thanks! that was actually most of the combo I used to compare spintime between the Kamuraiju/Summit/Kuntosh, i.e. something i’ve actually practiced instead of the other stuff that was just screwing around.

Kamuraiju drops tonight, don’t sleep on this one!

I love that half swap!!! I got just a solid black. I always try to imagine half swap options, but that one never entered my mind. If you get tired of it and want solid black let me know!

Thanks! I think it turned out pretty great too. I picked it as an homage to the picture of an Anti-Yo Kuntosh proto on the yoyo wiki page for it haha 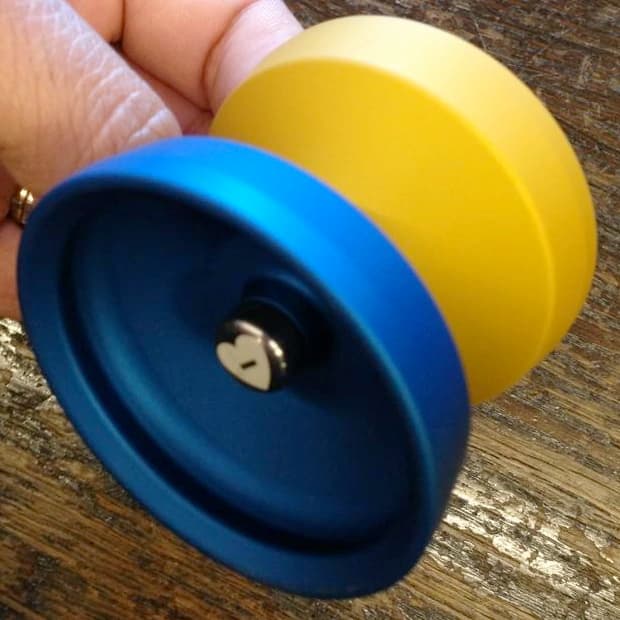 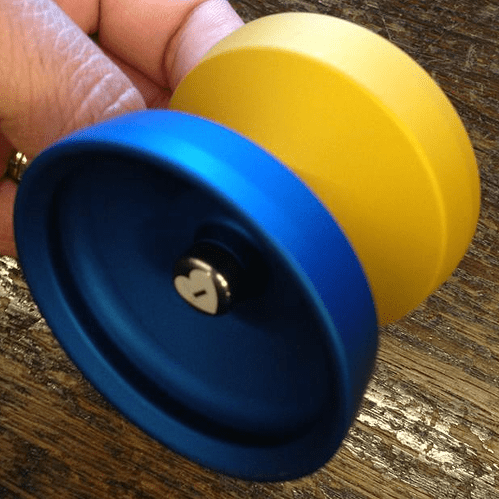 The Kuntosh (also stylized as Küntosh) is a yo-yo that was planned for release sometime in the 2010s by Anti-Yo, but this had never come to pass. Only 10 pre-sale prototypes were made, two of which being lost, so the other eight units still...

Kamuraiju or topdeck? If you had to choose

Hmm, they’re pretty different yo-yos, and it’s been a minute since I’ve thrown my Top Deck so it’s a little hard to compare. For what it’s worth mine is trashed (previous owner walked the dog with it) and still smooth. From what I remember it’s a very nice well performing yo-yo, in line with a lot of competition monometals. For that reason my gut says Kamuraiju because I can’t think of another yo-yo I have that plays similar while I have several competition monometals.

That’s a cool take! Thanks

Agree with this statement. Kamuraiju seems familiar, but extremely fresh and new at the same time.

Actually a question I hope some others weigh in on. I’m patiently waiting on the Top Deck drop, and I’m only getting one, but my gut says get the classic or I’ll always wish I had. Plus, not likely to be run again whereas the Kamuraiju probably will. Any other thoughts?

Kamuraiju or topdeck? If you had to choose

I would choose 2 of each…

I have one coming. My hope is that it feels more on the solid side in play.

The Kamuraiju aong with the GOPA may be my favorite releases of 2022.

I really get the same feeling in play as I did when I first got my GOPA; pure fun. Seems to fit my unusual tastes very well.

I think thats an accurate description of it. I wouldn’t describe it floaty at all.