Offering up to 2500$ for OG Levi Peak depending on condition - Also looking for Ultra matte Luftverks, Hydrangea stuff

Since I missed that one a couple months ago I’m just gonna throw this out there and see if anything comes my way. This is the great white whale I’ve wanted for far too long. I also have Anti-yo and other trades if anyone is interested in a cash + yo deal.

Is this your limit? lol

This is the best place to come to buy some new or used yo-yos, sell off your current ones, trade yo-yos with people, or talk about yo-yo related topics like new releases, contests, companies, videos,...

you hit this guy up yet? 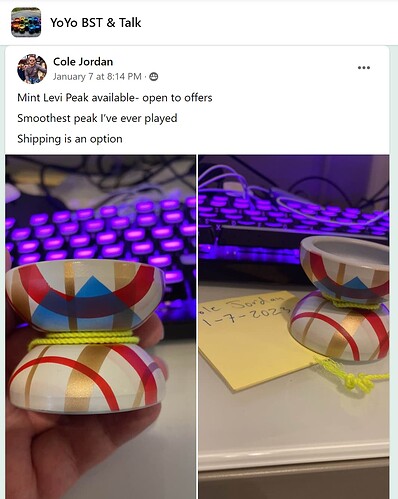 That’s a solid offer. I’ve moved 2 mint OGs since the fall. The one that was listed publicly went for $900 + #44 and the second sold privately for $2500 even. I’ve had offers of $1500 for a second run eBay Peak. Despite this era of yoyos commanding less dollars than in months past, the Painted Peaks remain strong.

Here’s a photo of a few before I sent out the second privately sold mint OG recently. Wish I got a photo of the mint ones together. 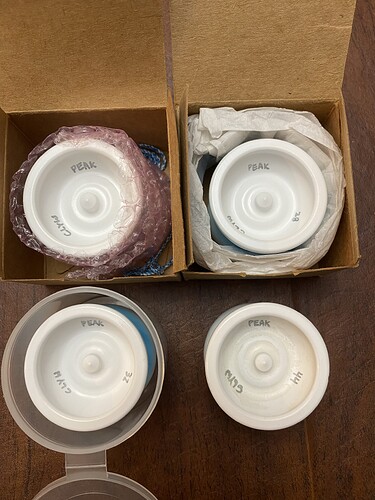 That’s a nice one but only looking for the original numbered run currently. Thanks for the heads up though!