KENDAMA: What are you seshing today?

What’s everybody’s favorite brand? Thinking of getting a new dama soon, and considering mainly sweets pro mods, kroms pro mods, and graintheory. Which is you guys favorite? Have any other brand reccomendations?

Ozora, Analog if you can ever catch them in stock

Is there a good yt vid someone can share to show me what modern kendama looks like?

Unfortunately it isn’t as easy as with yoyos where you have dimensions to go by, but pretty much anything that indicates larger cups will be more modern in design. Some might not even mention that tho because it’s so common now.

My fave is the sweets decade, or ozora reshape 3. Quills hawk shapes are also hella for me since I have big hands. It’s worth trying different shapes and woods until you settle on something you like. A person who juggles a lot will have different preferences to someone who does a lot of lunars and stall tricks.

Like I hated natty stuff ever since getting old sweets focus kendamas; until I got a keyaki reshape three, and that thing is so honed out of the box–im having a time and a half beating up the Tama and it’s getting that much easier to land stuff thanks to it. It’s making me slay harder when I transition back to painted Tamas.

I never understood why people would have so many kendamas all having seemingly the same shape until I really started to get into it and understanding how minute difference can change play, much like with throws.

I should have been more clear, lol my bad. I meant trick wise. But this information is also helpful to me

Just go to youtube and type in kendama. Its gonna be full of juggles, downspikes, and epic balancing. Everyone seems to be obsessed with lunars and lighthouse as well.

Over the weekend I was playing with my Krom x Jody Barton skeletons. Ive been obsessed with learning a basic juggle, but reality tells me I just need to put more time in with the basics.

Anyone checked out the new sweets ruisch mod? Looks pretty sweet, and ruisch is such a great player too. He’s pretty amazing to watch.

Everyone seems to be obsessed with lunars

This trick is the only reason I tried kendama lol. That and the original Mateo ken was cool looking to me. Took me a month to land a lunar. Still playing a RWB mostly.

It’s a little busy for me, as are most sweets. I kinda dig the Fraser decade mod but probably not enough to pick one up. Only sweets I’ve got atm is a homegrown but I’ve never really meshed with it unfortunately 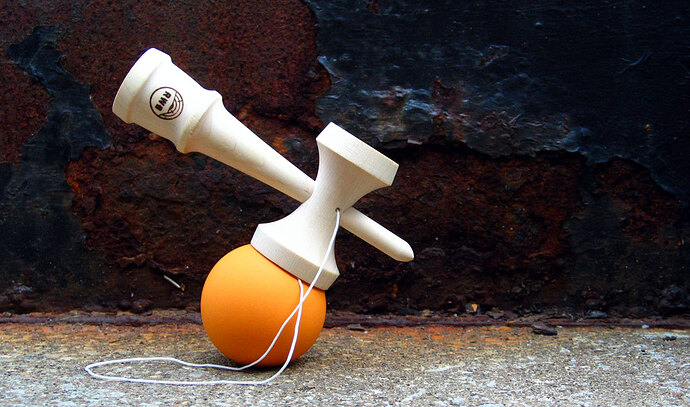 I’ve got a ‘Booger’ Homegrown and it’s slick as glass so it sits. I liked cushion paint in different iterations but find it can be too sticky on some. 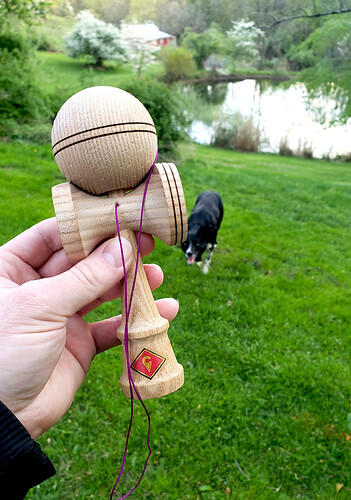 Been really enjoying throwing this red elm Craft Kendama. It’s lighter than my other maple kendamas which seems to make it easier to land tricks.

It’s lighter than my other maple kendamas which seems to make it easier to land tricks.

My Ozora tribute by RWB is 67g matched and the lightest I own. Plays fast but I’ve landed tricks on it I have yet to land on heavier ones. 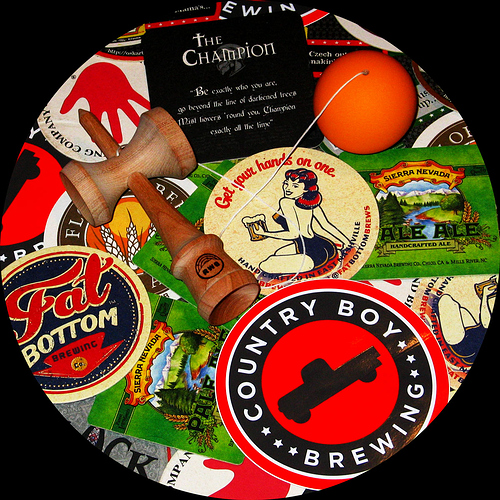 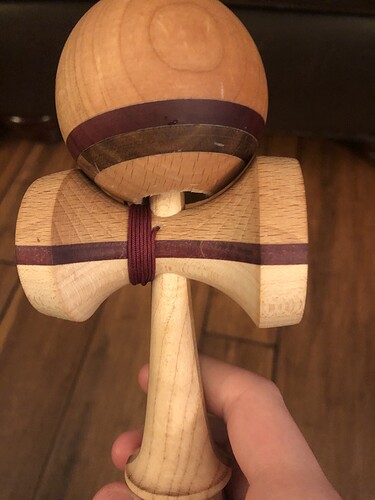 How do you like the splice? I love the look and have been thinking about grabbing one since we got them in stock.

It’s super fun, really good looking and I think the boost Tama is definitely better than the oversized tama, and the design is really clean with no branding besides two small little engravings. I do think it could be just a little bit lighter, but that’s not much of a problem.

Oh also, the cushion clear helps so much. Lunars are just so good, helps with flip tricks, and is just better than sticky in every way imo.

Yeah, I like the cushion clear finish. Thanks for the feedback, I can’t test out kendamas like I can yoyos before buying them lol.

The thing about sticky paint is you never really know how they will break in. Some of them will lose a little tackiness over time, but cushion clear will stay the same for the most part. Out of the box I prefer the cushion clear but I really love a sticky paint that’s been broken in and has a some slip to it.

These are all cushion paint and all played differently and broke in differently except the pink and teal. 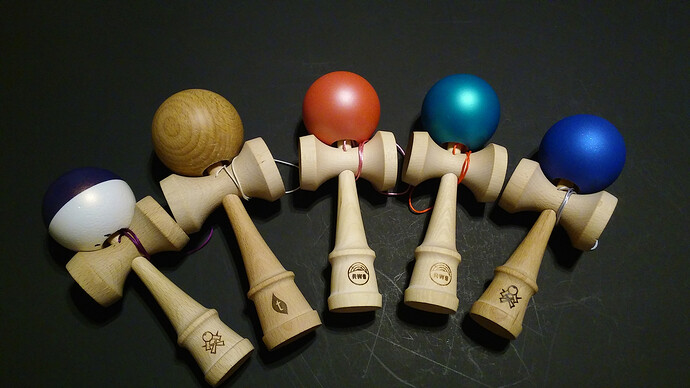 Loved the Freeza at 1st but it’s still so tacky flips to lighthouse, lunar flips, etc. are harder now. It just grabs and sticks and then tilts with no slip. I’ve found I end up liking certain ones for certain styles of tricks. Like natty’s are all ball/cup or birds and no balance tricks as it’s slick as glass. I really need to go through a basic trick list to build the skills. The Japan open had a nice list I saw a few years ago.

Edit: RWB had one of my favorite stickers and names for their rubber paint in orange - 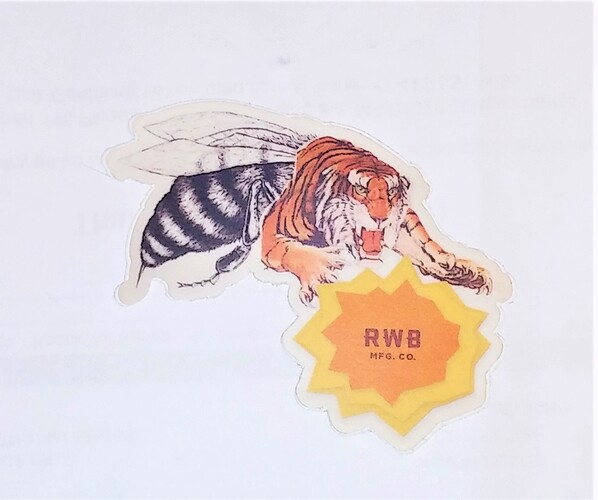