CLYW Beater and the Prototype

Had a couple of requests to display similarities and differences between the CLYW Beater and the prototype. Hope you guys enjoy this quick write up! 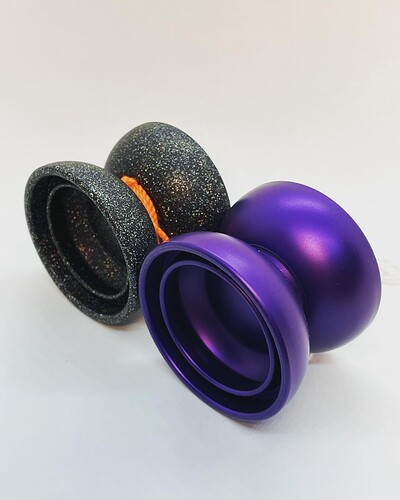 Wanted to talk quickly about how I came to possess the prototype. Last year around this time Steve Brown asked me to powder coat some prototype Beaters in matte white. He sent 5 like the one I have, then 1 that was close to identical to the production run. I coated 4 in matte white then 2 in the andromeda galaxy shown next to the production model. I saw he gave one away as part of a secret santa, not sure what he’s done with the others, but I bet they’re probably getting played and beat up. I kinda regret not taking better pics of the white ones, but here they are. 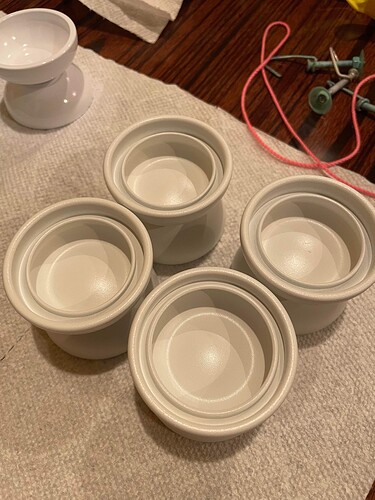 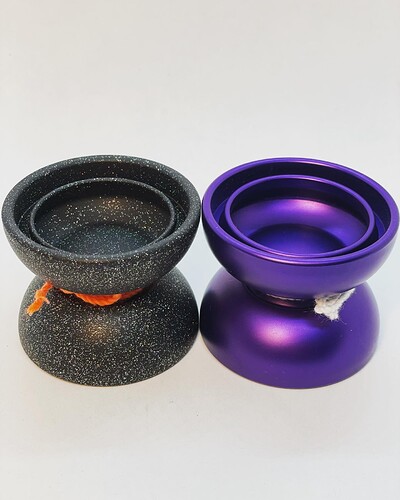 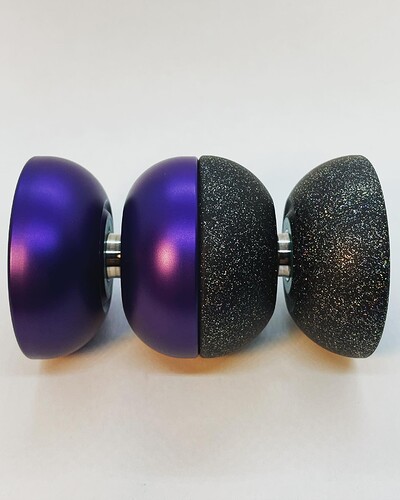 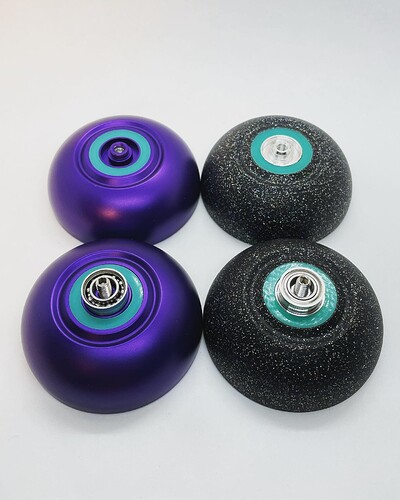 The specs appear to be the same. The production model is made from 7075 Al while the prototype is machined form 6061 Al. Hard to say if I prefer one over the other. The production model and prototype play different enough that I can’t say if one is better. I am a huge fan of both, and would absolutely recommend the Beater if you enjoy a very comfortable yoyo that feels very light and relaxed on the string while being very forgiving. 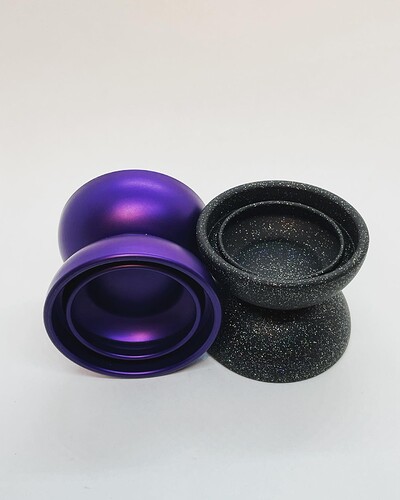 Thanks for this write up. I haven’t said this yet about your speckled Beater, but what a beautiful powder coating. At a glance I really like all the changes done for the production run, they just seem like changes in line with making it feel a little more oldschool.

Thanks for showcasing the differences! It’s also always great to see your powder coating work. The Beater is definitely a very intriguing Yo-Yo. I may have to pick one up after all. I do love Yo-Yos with a more relaxed/floaty feel. Thanks for the insight into the play style!