It’ll be on ESPN. It’s not for money. I’ll toss a yoyo to the winner. Free to join. The draft will be Thursday, September 1st at 8pm.

If you want to join, click the link at the bottom of the post, this is first come, first serve.

Make sure you only join if you’ve done fantasy football before and plan on trying.

Tagging some people below that we’re in a yoyoexpert league in the past that might be interested. 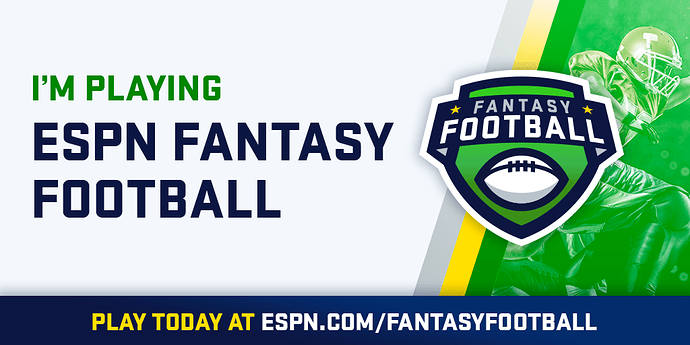 Sounds fun - count me in.

I am already in a league @ work but a yoyoexpert league sounds too fun to pass up. Thx for putting it together.

Awesome! I posted the join link in a couple Facebook yoyo groups as well because we only got 24 hours to fill the league, which is kinda hard with yoyoers, lol

In the past YYE leagues, everyone put up one throw. We don’t have to do this again, but it was added fun.

I’d be down to put up a throw to make things more fun.

Thanks for joining dude. Regardless if anyone wants to add to the prize pool, I’ll make sure to give something to 1st. Much gratitude if anyone else feels like doing the same, but no pressure and not necessary.

We got 5 spots left and the draft is in 24 hours. If for some reason it’s almost draft time and we only have 8 teams, I’ll make it an 8 team league

I really appreciate everyone.

Down to 3 spots left!

Only sign up if you know how to play fantasy football please.

Free to join, and the winner gets yoyos.

Draft is tonight at 8pm CST 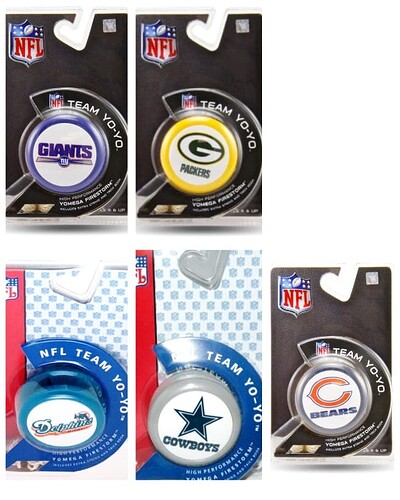 Those are awesome! Especially the Bears one.

We are gonna roll with an 8 person league instead of a 10 since the draft is at 8pm CST tonight and I didn’t want to cut it close.

Keep in mind this is a non points per reception league which puts more importance on your running backs, in my opinion.

Whoever wins will most definitely get a really cool yoyo mailed to them at the end of the season.

With an 8 person league, we should all have super good teams, so it’ll be anyone’s game.

Thank you guys for hopping in on this with such short notice. If you read this in time and feel like practicing, do a mock draft in the ESPN fantasy app. Especially if you’ve never drafted in ESPN, it’ll give you a feel for things.

What did you guys think about the draft? Happy with your team?

Everyone but Lincoln TDT was able to draft. Not sure if they joined from yoyoexpert or the Facebook yoyo BST link, I believe the rest of us are all yoyoexpert.

My team is below, R. Mostart was the only pick that can’t be seen. I normally don’t grab a QB or TE in the earlier rounds but I figured, why not. I feel like my running back depth kinda suffered, but overall I’m excited.

If you joined the league, please leave a post here so we can get your username. We’re going to set up a group pm, so we don’t have to keep posting in this thread.