Who is your favorite reviewer?

There is a lot of reviewers out there. And they all have their own ways of reviewing. Who is your favorite(for me Yoyojoe is the overall best, but I also really enjoy Thows and Brews, Dyaln Kowalski, Casual Throw and others.

My favorites are Nate Martsolf (@yomartyo) and Casual Throw (@Roy_Dodge). Also a special shout out to @EOS44, they only have one review so far (Thesis Hypothesis v2) but it’s one of the most detailed and well structured reviews I’ve watched and put the Hypothesis v2 on my to-try list when otherwise I wouldn’t have given it a second thought.

I gotta give it to Tom, aka Throws N’ Brews. I enjoy other people’s reviews too, I just tend to watch his the most.

Highspeed yoyo reviews were the best. Video reviews just have too much fluff in them for my taste.

They’re all great. I especially like when Dylan or @yomartyo say “i’m not much of a [2a|5a|4a etc] player” and then wing it and rip.

Idk if I have a favorite one. I like alot of the reviewers.But those Ive been watching the longest and most of is Dylan K, he’s nuts and it’s great. Nate is so cool, so laid back it’s great. Tom is awesome too. More recently I’ve been enjoying Roy Dodge, yap!yoyo, and simply mike.

Dylan Kowalski for sure

I have to add, I became a Cubs fan the first time I heard Harry Carey sing the the 7th inning stretch on WGN

I became a Dylan Kowalski fan on the first video I watched, can’t remember the name of the yo-yo but it went:

Let’s do the durability test, cut scene to seeing the yo-yo thrown onto a grill. I laughed pretty good. That moment was it

Yeah my first Dylan vid was that metal dollar store yoyo durability and test. I was just getting into yoyoing. I have a similar one , so I was like, " yeah!,this guys alright!!

I love throws n brews a lot cause we share a lot of the same opinions on yoyoing and @yomartyo because he is such a chill yet enthusiastic dude.

I agree. Love cyyclical as well, but it’s gone now

Would have to agree that @Roy_Dodge is one of my favs. As well as @x0mb and @ThatFlippinGuy

Funny how no one has brought up offroadyoyo yet. I thought loads of people found him really entertaining, though his reviews are really just for fun, there’s almost nothing about the yoyo in those reviews.

As far as pure entertainment goes he is awesome! As you said though the reviews are really just for fun and not really going to help in finding that new yoyo. 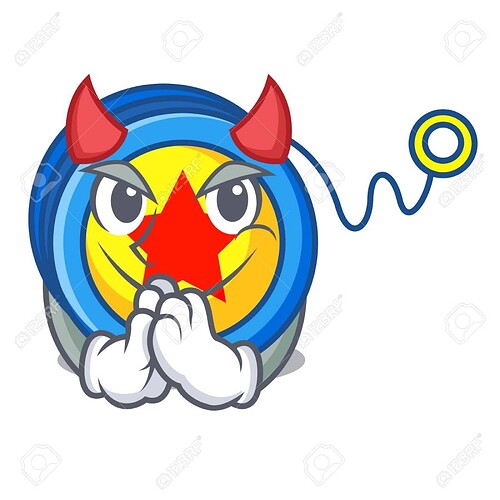 I get something from all of them, but I mostly watch Tom, Nate and Dylan.