Well I’m trying to get my technique down but I put a rig together today and made some strings some full textured nylon(solid white), others with color in are a nylon poly blend so far they have turned out much better than I had hoped for! 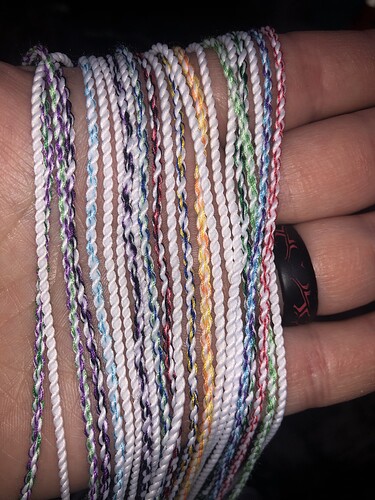 Thanks! So far they play pretty good much better than anticipated for my first run!

These look fantastic. I probably made 100 strings before I got anything this good, nice work!

Update I think I got even closer to Airetic strings!! Turning out great so far this is therapeutic just like yoyoing! 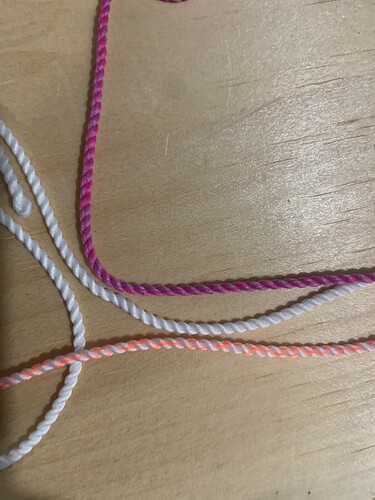 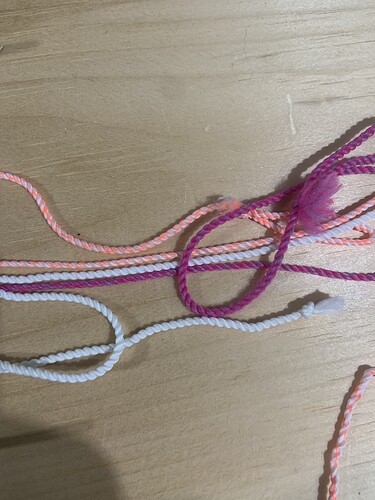 I’ve found making strings to be ABSOLUTELY therapeutic! I keep constantly working on my rig as well, and keeping loads of thread in a shopping cart ready to purchase

I didn’t even know you could make your own…

Any idea how to make a twisted strand with 2 colors that has each color strand stay together so theres a more consistent color spiral combo (as opposed to having the two colors spiraling at various rates throughout)?

I’m thinking of an inspiration like a candycane red and white that have very “pure” color strands that spiral, rather than just having the white and red spiral, but at various (unpredictable) rates…

As long as you are doing it to have fun, if it’s interesting and challenging, you ‘will’ have fun.

But if you get too immersed in it, then you will notice the therapeutic factor will fade.

I can totally see where that would happen!

If you end up finding it, I would love to read through it! I started with some bright (electric pink, bright lime green, and glossy hazard-cone orange) thread, but any combo just turned out mush in general, so I switched to solid colors and it looks pretty cool. If I can figure this out, then I would snag some white, blue, and a few others and start making twisted strands of stuff.

Well I tried this color half and half it worked! All I did was do half the length wraps than normal then loop them through each other then spin like normal! 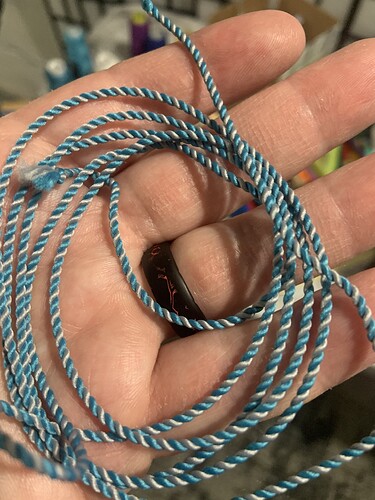 Thats what I’m talking about!

What do you mean “loop them through each other and then spin like normal?”

I think I tried to do that and would up either having them come out as two separate (much thinner) strings that wouldn’t wind together, or as that mixed, non-symmetrical lump of colors I was refering to earlier, haha.

That would be fantastic - thank you!!

Here you go hope this helps

Lmk if this made sense