The YoYoWorkshop ARMAMENT is Back!

We just got a restock of the YoYoWorkshop Armament in all new colors! Even a few very cool Special Editions!

Wayne Ryan (a Chief Petty Officer in the US Navy) and David Albano (a Mechanical Engineer) are lifelong friends and diehard yo-yo fanatics. When Wayne brought up the idea of making a high-end American-made yo-yo to David they began work almost instantly and YoYoWorkshop was born! After creating their first yo-yo, the Tornad-Yo, they quickly learned what works and what doesn’t and put that knowledge and experience into their latest and greatest design. They gathered advice from the community, learned from their mistakes, and went back to the drawing board to create a military grade throw that would take the competitive yo-yo scene by storm! This is the Armament!

YoYoWorkshop drew inspiration from their roots for their newest yo-yo. They researched historic naval weaponry, different cannons and swords, and used those cool design influences in their final rendering for the Armament. It took a few tweaks and multiple prototypes, but once it was finished they knew they had something special! The Armament is a super solid, exceptionally fast, extremely stable, and silky smooth yo-yo that has quite a unique look, which can pretty hard to achieve these days. 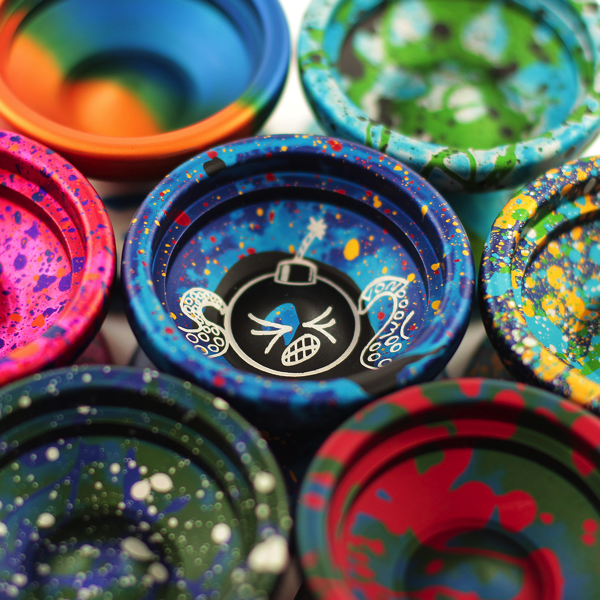 And the Armament isn’t just an amazing playing yo-yo, take a look at some of the best ano and artwork we have seen! The artwork was actually done by Wayne’s father, Jim Ryan, who is best known for the conception of the Toys R Us Geoffrey the Giraffe mascot in the 70’s! How cool is that?!

When you throw the Armament you can almost feel all the hard work, long hours, and tedious Skype design chats that went into creating this yo-yo. We could not be happier to carry it and agree with Wayne and David, once you throw this yo-yo, you are going to love it! 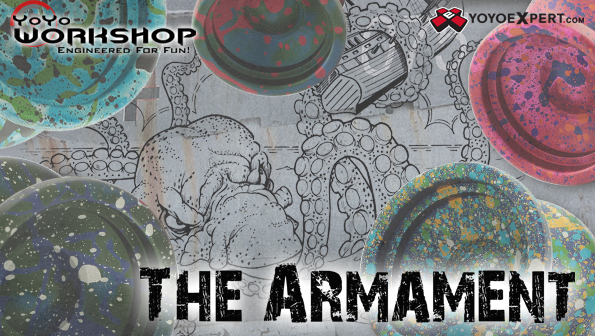 Is there a weight difference for the 7075’s? Or are they redesigns to remain 64g.

Is there a weight difference for the 7075’s? Or are they redesigns to remain 64g.

Oh, also will they be offered ever beyond the single one anywhere?

Oh, also will they be offered ever beyond the single one anywhere?

Yeah, it’ll return at some point…on our next model