Haha right, it seems straight forward enough, but once they start twisting strings and arms i fall apart. But ive suprised myself in the past from this thread…

Is anybody else making much progress? I’ve tried to get this in the past and it’s still just as hard as I remember. The hook at the end especially feels insane. The hop to set up for that, and then actually landing the hook feels impossibly awkward.

This is the closest I’ve gotten so far and I feel pretty confident in saying this one isn’t going to happen for me this week lol.

Thats pretty good, farther than ive gotten… so maybe im doing it incorrectly because i thought the first hop with the arm twist was suppose to be all in the same motion? And the string hops… is that part of the trick? It is pretty difficult though. I will push to get this one though

Yeah I’m not getting anywhere here… i think I’m gonna go 2 weeks in a row with nill to show this time.

Actually you’re totally right and those hops aren’t supposed to be there in the final trick. It should all be one motion for that bit. I hadn’t watched the full trick in a while and the hops just felt fun, so I kept doing them as a part of the trick… oops.

So this is one of those tricks that just going through the motions without trying to land the trick has helped me. So i, without the yoyo moving, follow all the hand movements and string patterns to learn the trick before i am even attempting. Then once i memorize the trick and patterns am giving it a go.
Idk maybe this will help someone

-where is everyone at on this one? Not easy-

Happy Friday everyone.
I would like to announce a new format that we will be using here moving forward.
Trick-a-Week wants to open up the selecting process and see if we can help eachother learn more of what we all want together. Please feel free to SUBMIT tutorial suggestions to anyone of us. @ANGVS @ryanmcg @Mystik and myself will collect and organize the suggestions. Our goal is to chose tutorials that everyone can enjoy, be challenged by and help eachother with.
Please feel free to pm any of us your request. I will make periodic reminders in case people are new comers or miss this announcement.

Ive been really binging a lot of @DocPop . His pop cats are loaded with crazy good stuff, beginner to advanced concepts. This sabering idea is really cool and has a variety of options.
The pic below is the break down of the times of each element DocPop presents. Sabering Popcast

Here is the link to the Popcast and Tutorial.

Just a thought from me, and feel free to disagree and ignore.

The challenge for me as a full time working adult is that some tricks are clearly tough and might take longer than a week to get down and film. For me it then puts me off learning said trick as I know there will be another three tricks before I get the original one down, and thus I feel I’ve fallen behind. I know difficulty is subjective, so hard to judge that skill level across this group.

The other aspect I’m constantly working on is combos, so learning tricks that can be flowed into a combo on video and not just be a single trick video is nice.

I kinda dropped out of TaW for a while because I was just wanting to learn harder stuff that was just taking up all of my yoyo time to practice and learn. Easier tutorials are nice, but also getting pushed out of your comfort zone to try new things and push yourself is greatly appreciated.

I’d like to see some more non-1A trick weeks, but it always seems like the participation for those is very low. So it might not be worth it, but maybe more fixed axle/0A tricks would break people out of the cycle and get more non-1A participation. But still more 2A-5A stuff would be awesome.

I’ve definitely got some suggestions for tutorials I’ll send somebody later. I’ve been really interested in learning old/classic tricks from the early 2000/ lately, because I feel like my trickset was getting a bit too modern competition oriented. Going back to some classic stuff I never bothered to learn before has been very fun, and I feel like on the whole, the older tricks aren’t nearly as hard to learn especially when you’ve got a modern yoyo to learn them on.

A year-end highlight reel is an awesome idea to see how far you’ve progressed in both yoyo knowledge and skill.

I like your idea. The process is evolving.
I think the majority of the people active and lurking are working adults. I have 2 kids and run my own business. 90% of my throw time is on my commute. I Also struggle to learn these complex tech heavy tricks. But i often pick up something useful. Everyone will practice at thier pace. Our goal is to try and make this enjoyable for all of us and maximize everyone’s engagment either by posting videos, posting comments or starting discussions.
I’ll be honest organizing a month if tricks month after month into a coherent year sounds like a full time job. I’ll be happy to take applications for this position. (Joking around here)… i like the idea, i also like the variety of tutorials presented. Many times I’ve been exposed to tutorials and players that are totally new to me. Also for organization the first post of this thread has a link to each tutorial and to past trick a week threads. I’m still working on stuff from 2 years ago!

Year one we did a friendly contest at the end of the year. @ryanmcg and myself where voted into first place because i think everyone voting was drunk… here’s a link to that Year 1 90 sec freestyle

We can try to bring this back if there is interest?

Please bring on the suggestions. I’m hoping this can help make Trick-a-Week better for everyone. Thank you!

I promise all suggestions will get used at some point, and if possible sooner then later.

Im asking that everyone PM any suggestions to @ANGVS @ryanmcg @Mystik or myself and please do not post a suggestion on this thread, we are trying to be organized

I really like when people post videos and also come up with some alternative combo ideas. Super fun and interesting to watch.

I just wish posting videos was easier on the forum

Been really enjoying Sabering… three hours of practice flew by (still want to try and get the hook/whip version down).

Managed to get a combo on camera! 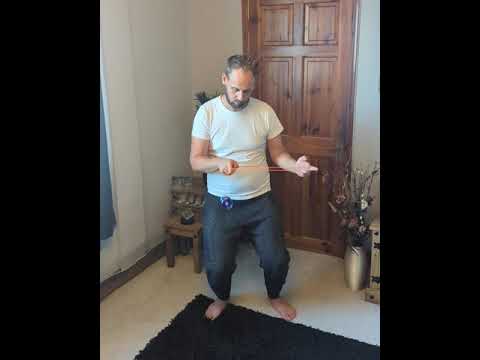 YESSSS! THAT WAS AWESOME! I was hoping someone would enjoy this one! Great job!

I’ve been uploading my clips to imgur using their cell phone app. It’s a lot easier and faster than uploading to youtube for me, it might be worth checking out. The links from imgur seem to embed onto the forums well enough.

How is everyone getting on this week?

Love the Sabering… i even got the whip a few times… but that pony fart at the end is not happening.

So this is the best i got… Sabering is deff fun and willcontinue to work on this.

I really liked the idea of using sabering to set up for a branding… unfortunately actually doing clean under leg brandings eludes me. I think this is gonna be the best I can do for this week.