I was just thinking recently I really prefer reading reviews and interviews rather than watching them. I thought I would see how everyone else likes their content.

I rarely ever watch reviews.

I prefer written by such a massive margin. Video reviews always feel like they’re 95% fluff. There’s the actual review portion of it, but that’s scattered across the entire video length. A lot of video reviews to me also feel like a large potion of them are just taken up by listing objective information. Half of the review is just reading off of a Wikipedia page for something instead of actually giving a subjective opinion about said thing.

Written reviews feel like they always have so much more substance in a form that’s much faster to get through. There’s good video reviews for sure, but I tend to think there’s a lot more quality written reviews than video. I’m also taking this as a question of reviews in general, not specifically yoyo reviews.

Reading is faster, and you can jump right to the info you are interested in.

i like reading as well. i feel like i get more out of a good read - a well-written piece. unfortunately these days it seems content is more multi-media driven…. i’m guessing this is more beneficial to some people, and even some tutorials i can appreciate like that. but reading i prefer

(This user has been censored by forum moderators)

I like them both for different things. It’s true, reading saves time. So I like that for a lot of things.

But there’s a lot you don’t get from reading, say in a yo-yo review.

You don’t get to see the person’s skill level to see if they know what they’re talking about.

You don’t get to hear their vocal inflection, which communicates a lot.

A lot of times, when I’ve read a review, I feel that I could have gotten just as much from spending 20 seconds looking at the specs. That’s why I film my reviews that I make. There’s a lot I want to communicate visually, and with sound.

But again, I can see the advantages of reading content as well.

I’ll cite my Doombot review as an example. True, I could have pared it down a little on time, so there’s a little fluff that comes with the video format.

But there’s so much I wanted to get across here that I just could with just written words. 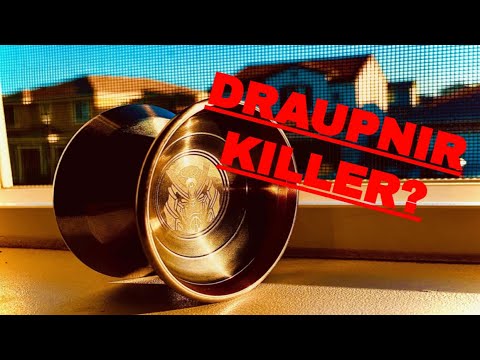 That’s a good point as well. I would say over half of the people here are

A.) Adults, who probably spend more time reading than surfing on YouTube

B.) Collectors, who often emphasize the brand or age of a yo-yo, more than seeing videos of how well it handles demanding tricks.

I think these two things largely explain the voting results.

Both. Usually if I’m researching a potential purchase (not just yoyos), I’ll be doing a search for articles on one screen and hop over to YouTube on the other so the review videos can play while I browse articles.

If one or the other comes to a part that’s actually interesting or informative, I’ll either pause the vid or take a break from the article and focus on the meaty stuff.

I don’t mind a written review but I hardly ever read any. Yoyos are tactile objects so I feel like I get a lot more out of a video review than a written one. I don’t think the persons skill level matters as I feel that’s only really important for people interested in competitive play which I never have been (and no I don’t just do kwyjibos on organic yoyos

). I think I’d learn more about a yoyo from someone with a lower skill level than myself than someone who has a higher skill level. If someone with a lesser trick knowledge can do X, Y and Z on a yoyo it tells me its probably a good yoyo. But if a competition pro does X, Y and Z then I’m just like well yeah you could probably do that on 2 rocks stuck together haha

You make some very good video reviews. However, I have a good understanding of the ability of most of the reviewers I respect going into absorbing a review. I think it’s a bit of a balancing act at this point in time. If you’ve already proven what you can do, writing reviews for the small community that actually looks at them is the better call. Make a site or a YT channel where you show us your stuff a few times and then let the “skill” aspect ride. I think writing can reflect inflection of voice. It’s the better format, given the size and “it’s a small world” aspect of our community, but it is more dependent on the reviewer’s ability to express with written word and willingness to accept that it’s a less accessible/desirable/clickable form of criticism. You’ve got both, dude. Unless you’re planning on making it big (a relative term, with regard to yoyoing), which would involve becoming very entwined with another sponsor/team/sellout opportunity - why not give it a shot? I think you are a smart guy with an ability to write who understands his audience. Try a written review, at least once. Review the Shutter, or the Redacted (again), or tell us what you think about a popular/mythical organic’s ability to sustain horizontal combos. Writing is cathartic and enables some things that just aren’t possible with video, even if you’re doing it for an audience.

And it’s “cite” and “pared”, remarked on purely for the purpose of your undoubtedly high-quality future written reviews

The forums are a text first platform. Yes, you can link and embed video, but if you ask people who chose to participate in this forum “do you like to read about yo-yos?”, they already answered that by visiting the site.

Instagram is a visual first platform. Most people are going there expecting to watch videos. If the survey was conducted there, most people would probably say they like watching videos about yo-yos.

I’m not saying there’s a problem with having the survey (after all, it’s just for fun), but I think there will be a significant bias in the sampling.

So I can see where you’re coming from. And I would probably end up making mostly written reviews if the yoyoexpert forums was my main audience. But I don’t think it is.
Realistically, I probably get 20 to 30 or so views on a given video from yoyoexpert. Which is why I post them here, just in case anyone wants to see. But I am fully aware that the forum audience that prefers written reviews is a very small group.

You mentioned that putting in tricks in reviews is a balancing act because I’ve already demonstrated my tricks a couple times on the forums. Again, I would agree that it was a balancing act, if the forums was my main audience. Besides, most of the time, I put in trick clips as something interesting to look at so its not just my talking face the whole time. And that’s by popular request from people on youtube, instagram, and facebook.

I don’t see myself “blowing up” or anything of the sort. For one, I don’t have time. For another, I’d have to get a tiktok and start making DNA videos for that. But I would like to hit a thousand subscribers some time. Maybe be one of the more viewed yoyo review channels. Even if I did want to get 100K subscribers or something, I don’t think I would be limited by sponsorship. I daresay Sengoku is good enough for me. I would be more limited by luck, and the type of content I’m willing to make.

Again, you guys on the forum are great. But I am very aware that this group is a niche, within a niche. A group that has very specific preferences, that are usually very different than my own. Usually regarding collectibility over performance, and often regarding the skill qualifications of a review irrelevant. Often even preferring reviews from people who are at a low skill level because it’s more relatable.

But I don’t see myself exclusively targeting the forum dudes with written content any time soon.

(Besides, you can’t see my chiseled profile if I’m not on screen

Appreciate the thoughtful reply. I think I was making a number of assumptions based on my own engagement with social media. In my mind Instagram, YouTube, and reddit can sort of be likened to hangout or party spots for yoyo enthusiasts - but YYE is where we live and have meaningful conversations. Then again, maybe I’m just getting old and YYE prompts feelings of nostalgia.

Enjoy making videos! I do like what I’ve seen from you so far.

There are several experts that do yoyo reviews on YouTube. I enjoy watching their videos. I do however prefer to read reviews. I can read much faster than I can watch videos, easily skipping the parts I am not interested in.

Nice topic.
Maybe I am a bit controversial and I am sorry with this post I do not intend to offend anyone in any way.
I do prefer video and mostly I prefer the “trick part” of the video, is the first part I usually watch, from there I can understand if the opinion of the reviewer is something that interest me or not.
Some reviewer I see struggle to do basic tricks so how you can review technically a product? I think a huge and various skill set is very important to review a yoyo also I try to keep in mind what the reviewer usually like, if it’s mostly a “organic, or h or v shape of whatever” person and I take this in account, usually I am not very interested in review except couple of people, for example is unbelievable rare to see someone speaking how the throw play in horizontal.

I think in general a skill set is needed to do a review of an object that we use to do tricks, or the whole review is more or less based on look and quality (which is a section I totally believe any reviewer as they get in touch with a lot of yoyos, while I am not), so I tend to pick everything like a grain of salt and generally have my own idea on a product based on specs and on how it will play for me, or in case is something I want to collection something I like the look and similar.

Something that I follow more than a review is the general “public” opinion, look at the Fulvia, everyone was so right on this one!

Other than that I also like written review, I enjoy to read them in the forum or whatever, with some nicely done pictures and description.

Both of the type of review interest me but what interest me even more is who is the person that review it and how is it’s skill level!