Introducing the One Drop X STATIC CO. collaboration, the Parlay.

“Turn an initial stake or winnings from a previous bet into (a greater amount) by gambling.” 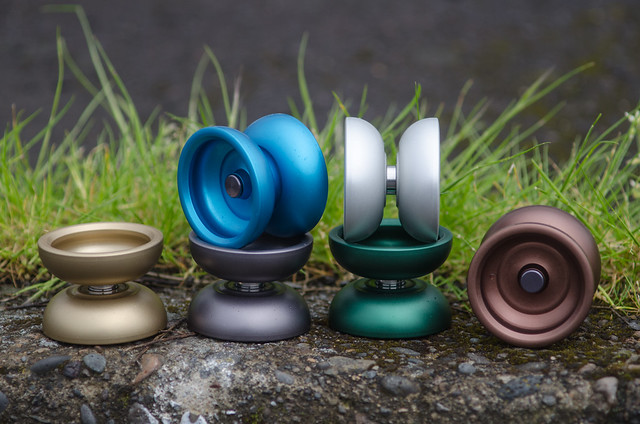 We have been so blessed to make yo-yos for the last ten years. A big part of that blessing is the friends we have made and continue to make everyday. The story of the Parlay started ten years ago at the US National Yo-Yo Contest when we stumbled upon a bunch of rad yo-yoers from Utah after a night of frolicking in the streets. This was a different time when yo-yos were smaller, had more vibe, were just starting to be unresponsive out of the box, and we (all of us in the community) were all in the process of creating the craft of modern yo-yo design, building and playing. Much has been learned and the amazing yo-yos available today reflect this journey. 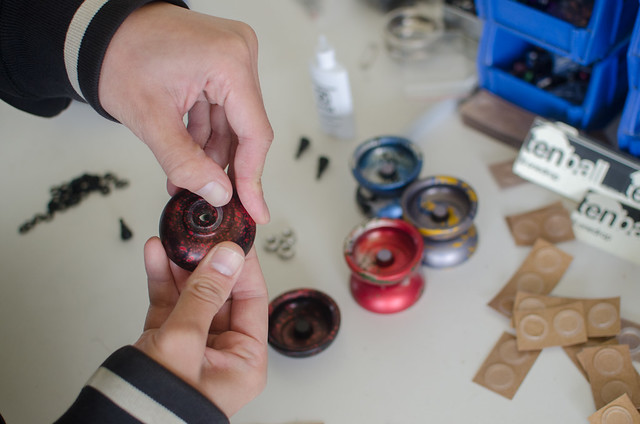 We met Aaron Day of STATIC CO. back then and have remained good friends. Aaron was visiting us recently and the idea of doing a collaboration came up. Of course it did because this is all about friends and yo-yoing. 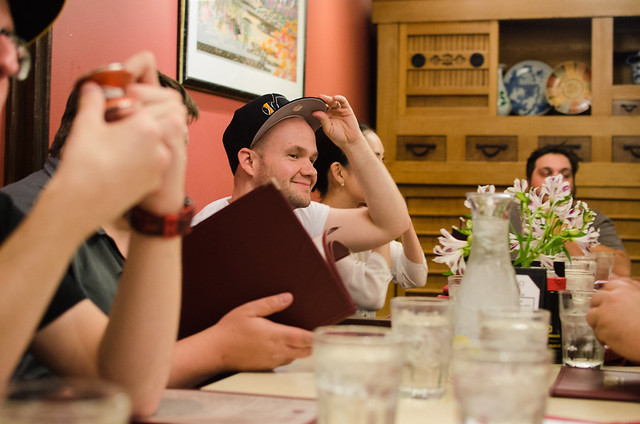 There is a certain nostalgia that yo-yoers who played in the mid-2000s have for those “imperfect” yo-yos of the time. The idea that STATIC brought to the table was to create a yo-yo that seems and feels like it was released in that era but to add the modern touches and luxuries. The Parlay is smooth as you would expect these days. It has Side Effects if you ever feel the urge to add some freshness to it. It has everything we have learned about making yo-yos in it. But you’ll feel like you just got it at the 2007 US National Yo-Yo Contest. 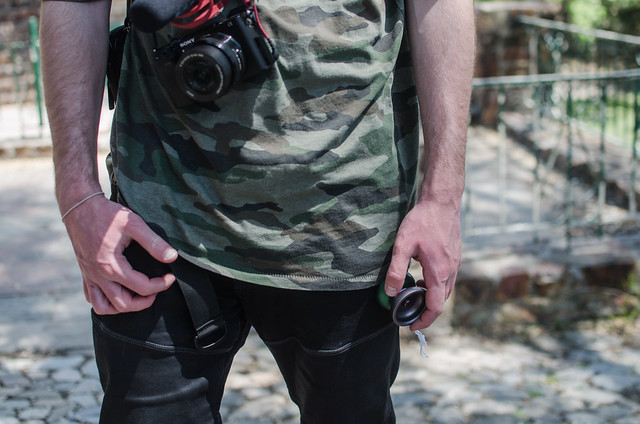 Here is how Static describes their journey as a yo-yo company that has led to this release. Hopefully they will be able to parlay this collaboration into bringing more of their vision to our community.

[i]“When we decided to make yoyos, we really didn’t know what we were doing. We mentally mashed some yoyo designs together during sessions in my garage, and sent the designs to a shop in China. They did their thing, and a few weeks later, we had a box full of yoyos.

We found that this method of manufacturing didn’t really suit us. The story of the SGNL, from the time that we signed off on the third prototype of it, to the moment that it was delivered, is a blank to us. This experience made us realize that we very much wanted to be involved in every step of the production of our yoyos going forward. We wanted a process that would allow for more input from us, more thought on our part, more effort. Something that required us to be present. In other words, we wanted to feel like we had actually given of ourselves in order to add to something that we care about.

We had planned to move production to One Drop for a few reasons: 1. They’re our homies. 2. They make the best yoyos in the world. 3. These dudes live and breathe yoyo culture. In this way, we’re on the level.

So, last summer when I visited them, I approached them about producing our next model. They countered with the proposal to collaborate on a design. We didn’t think twice about accepting.[/i] 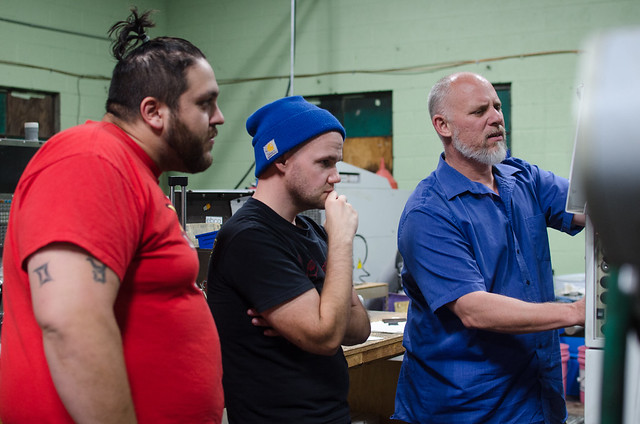 Designed over a decade, executed in a day. 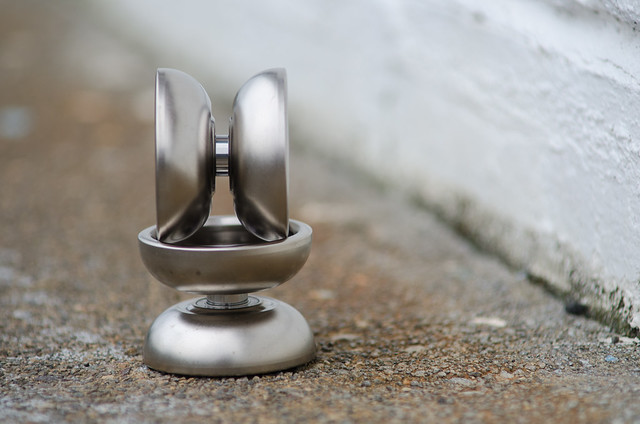 You might recognize some strategically placed elements from some legendary One Drop yoyos from the past (and maybe the present, for that matter) in its design. That’s probably not a mistake. The Parlay features the now signature One Drop response bump, though the area around the bump is sunken into the yoyo, effectively creating the Response Moat. This gives you the classic high wall feeling that will whip your ass into shape, but also gives you increased spin time by reducing string friction. Some players may balk at the weight of the Parlay, shipping at less than 62g with Flat Caps. Don’t go by the numbers though, man, go by the feeling. Despite its light weight, it spins for centuries, and is deceptively stable. It even has quite a bit of heft, thanks to the masterful touch of the most talented machinist in the industry. 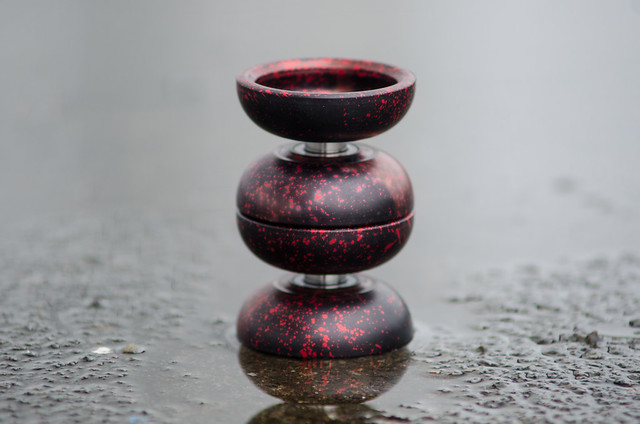 The Parlay is a collaboration in the sincerest sense of that term. Much thought and much love, among other things, went into its design. We had such a great time teaming up with One Drop to create this yoyo. The result is unlike anything out right now and we truly hope you will enjoy it.”
[/i] 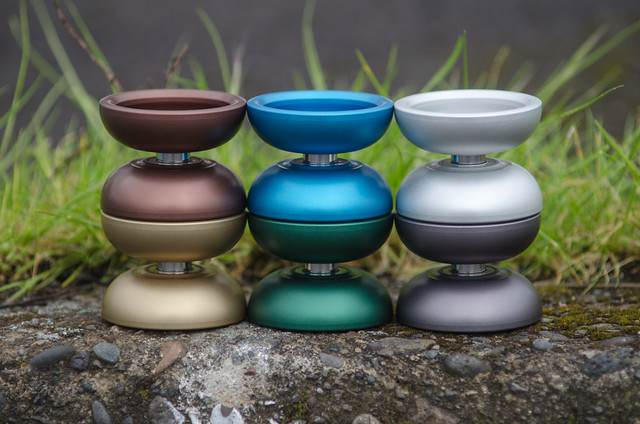 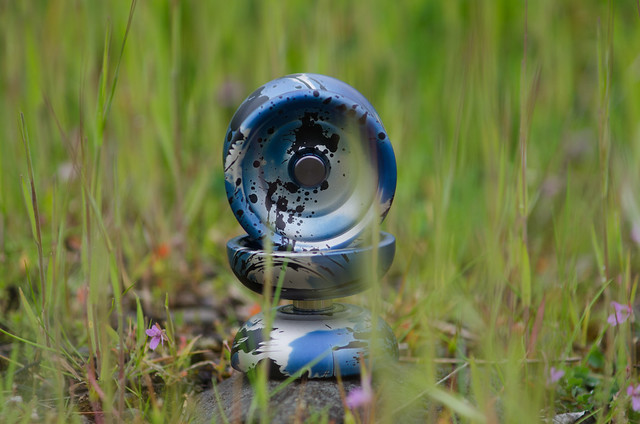 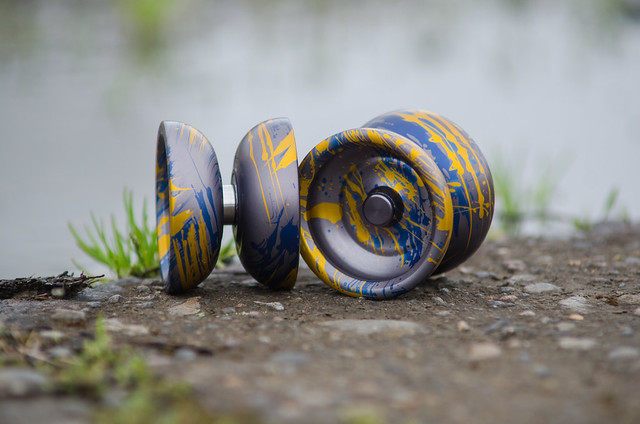 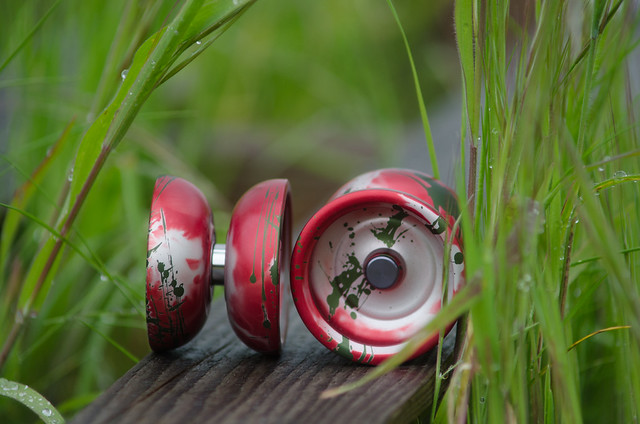 Available here at YoYoExpert on May 26th and starting at $70.

Looks good…especially with more than just single color choices.
All ready for this!

Will these be at BAC?

Thanks for posting all the back story - enjoyed reading it! Aaron is a great guy, and the yoyo look baller.

The yoyo is crazy. I played with it at the Utah yoyo contest and it feels great. So smooth and so light it feels like you throwing Concentrated air.

Definitely one of the smoothest throws I own The Story: "We have been so blessed to make yo-yos for the last ten years. A big part of that blessing is the friends we have made and continue to make everyday. The story of the Parlay started ten years ago at the US National Yo-Yo Contest when we...