One of my favorite people to chat with online (about yoyos) decided to join the Mk1 team after I asked him if he wanted to join.

His favorite Mk1 model is the Exia. He already had a bunch when he joined, and I sent him more, of course! He’s actually been on the team for a bit, but planning out an announcement sometimes takes a while, and getting a video together when you have 2 kids is tricky. 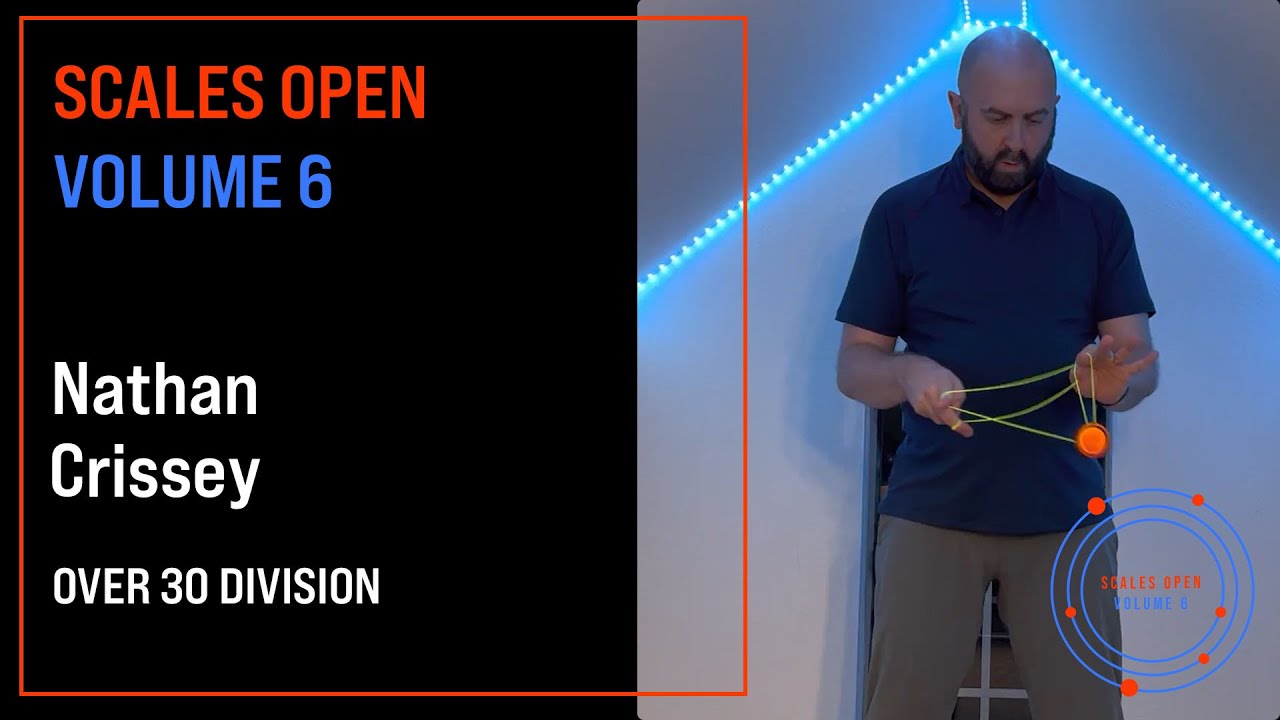 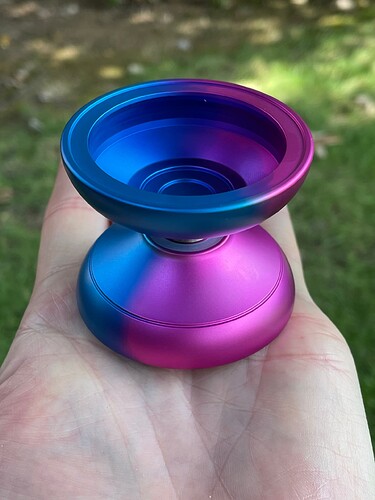 I have something special (to me) for the Mk1 four-year anniversary in October. The third version of the Diffraction. I first announced Mk1 on October 30th, 2018:

I’ve named my company Mk. 1 Yoyos because my name is Mark and and this is the first version of my yo-yo.

I guess the name has simplified a bit since then! This year, I decided to make a Diffraction v3 because I was feeling nostalgic for my first manufactured yoyo design, to get some more cool fades out there, and make a few small tweaks to the design - notably, it’s been adjusted to use a 10mm axle. Almost everything else about the design is identical - 7075, 56x46mm, identical profile shape.

I’ll probably post all the colorways next month, but I’m always really excited to get new stuff in the mail so I’m the #1 mk1 news leaker, once again.

Variations on a theme. 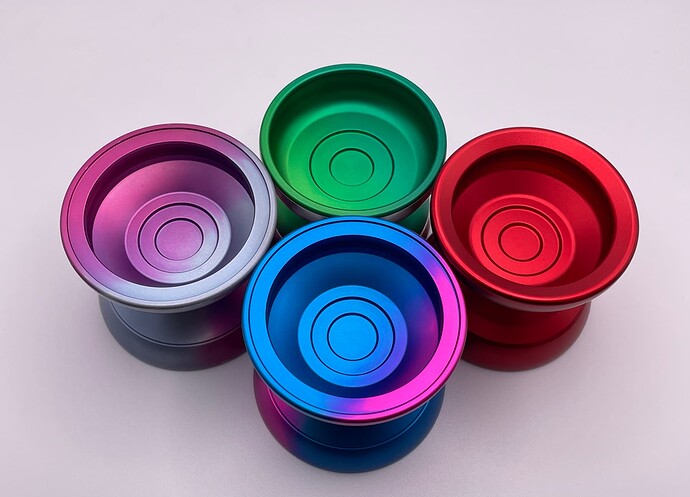 This cup design came from the development of the original Mk1 Diffraction (left) in 2018. I was struggling with how to design a yoyo cup that stood out without being too busy - flat seemed boring, and a variety of nubs and bumps didn’t seem quite as fun as being able to have a neat fingerspin area. Yoyos are also something to touch - even if it’s just in your pocket, it’s neat if there’s a fun texture or shape in there. Regarding fingerspins, the “Diffraction Hub” is a sort of cross between a flat cup and a centering cup. There’s three tiers of where you can land your finger, ranging from mostly out-of-control spinning at the outer ring, down to something resembling a lock-in area in the middle, though the finger will actually orbit in small circles, rather than locking in. With the correct hand motions you can land anywhere and move your finger into the center. Sort of a mini-game within the toy.

I was originally going to use this cup design as a signature design element for future Mk1 yoyos. Mostly that hasn’t been the case, the only completely new production model to use it was the Mk1 Spyglass (top). There’s also a cool prototype with that hub (right), but the next version and eventual production model will have something new there, instead.

The third version of the Diffraction (bottom) has a slightly shallower fingerspin dimple, adjusted just so to allow the 8mm->10mm axle length increase. Fingerspins are slightly more difficult to keep in the center, since even very tiny adjustments in that area of the design can have big effects. It’s still very possible and of course, quite rewarding. If you don’t fingerspin, the higher durability of the longer axle will still be easy to appreciate.

I hope to make more yoyos with this hub design in the future.

So it’d be a full metal fixie that turns your normal throws into offstring throws? It’s a bold concept but I like it.

I’m no scientist I’m just the ideas guy! Also no idea how a full metal fixie actually works, or if it does. I just saw a Fidalgo for sale a few days ago and it’s been on my brain since.

saw a Fidalgo for sale

Its still there, not many of its kind

Here is your chance to find hard to find classic fixed axels. Channel your inner Ed Haponik or Drew Tetz. These are all well taken care of and lightly used. [IMG_3984] Clockwise from top left: TMBR Irving PRO Wooden Yo-Yo [SOLD] John Higby ProFly Painted Yo-Yo $15 (add on) No Jive 3-in-1 Yo-Yo [SOLD] Broke Village Fidalgo $70 Each yoyo will come with extra cotton string. More info about the John Higby ProFly (sorry don’t have the book anymore): The Fidalgo is one of the only …

It’s incredibly smooth. It makes me wonder if it is still spinning it is so smooth.
Hoping someone who will truly appreciate it will buy it. I don’t have the skills for fixed axel. It is hardly used. Still has the original string on it.