If you want to get a new throw go with MYY now, and save your money for the mystery box in November.

Then you can get several throws for a great price and try them all out.

If you’re talking about trick capabilities then they can handle whatever trick you can do on a 150+ yoyos, just like a Squier or Fender given to an experienced guitarist both can handle any song that can be played on either. The biggest difference between modern yoyos are more about feel, quality control, and probably the prestige to it to some extent. The ‘trick capabilities’ is more or less down to the player themselves.

Yep, what he said, definitely most ture statement here

Working with them was a really interesting experience. I think a big thing is that they don’t understand what customers want. And part of that is a cultural thing too. In many parts of Asia, if its cheap and good it will sell well. They don’t necessarily care about the process of how it was made or the story behind it - so companies don’t bother showing it.

It worked well with the Skyva because I handled that. All I did was show what they didn’t think the customers care about - how its done and where it comes from. And also design the damn thing lol.

We (North Americans) care more about where our money goes to. If I want to buy a brand new yoyo I don’t always just look at price - I look at who I am giving that money to. Are they good people? Do they give back to the community? A lot of companies don’t understand or know that people like us exist. So they try to cut their profit margins down and make the best possible product then wonder why it doesn’t sell.

All in all - Magicyoyo is run by good diverse group of people. The owner and staff are very friendly. This can’t be said for all companies in Asia.

The N12 Shark is an amazing yoyo, not just for the price, but it’s just a great yoyo.

The Silencer is also really nice. Although it took a while for me to learn to like it. Now that I’ve played with it more I like it a lot. But the N12 was immediately fun to play with.

The Skyva looks great and I can’t wait to get one.

The Stealth also looks great and I also can’t wait to get one.

The K8 was awful. So it seems to be dependent upon the model. The newer models (Stealth, Skyva, N12) seem to be really good.

Many thanks for all the replies and help.

I’ve picked up a N12 and a Purple Line recently as well and I’m really digging them a lot. I agree with the K8. Mine showed up OK and I cleaned the bearing and lubed it out when I got it (it looked like it had been sitting around awhile) and its just OK.

I’m glad to know they’re a decent company who is doing good things. I’ve really liked 5 out of 7 Yo-Yos that I’ve purchased from them, and the other 2 were fine.

I’m coming from an experience in playing, building and modding guitars, so for me, if I get a cheap yo-yo and have to pull it apart, clean it, set it up a certain way or change something to take it from kinda crummy to pretty good, I don’t find it to be a bother. I like to experiment with things like that. I’ve been approaching yo-yos the way I approach guitars. I want a bunch of them for different reasons. I don’t play blues on a metal guitar and I don’t play metal on blues guitars. I feel like Yo-yo’s are the same way. If I’m having trouble catching a trick or mount, I won’t practice on a small gap throw. If I’m having trouble hitting the yo-yo off of strings I don’t want it to hit, I’ll grab something smaller. I also have little kids who think yo-yo is just awesome, and I want enough to share.

I’m hoping around Christmas time, I’ll feel like I’m good enough to warrant spending $50-$75 on a pro level throw. That’s not to say that I don’t think the MagicYoyos are awesome and fun, because I do and I like that they’re inexpensive enough for me to throw around downtown and not worry about what happens to them because they cost about what a decent lunch would cost.

I have al different types of throws. I also recently got a magic stealth. If it didn’t say magic or stealth on it, u could not tel the difference. It’s 7075 bimetal and spins for days. It slams home and feels heavy yet only weighing ~64gs. For 50$ u will be impressed, heck for 100 or 125 I would be. I reach for the magic stealth before some more expensive mono-metals all day(i.e. orca) which are way pricier. Just my opinion though.

I have a Stealth now. As said, this a go to Yoyo instead of $100 plus yoyo’s. I have a 2Sick Blitz which retails over $100. I would much rather throw the Stealth. It is a stable fun throw. Definitely worth the $50 for a bi-metal.

If you want to get a new throw go with MYY now, and save your money for the mystery box in November.

Then you can get several throws for a great price and try them all out.

Officially, not that I know of.
But they have done it for the last couple years, so I’m hoping.

I’m coming from an experience in playing, building and modding guitars

Guess what I like to build when I have time? 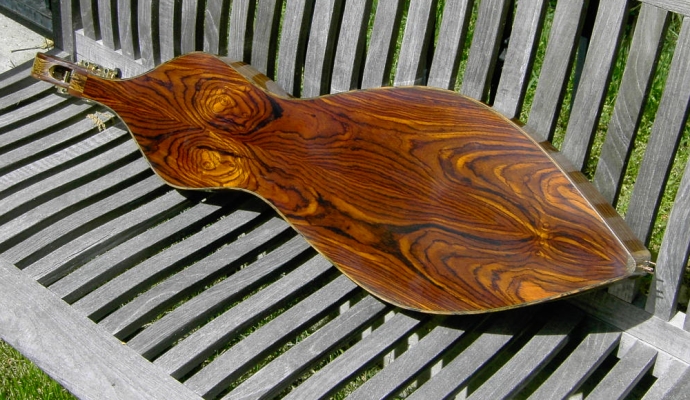 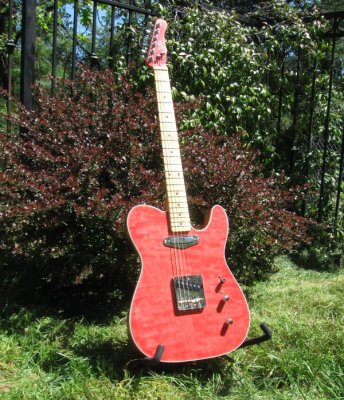 I want that white Tele