Back to Mk1Contact news as these are releasing on the 30th.

HD stands for Ham Dog. This is the signature colorway for Mk1 team member Connor Sheahan. 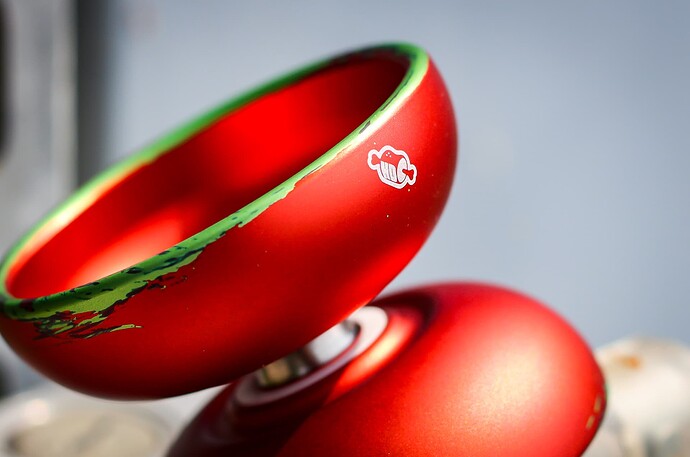 This is a watermelon colorway, something he became obsessed with after seeing a “protomelon” from Smashing Yoyos. This is a different take on that idea which keeps the color separation while spinning, which also smooths out the painterly green “rind” on the rim. 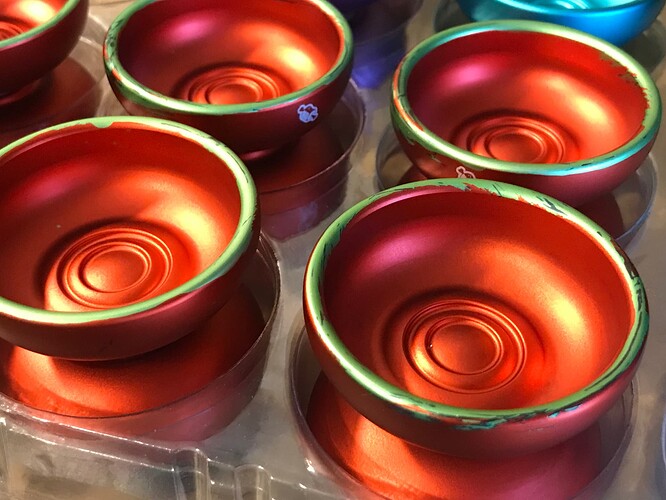 Every one of these looks slightly different due to the hand-drawn nature of the colorway.

Ham Dog also made some tricks with this, there’s more tricks out there of course, but here’s two of them: 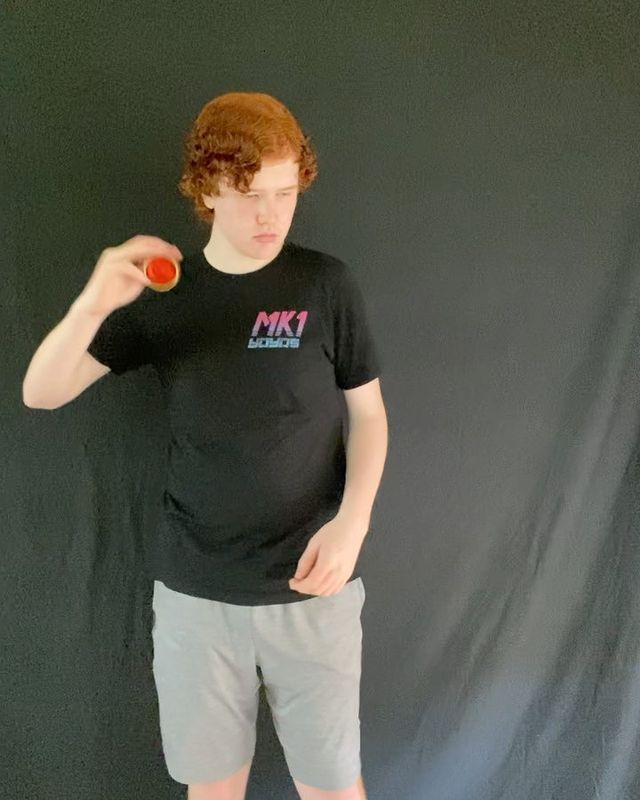 Here’s a @hamdog.cs trick on the @hamdog.cs contact. We love the way the yoyo... 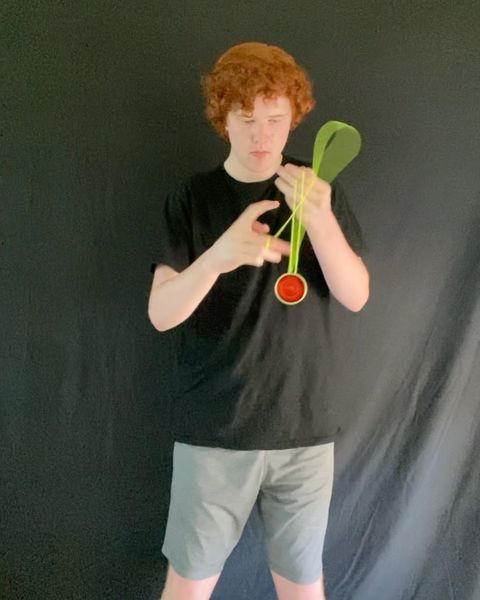 I do, but so does yoyoexpert!

took a pic of some Exias today. 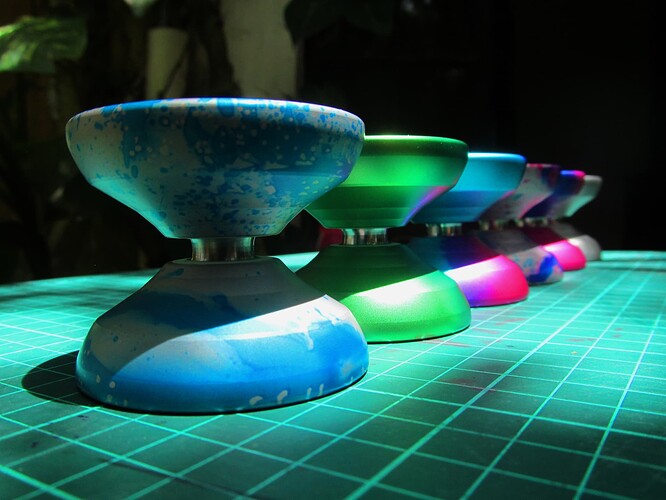 RBC is at the anodizer, just awaiting further news since it’s a bit trickier for this yoyo than others, I’ve been told. Everything else for this project is complete - packaging, parts, etc.

Another brand new production yoyo is nearing the end of manufacturing. This one hasn’t been teased yet, so hopefully it’ll be a fun surprise!

Several items are in prototyping, including the 2nd version of the Mk1 Spyglass, and there’s more yet that I’d love to start prototyping - but as you can see, there’s a lot in the pipeline already!

As it’s getting close to the end of the year, I’m also thinking about running more of the Exia and Contact, in new colorways.

The Spyglass looks super cool. Love the name too! 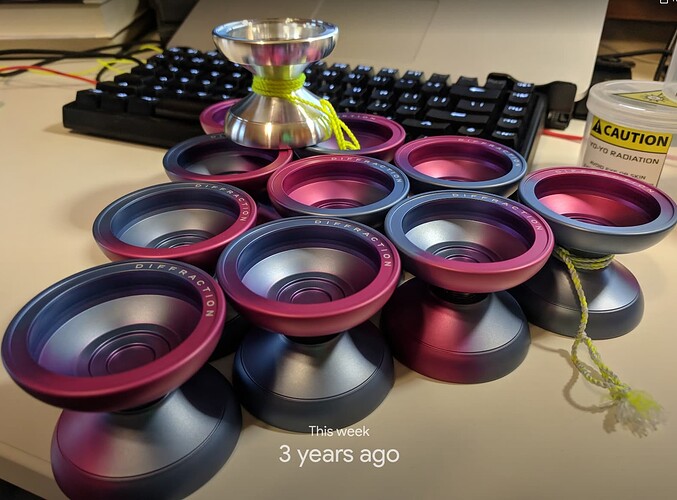 I missed the 3-year anniversary of Mk1!

These are the original Diffractions from my very first project (every single one of them). I still own two of them.

Do you ever plan on bringing them back?

I’ve been thinking about it now and then, but I don’t have a good slot for it in the release cycle yet.

If I were to make more, though - I’d need some cool new subtle fades to try out.

The Penrose triangle is an object that can’t exist in 3 dimensions, first created by Oscar Reutersvärd in 1934. If you’ve picked up an Mk1 yoyo recently (thank you!), you may have spotted one on the packaging.

This 3d animation reveals how a “3d” version of this triangle only works from a single vantage point.

We’re using this symbol as a representation for a new Mk1 x ??? yoyo that is arriving soon.

In other news, the RBC is finally done with anodizing. It will probably be ready for next month. Thank you for your patience. 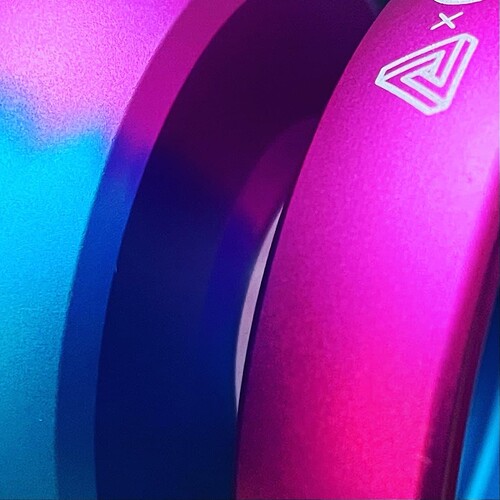 These were put in after the RBC and finished before. I actually have the full run with me now! It’s collabs as far as the eye can see.

got a chance to play with it at the Atlanta meetup and I gotta say boy are we in for a treat!

Love slim yoyos. I think I need this!

I second that. I think I also need it 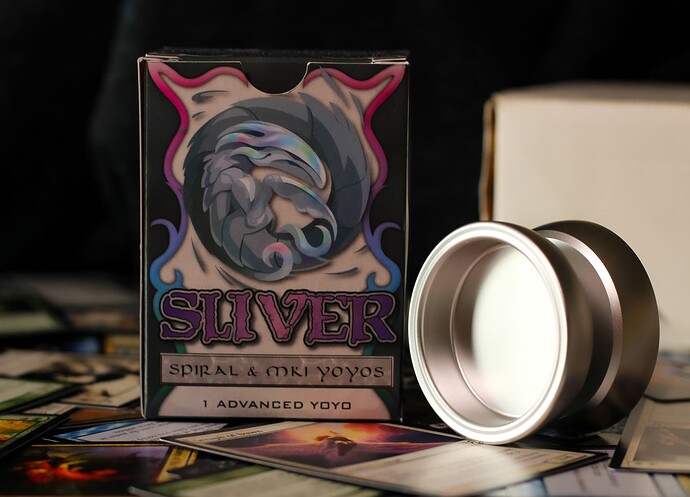